The German Federal Government has decided to mint a €2 commemorative coin “30 years of  the Berlin Wall fall” and will issue it in autumn 2019. The coin commemorates the fall of the Berlin Wall, whose 30th anniversary will be celebrated on 9 November 2019. The fall of the Berlin Wall paved the way for the reunification of Germany in freedom and democracy. It symbolically ended not only the division of Germany, but also of Europe and of the rest of world and is therefore an historic event of global importance.

The design of the national side of the coin comes from the french €2 commemorative coin issued by Monnaie de Paris on the occasion of the 30th anniversary of the fall of the Berlin Wall. It was designed by the chief engraver of the french mint, Joaquin Jimenez. 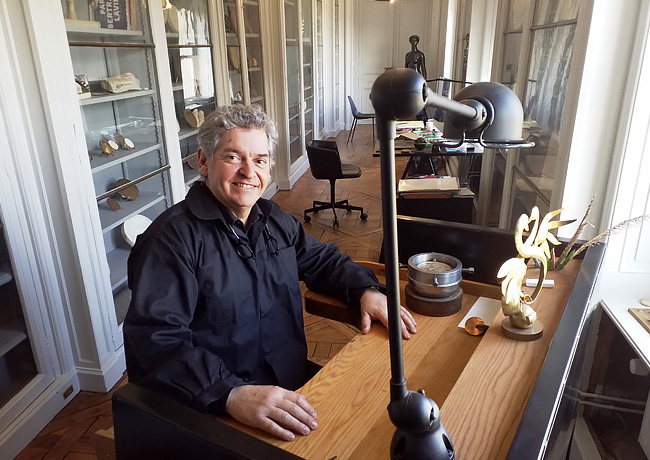 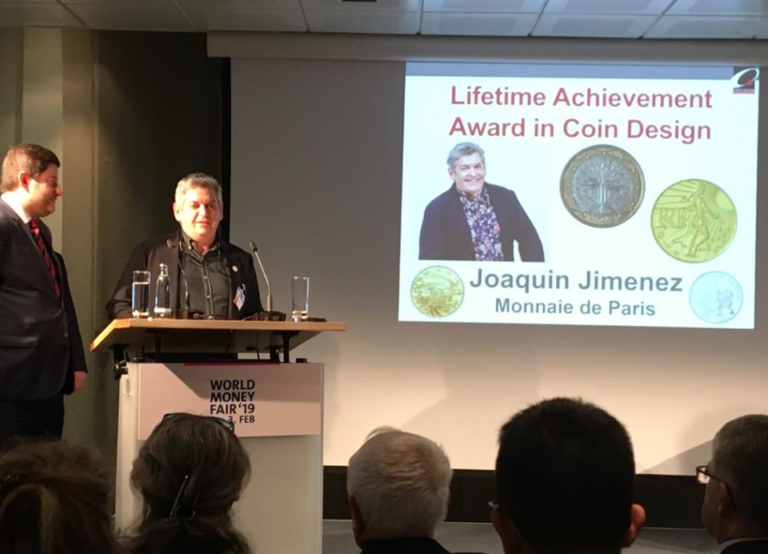 There are slight differences compared to the french design with regard to the letter of the issuing country (“RF” for the French coin and “D” for the German coin), the national mintmarks. The same applies to the text element inserted in the drawing. While on the French coin the inscription “30 Jahre Mauerfall” can be read in French and German, the German motif reproduces this text exclusively in German.

The European side corresponds to the common value side of the €2 coin in circulation used since 2007. It shows a map of Europe, without any national border.

Interwieved by NUMISMAG, Joaquin Jimenez said: “The teams of Monnaie de Paris and I are delighted that the design of the French coin has been taken over by the German Ministry of Finance for the 2019 second German commemorative coin. This is the first time since the euro changeover that a design created in France will also appear on a German circulation coin”.

2 € commemorative 30 years of the fall of the Berlin Wall 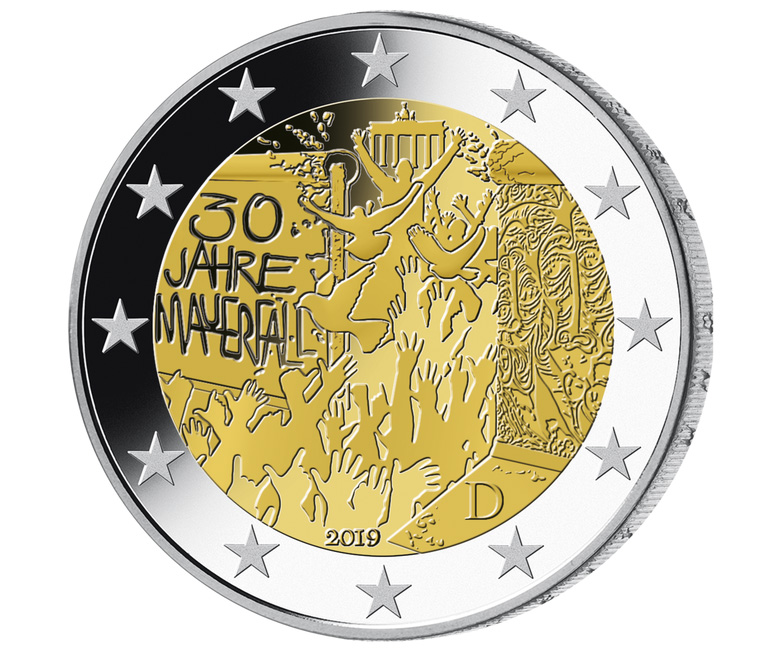 The circulation coins mintage will be up to 30 million coins