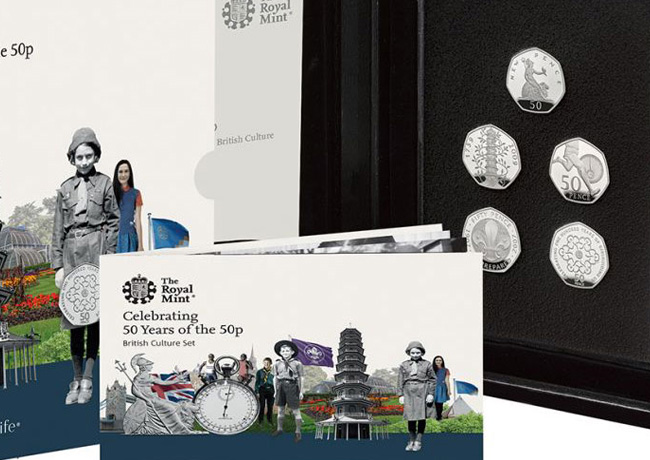 To celebrate fifty years of the distinctive 50p, The Royal Mint has unveiled a special collection of commemorative military coins that will be struck to mark the anniversary of the seven-sided coin, first introduced in 1969. The Royal Mint has a long tradition of commemorating events from military history, and this coin set recalls some of the most epic battles from Britain’s past, the nation’s military achievements and the courage of those who served.

The launch of this collection follows the popular 50p culture set which was unveiled in January 2019.

The 75th Anniversary of the Battle of Britain: For three months during 1940, RAF planes duelled with Goering’s Luftwaffe in the skies above 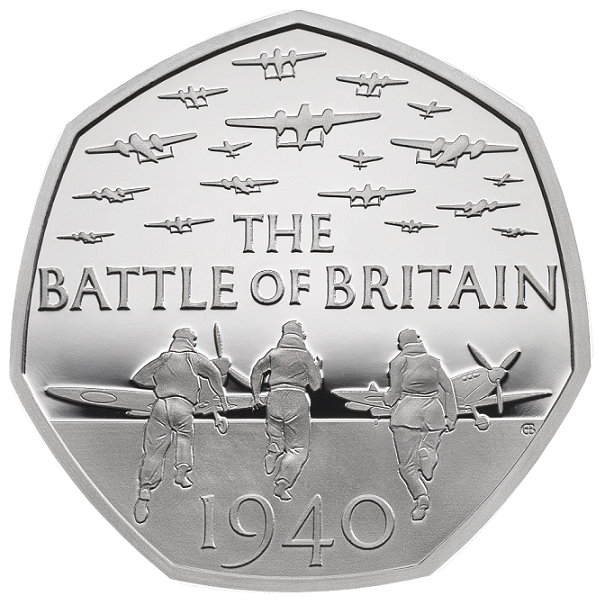 The 50th Anniversary of the D-Day Landings: To mark the 50th anniversary since the D-Day Landings, The Royal Mint released this design commemorating the largest amphibious assault in military history. Storming five Normandy beaches, Britain was able to gain a foothold on mainland Europe, a second front that would take the war to Germany. From the men who conceived it, to the unflinching bravery of those who took part, the legacy of D-Day lives on in the freedoms we enjoy today. 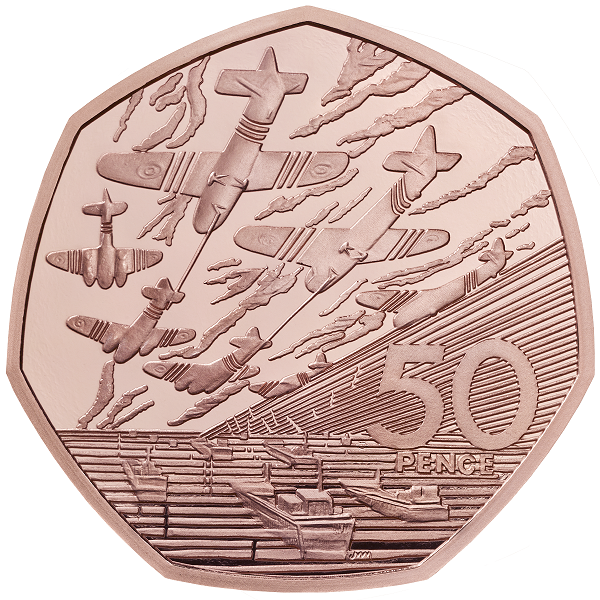 The 150th Anniversary of the Victoria Cross: Introduced in 1856 thanks to the support of Queen Victoria’s husband Prince Albert, the Victoria Cross is the highest award for gallantry that British servicemen and servicewomen can receive. The design of this coin depicts the medal that is still awarded to this day in recognition of acts of extraordinary bravery. 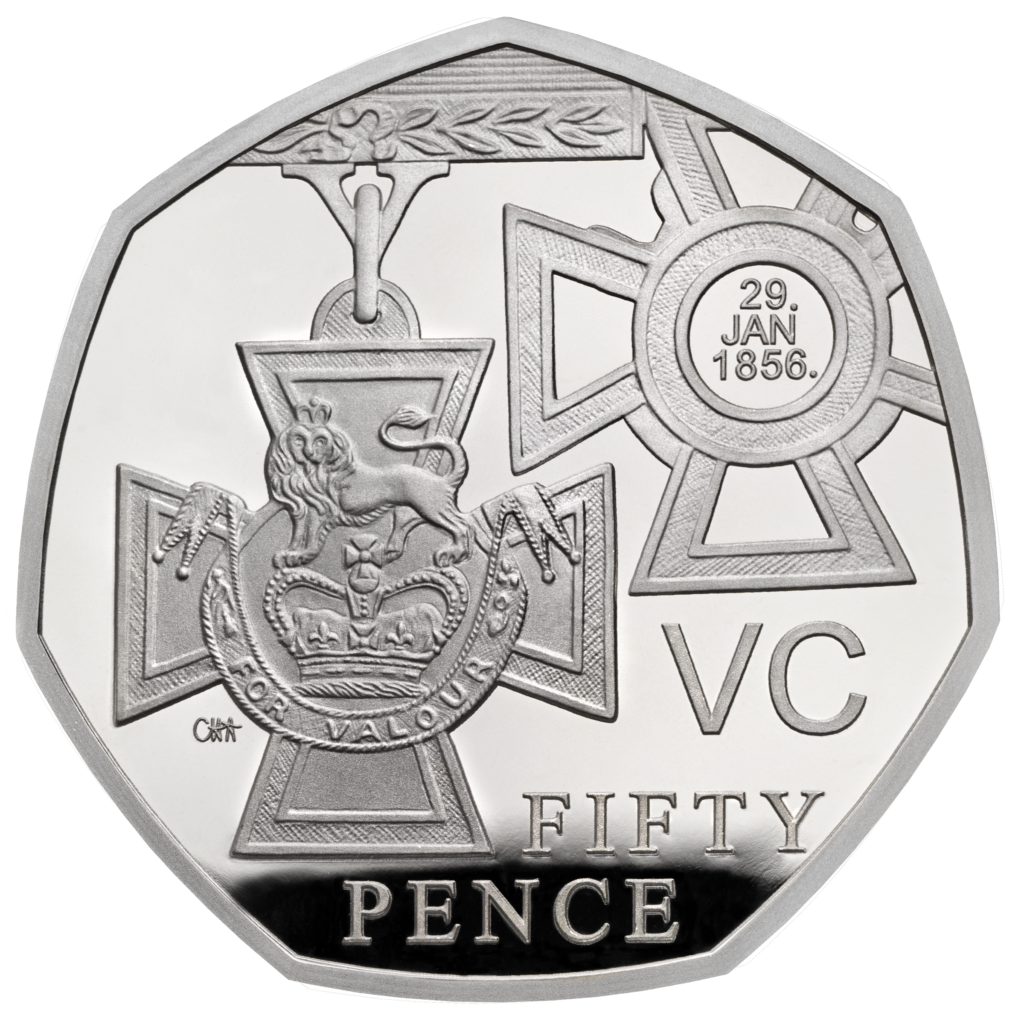 The 150th Anniversary of the Victoria Cross (Heroic Acts): Before the Crimean War only senior officers could be awarded medals for bravery. With war correspondents working in the field for the first time, a movement to recognise the valour of the common soldier gathered momentum. Since its inception in 1856, more than 1,300 Victoria Crosses have been awarded for outstanding acts of heroism, testament to the extreme bravery of Armed Forces personnel who risk life and limb in defence of Britain’s interests. 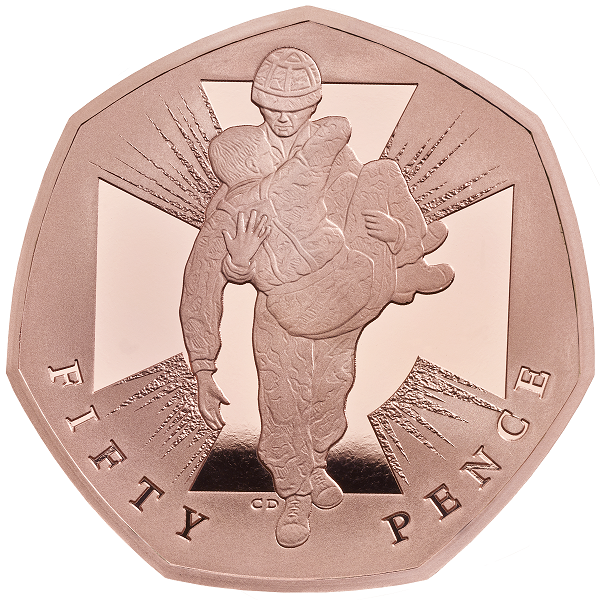 The 950th Anniversary of the Battle of Hastings: This 50 pence piece was unveiled in 2016 to mark 950 years since one of the most infamous battles in British history. The death of Edward the Confessor plunged Britain into chaos as rival heirs came forward with their claim to the throne. Famously documented on the Bayeux Tapestry, Anglo-Saxon and Norman forces clashed at the Battle of Hastings, where an arrow to the eye sealed King Harold’s fate. 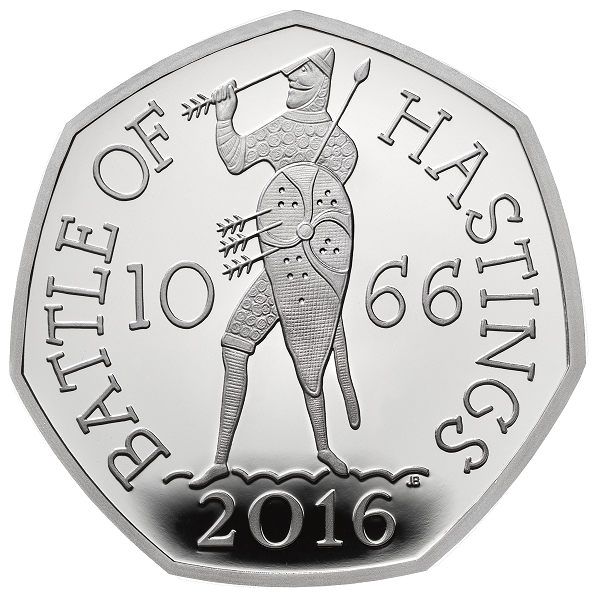 Nicola Howell, Director of the Consumer Business at The Royal Mint, commented: “The distinctive design of the 50p has become hugely popular since it was introduced in Britain 50 years ago. Over the years, it’s been fantastic to launch commemorative versions of this popular coin to mark significant cultural and historic events for the nation”. 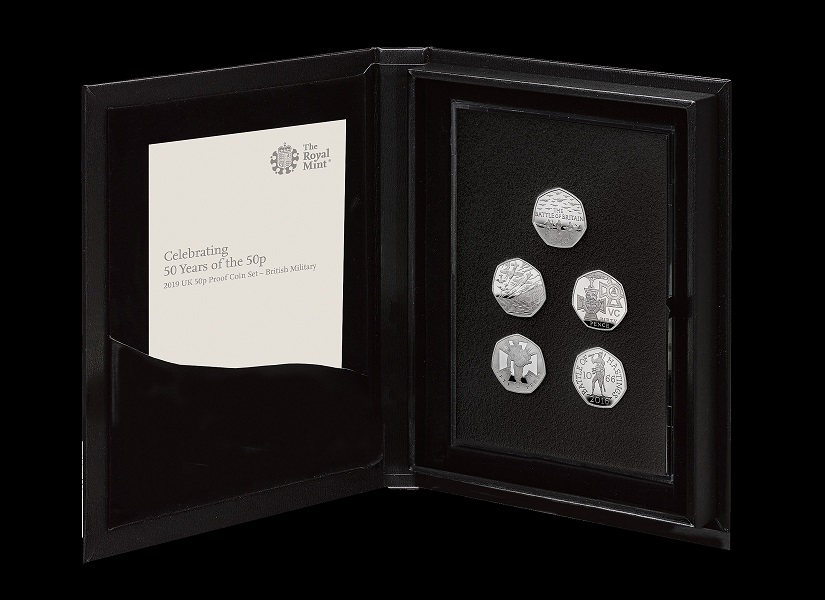 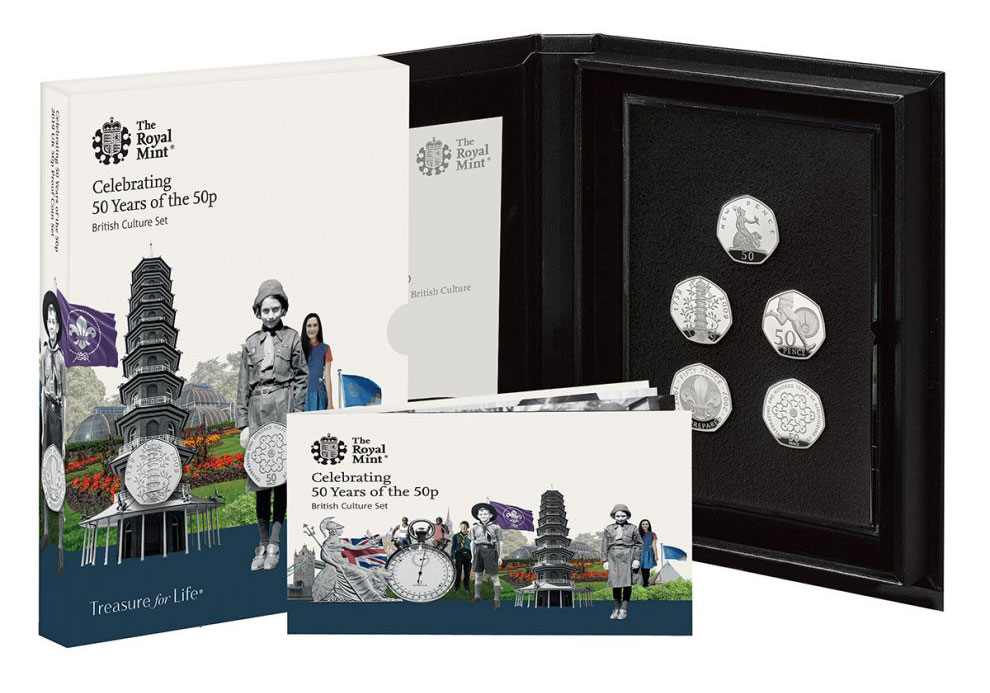 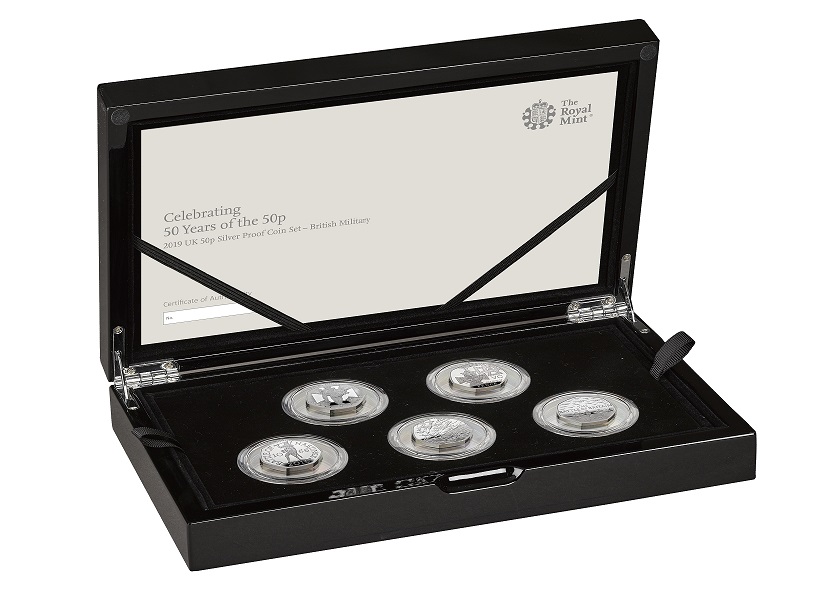 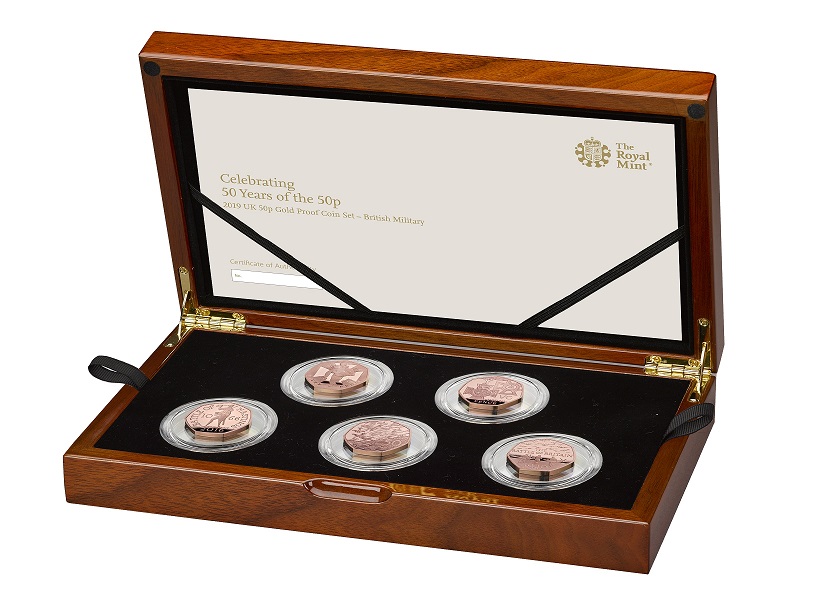 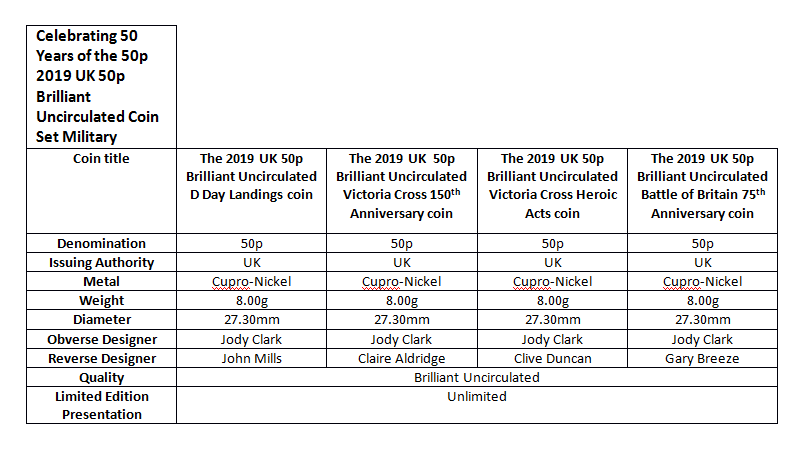 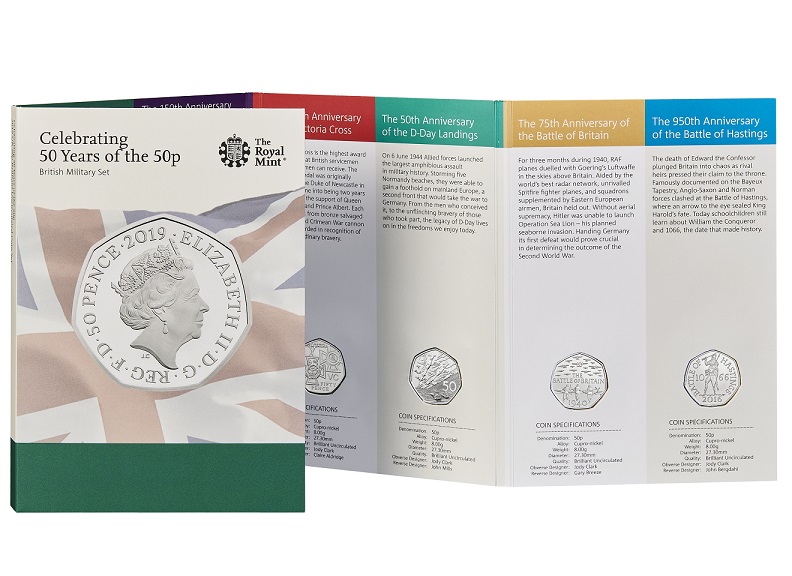