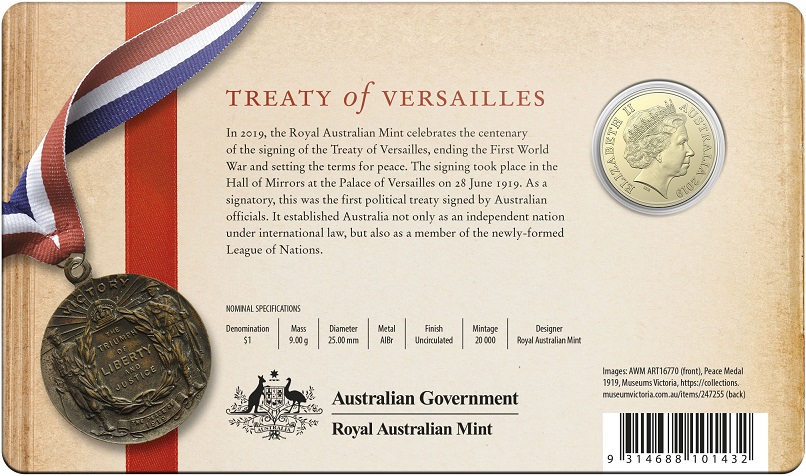 The Royal Australian Mint released unique coins depicting the allegoric figure of peace in commemoration of the historic signing of the Treaty of Versailles on  June 28th , 1919 – one hundred years ago today.

The intricately detailed coin design is inspired by the ‘Peace Medal – Triumph of Liberty & Justice’, first issued to schoolchildren throughout Australia to mark the end of the First World War.

“These coins mark one hundred years today since Australia became a signatory to the Treaty of Versailles, a document acknowledging our country’s full national status as the Commonwealth of Australia,” said Mr MacDiarmid. 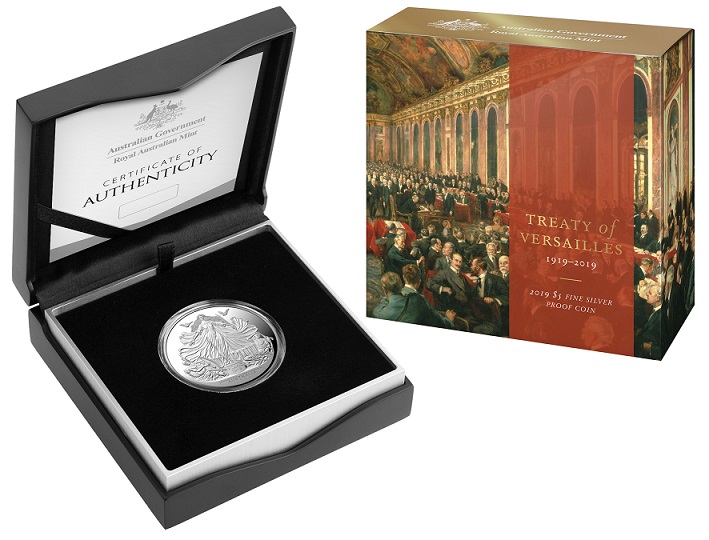 United Nations Association of Australia National Executive Director, Lachlan Hunter said Australia’s role at the Paris Peace Conference 100 years ago represented an important milestone in our history, as an independent and active member of the global community.

“100 years on and it’s important to reflect on Australia’s place in the world and how we model the ideals of the Treaty” said Mr Hunter.

The Treaty of Versailles was the first political treaty signed by Australian officials, in effort to establish the conditions of peace ending World War I.  Australia’s involvement in the negotiation of the international treaty’s terms marked Australia’s independence under international law, and established the country as a founding member of the new League of Nations (now known as the United Nations).

The signing of the Treaty of Versailles took place in the Hall of Mirrors at the Palace of Versailles on 28 June, 1919 as part of the Paris Peace Conference.  Among the 32 signatories, was the Prime Minister of Australia at the time, Billy Hughes. 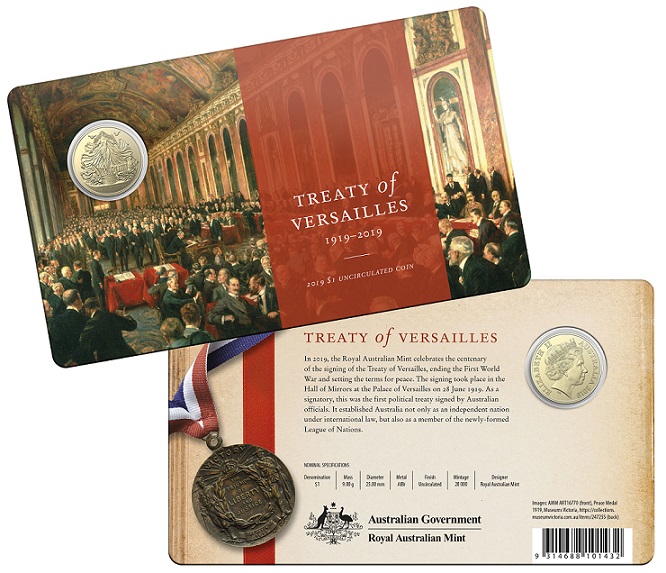 The 2019 Treaty of Versailles $1 Uncirculated coin is available in a limited mintage of 20,000 coins. 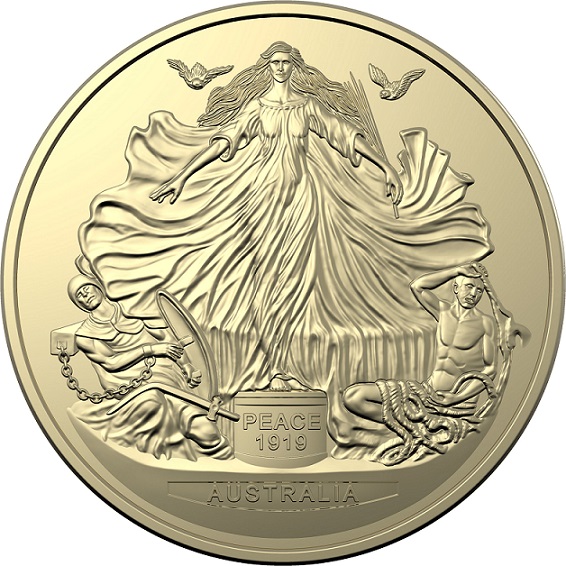 The 2019 Treaty of Versailles $5 Fine Silver proof coin is available in a limited mintage of 2,000 coins. 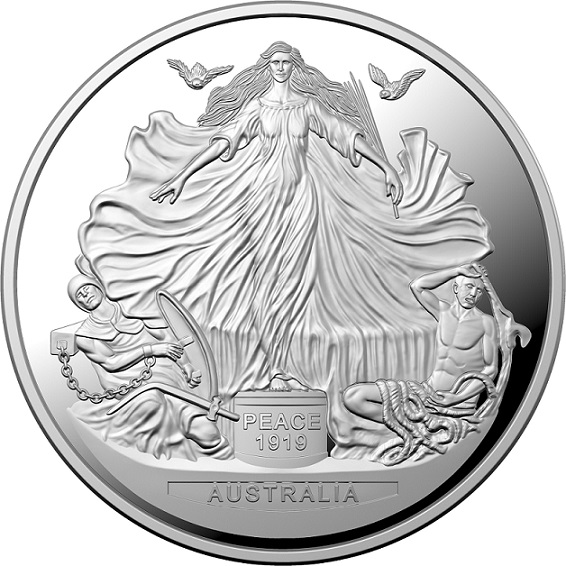