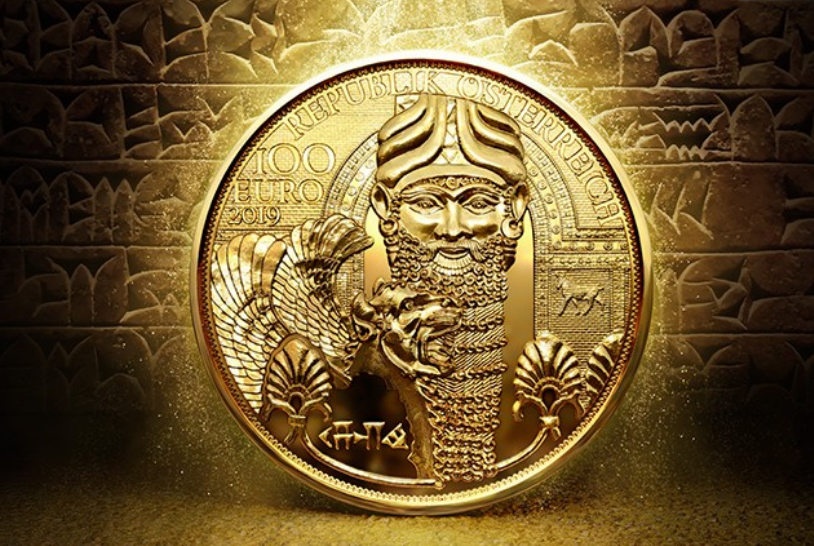 Since time immemorial, gold has had a special effect on those who behold it. The Magic of Gold series traces the mysterious nature of gold in Ancient cultures. No other metal has as much symbolic meaning as gold and no other concrete substance has been linked with so many abstract concepts, including heavenliness, immortality, purity and power.

All six coins in the Magic of Gold series feature ancient art treasures and the word ‘gold’ is written on each of them in the respective script of the culture they explore: Mesopotamia, ancient Egypt, the Incas, the Scythians, India and China. 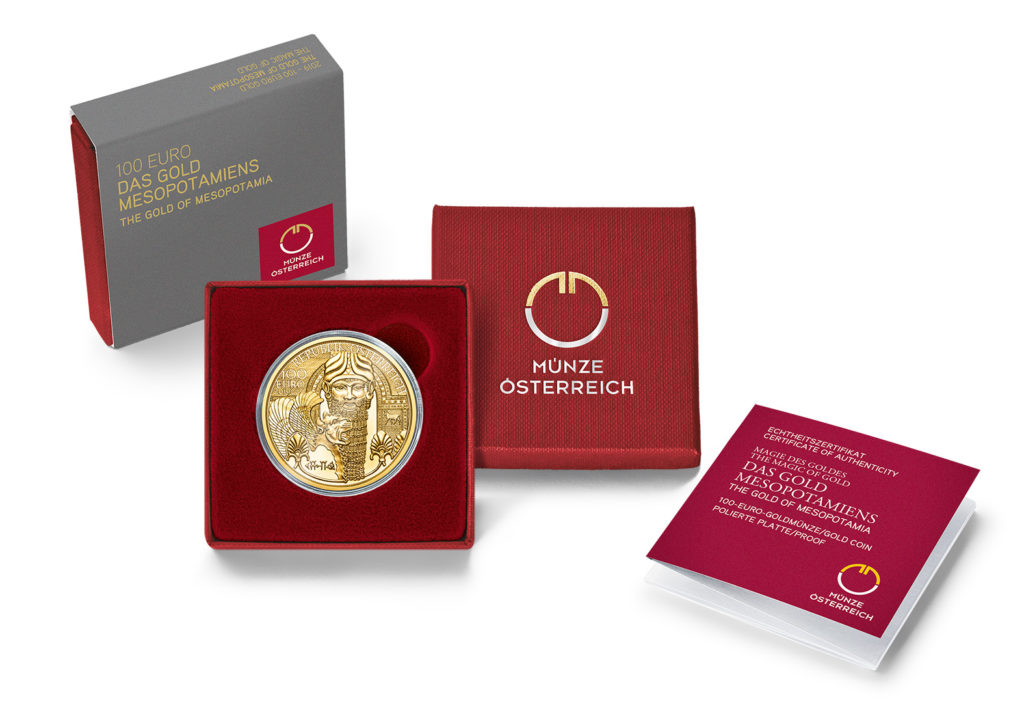 With the first coin in the Magic of Gold series we travel back in time to Ancient Mesopotamia, ‘the land between two rivers’, the Tigris and the Euphrates. In Mesopotamian culture the ownership of gold was associated with high standing and all gold had to be handed over to the ruling classes and religious leaders. It was reserved for the powerful and the even more powerful – the gods. Mesopotamian gold was mainly sourced from Egypt, where it was believed that the streets were paved with the precious metal.

The Gold of Mesopotamia coin features a portrait of the legendary ruler King Nebuchadnezzar II (circa 640-562 BC) wearing a horned crown. According to the Book of Daniel in the Old Testament, Nebuchadnezzar erected a huge golden statue and made his subjects worship it on bended knee. As elsewhere, in Mesopotamia the ownership of gold was associated with high standing. It was reserved for the powerful and all gold had to be handed over to the ruling class and the religious authorities. Mesopotamian gold was mainly sourced from Egypt, where it was believed that the streets were paved with the precious metal. The other side of the coin shows a bull’s head from a detail found on the Golden Lyre of Ur, which was discovered in 1929 in the Royal Cemetery of Ur, located in present day Iraq. Created roughly 4,500 years ago, the lyre is considered to be one of the world’s oldest surviving stringer instruments. 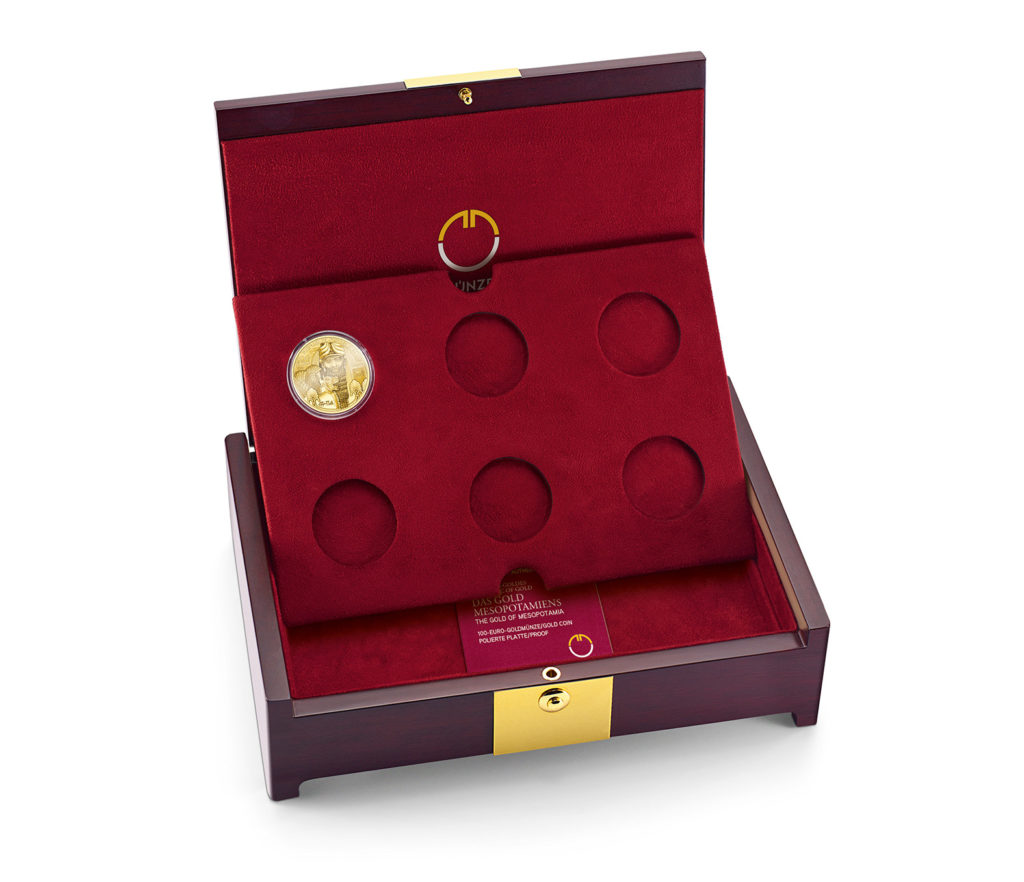 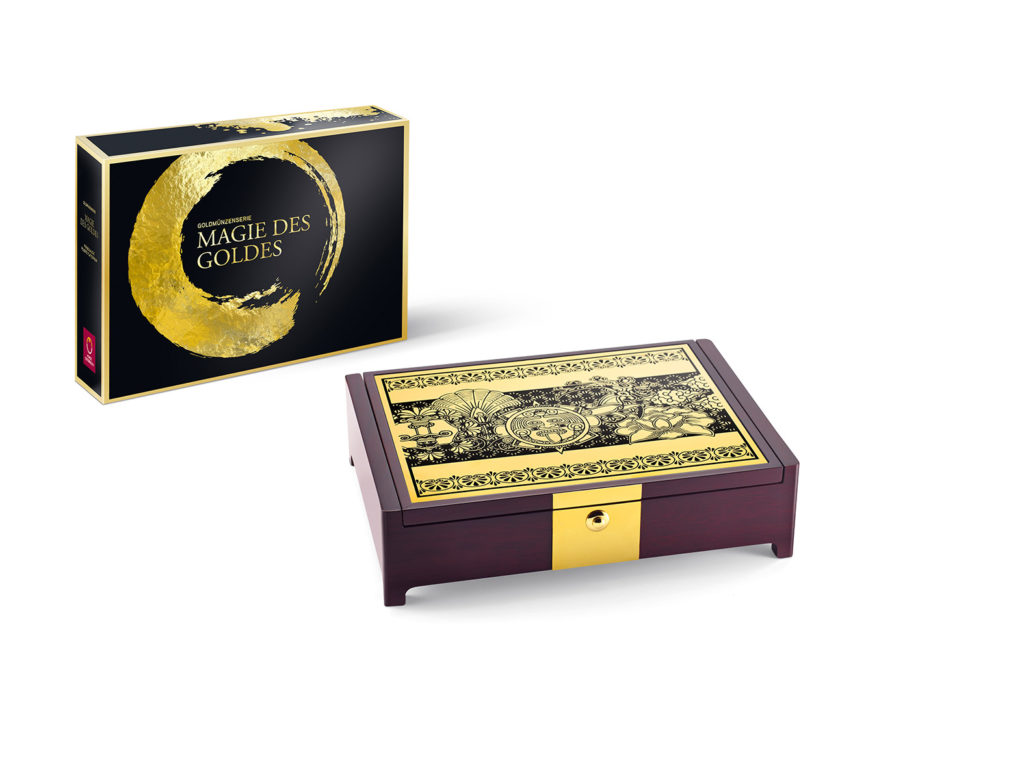