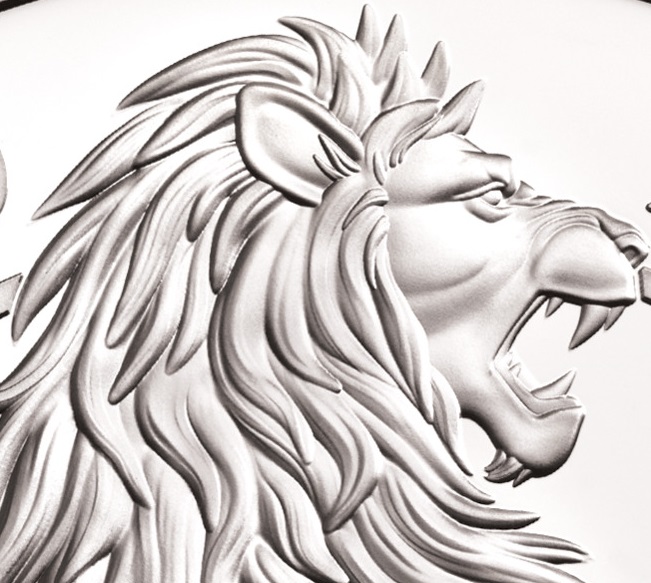 The Royal Mint issued, a few days ago, the White Lion of Mortimer as the seventh coin in The Queen’s Beasts collection.

The White Lion of Mortimer is one of ten heraldic Beasts that form the Queen’s Beasts. Inspired by these ancient symbols of power and identity, the range brings to life the ten imposing statues that are part of an enduring legacy that define our ruling dynasties. 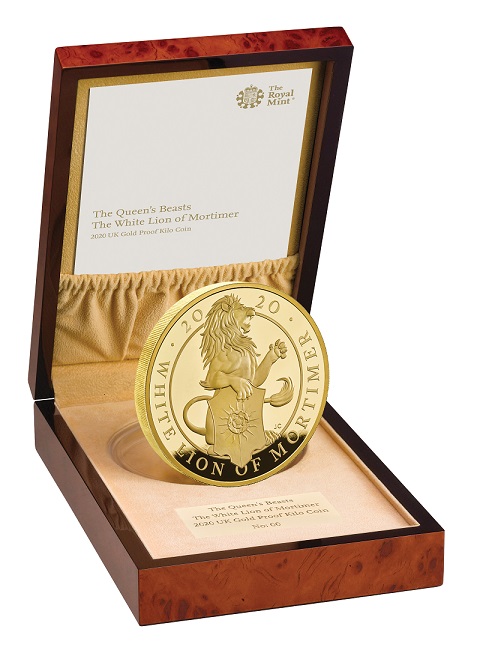 Lions are perhaps the most well-known symbols in heraldry and are often depicted as fearsome creatures. The White Lion of Mortimer is usually shown sitting with its tail between its legs, characterising traits of loyalty and discipline. Unlike the Lion of England, the White Lion is uncrowned, and its tongue and claws are blue as opposed to red.

Following the success of previous coins in the collection, the latest release features another original design by Royal Mint coin designer Jody Clark. Jody is best known for his ‘fifth portrait’ of The Queen seen on UK coinage series since 2015, but has also spent a great deal of time researching British heraldry to create his Queen’s Beasts designs. 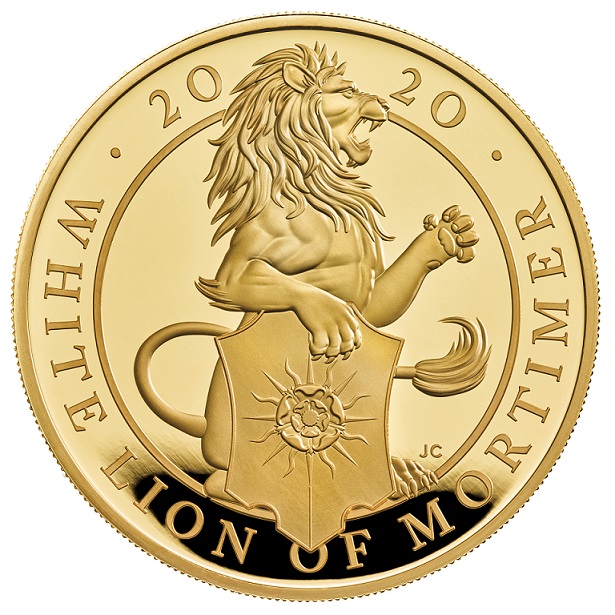 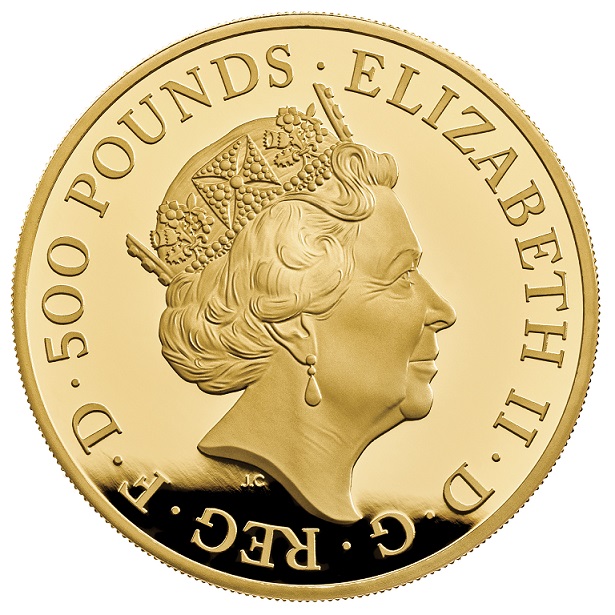 Jody Clark says of his design, “During my initial sketches I quickly realised that a profile side view of this beast would be the most effective, mainly because of its tail and stance. The White Lion faces to the right, as does Her Majesty The Queen on the obverse, signifying the royal ancestry and history of the monarchy. It is portrayed differently to the Lion of England which faces head-on, ferocious and rampant, and the strong silhouette around the White Lion accentuates the prominent features of its tail, mane and shield. It was important that the lions were portrayed differently as they embody distinct and contrasting aspects of the history of the monarchy.” 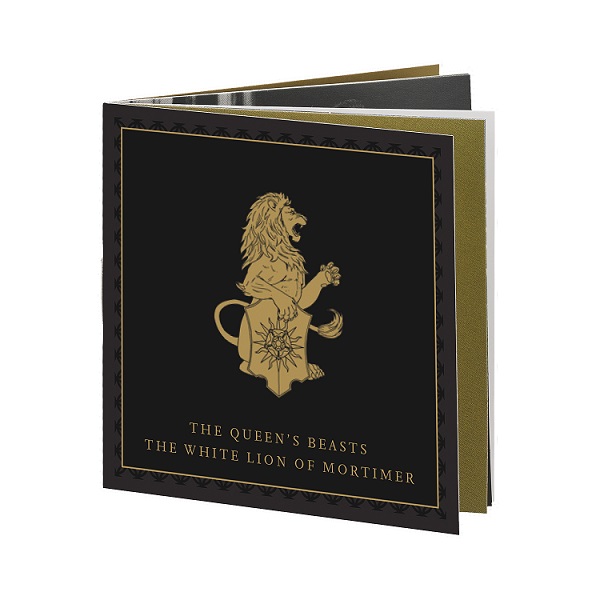