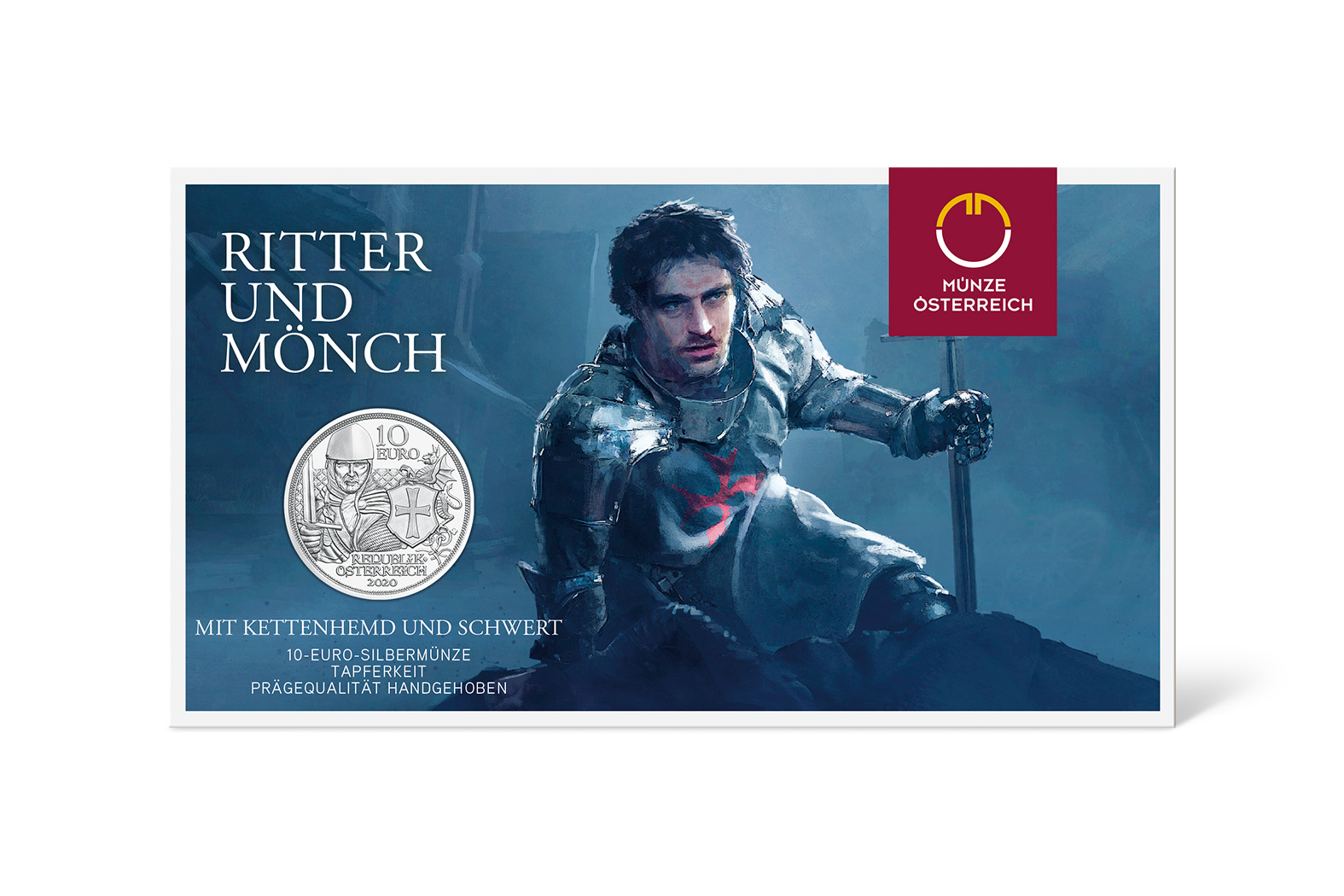 Founded during the Crusades, the Order of the Knights Templar unified the monastic life with the ideals of knighthood. Bound by poverty, chastity and obedience, the Templars lived a life of godliness and were forbidden to partake of worldly temptations, but were also considered an elite military troop. Uncompromisingly brave, they epitomised the knightly concept of ‘courage’, to which the third coin in the swashbuckling five-coin Knights’ Tales series is dedicated. 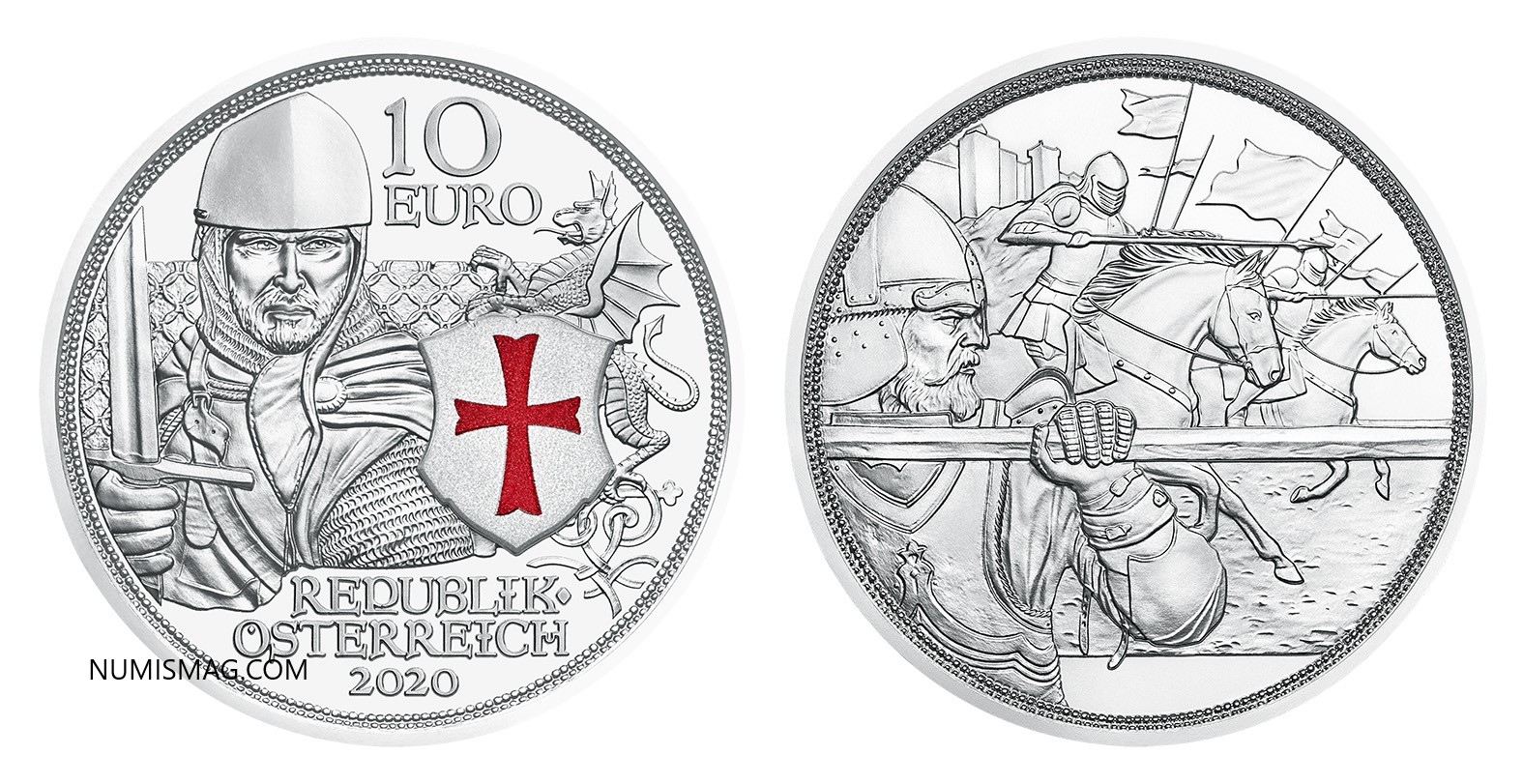 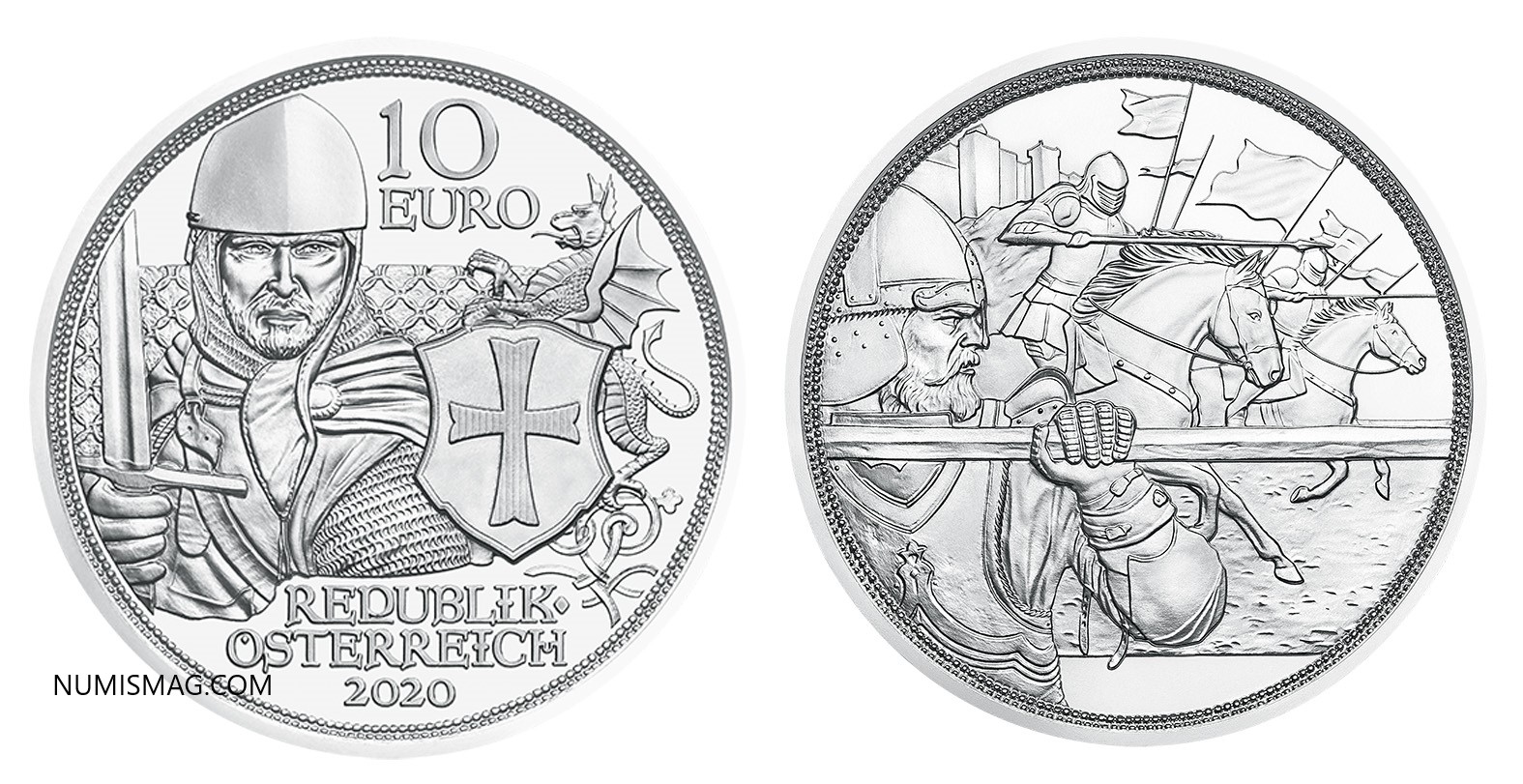 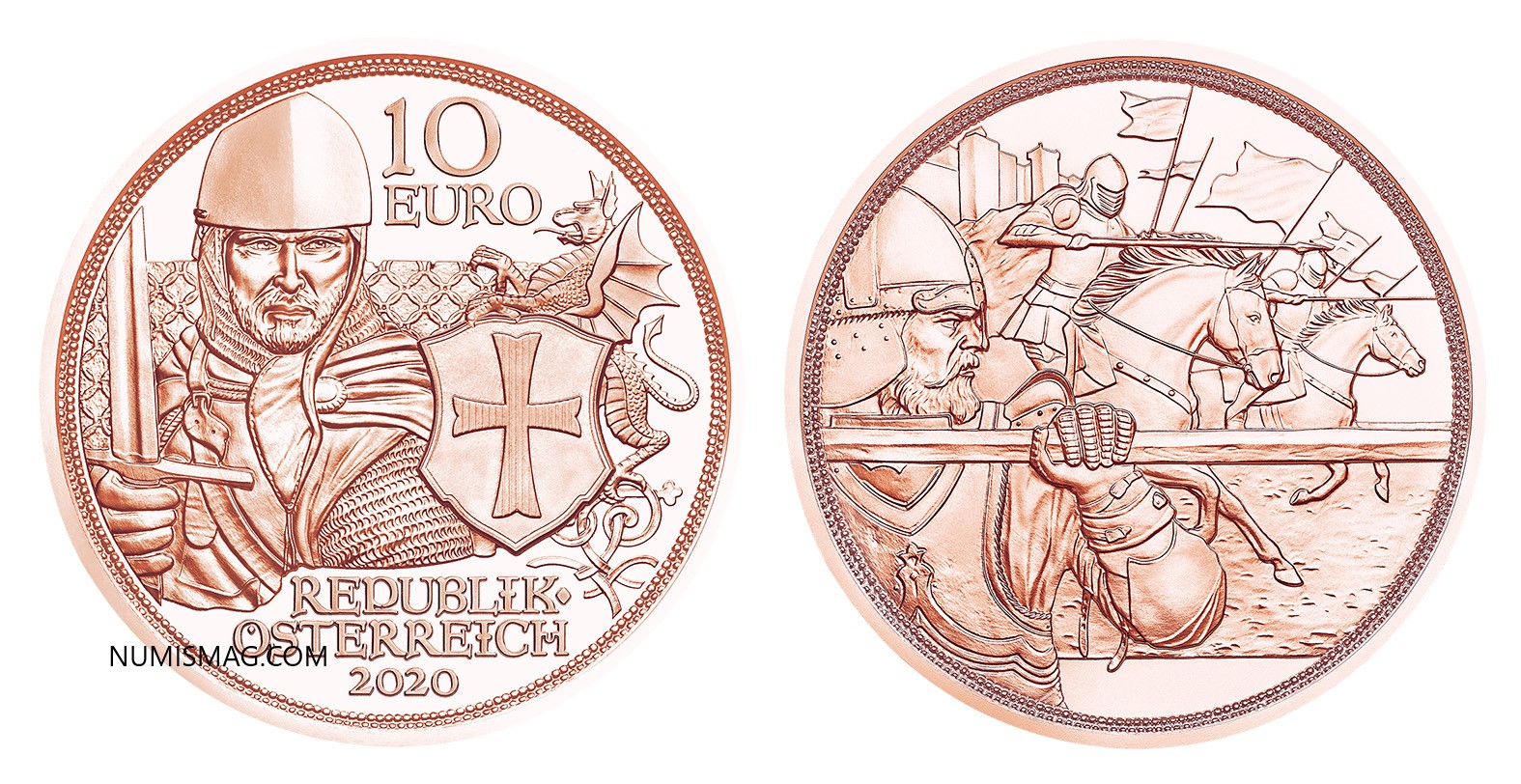 In the 12th and 13th centuries, the Holy Land was the principal focal point of most knights. Driven by a combination of economic interest and spirituality, knights would head to the eastern Mediterranean with thoughts of conquest and the fulfilment of their religious vows. However, after the conquest of Jerusalem in 1099, the crusaders were constantly on the defensive, leading French knight Hugo von Payns and a small group of like-minded men to found the Order of the Knights Templar in 1118.

The rules of the Order determined that the Templars dress in a white monastic habit but that did not stop them fighting horseback and taking part in many campaigns, as can be seen on the coin’s obverse, which shows a member of the Knights Templar ready for battle, sword in hand. To the right is the red cross worn on the robes of the Templars, which was a symbol of martyrdom. The reverse shows a combat scene in which two knights ride into battle with their lances lowered. An infantryman, spear in hand, is seen in the foreground, a castle in the background.

The Special Uncirculated coins are presented in a blister pack, while the Proof coins come in a presentation case with a numbered certificate of authenticity. In addition to technical information, the certificate also explains the design concept and the minting quality.

The 10 Euro coin will also be issued as uncirculated and sold at face value. To differentiate between the two, the copper coins will have a ribbed edge, while the silver coins have a smooth edge. 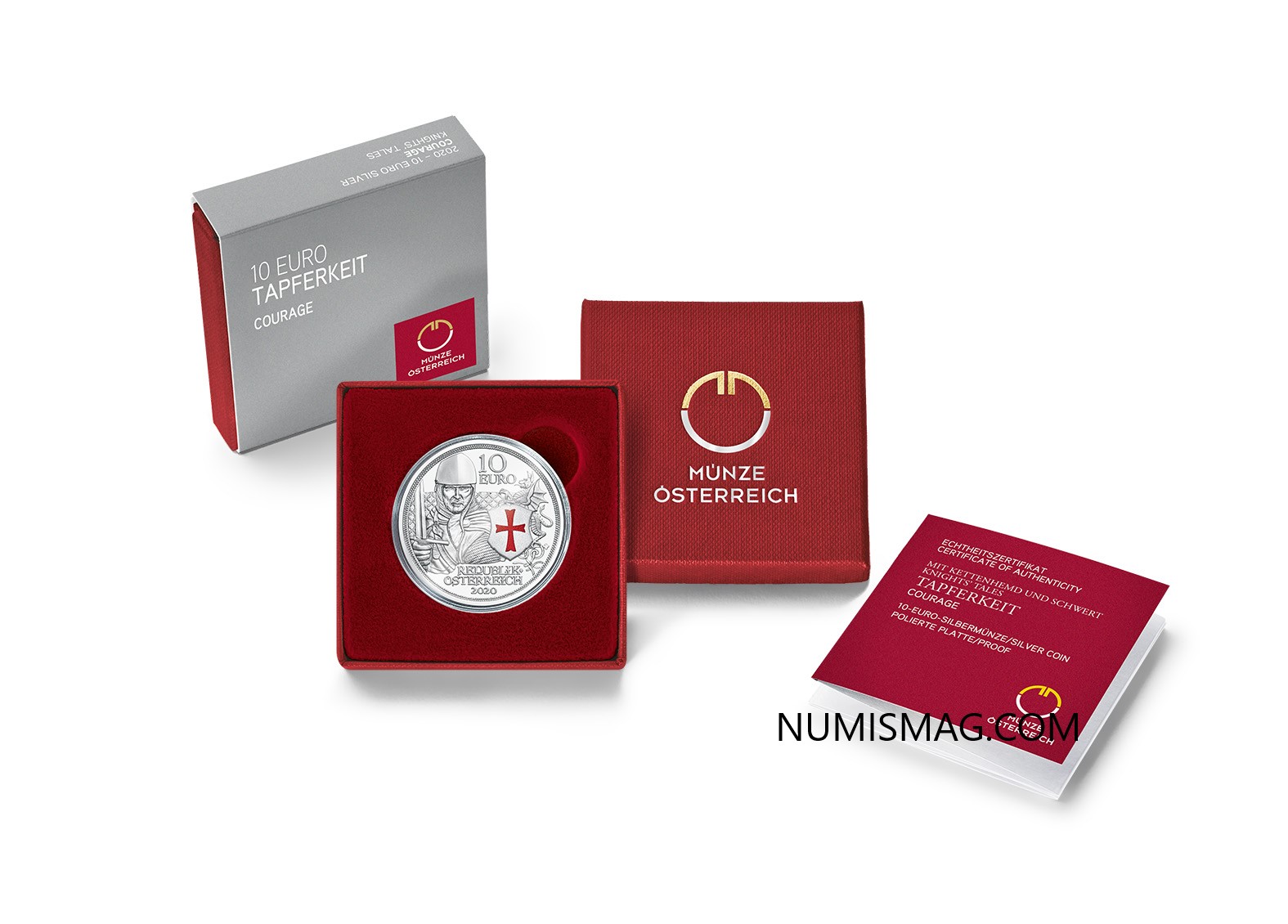