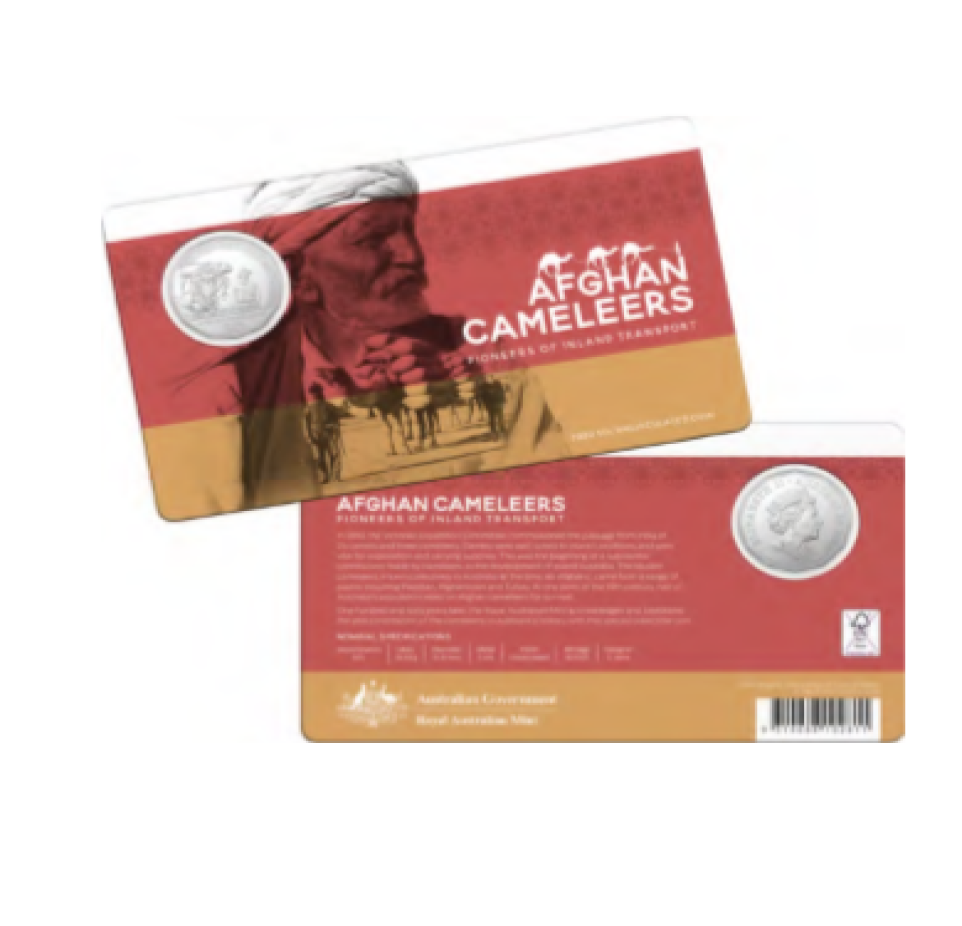 In recognition of the significant contribution made by Afghan cameleers to Australia’s history in the 19th century, the Royal Australian Mint has produced a silver proof collectible 50 cent coin. The coin honours the cameleers and their vital role in Australia’s inland development.

During the 19th century, camels and their handlers came to Australia from Afghanistan, Pakistan, India, Turkey and beyond, to work in Australia’s challenging inland environments. Camels were more suitable for transport and exploration in the desert than horses or bullocks, and their handlers had the experience and knowledge needed to make the most of the opportunities the camels offered.

Although the Muslim cameleers usually kept to themselves, creating ‘Ghan Towns’ including corrugated iron mosques in the desert, there were occasional intermarriages. Many of the cameleers returned home but some remained in Australia to build their homes here. The cameleers occasionally suffered from racial violence in Australia, yet their peaceful and moderate ways were also welcomed in many places.

The contribution made by the cameleers was significant, with at one stage half of Australia’s population relying on them for survival. The Afghan cameleers are celebrated in this silver proof coin, intended for both serious collectors and Australian history enthusiasts. 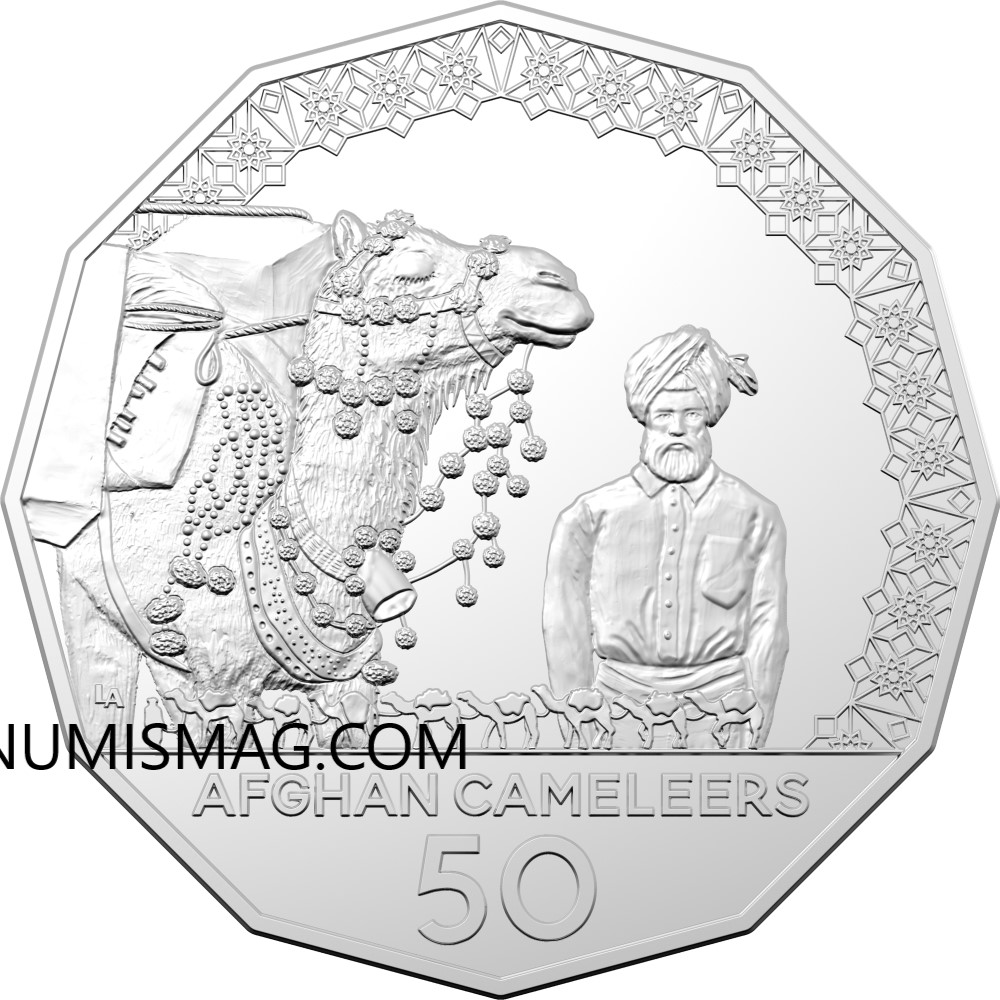 An UNC copper-nickel version of the coin is also available in coincard with a mintage of 30 000 coins. 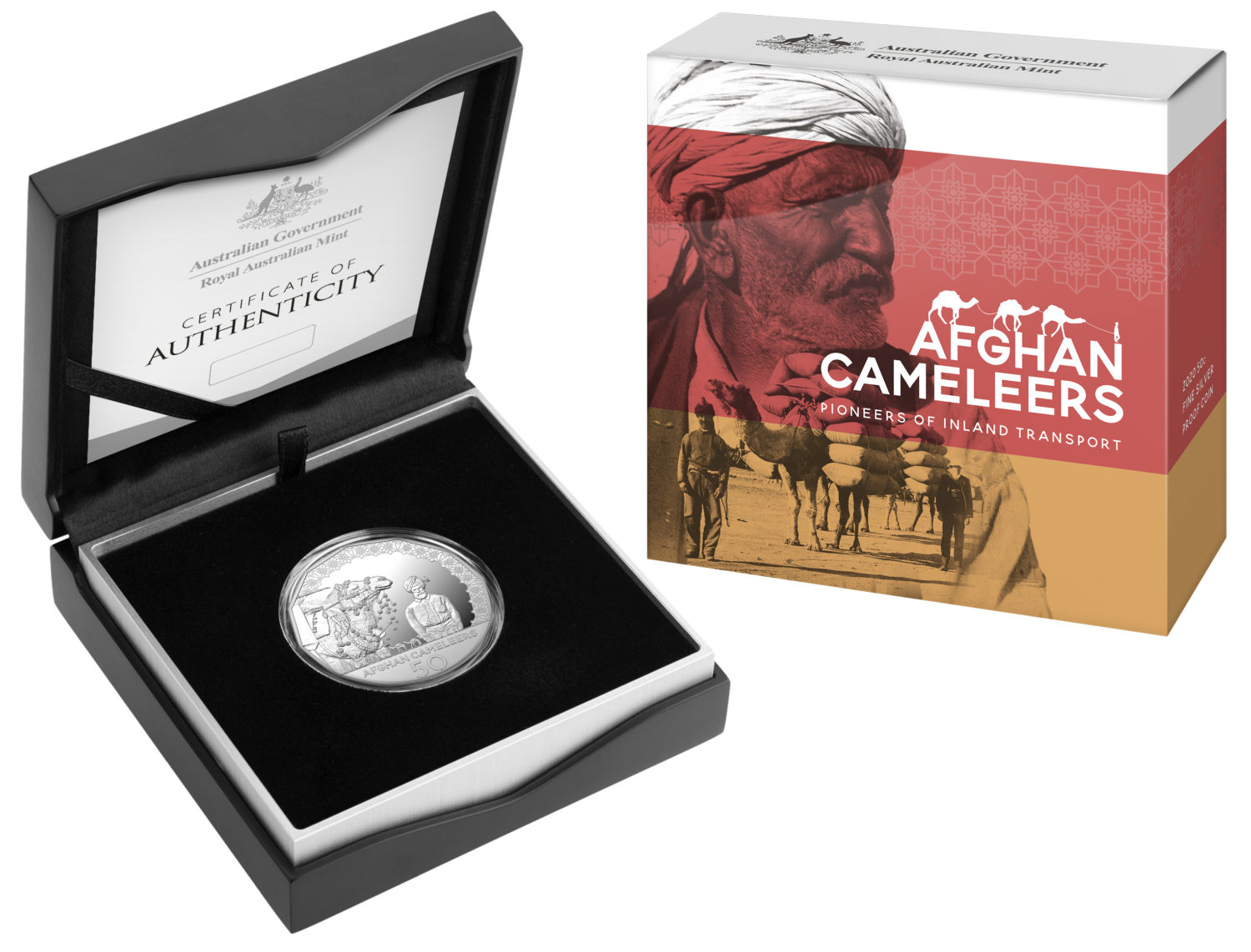