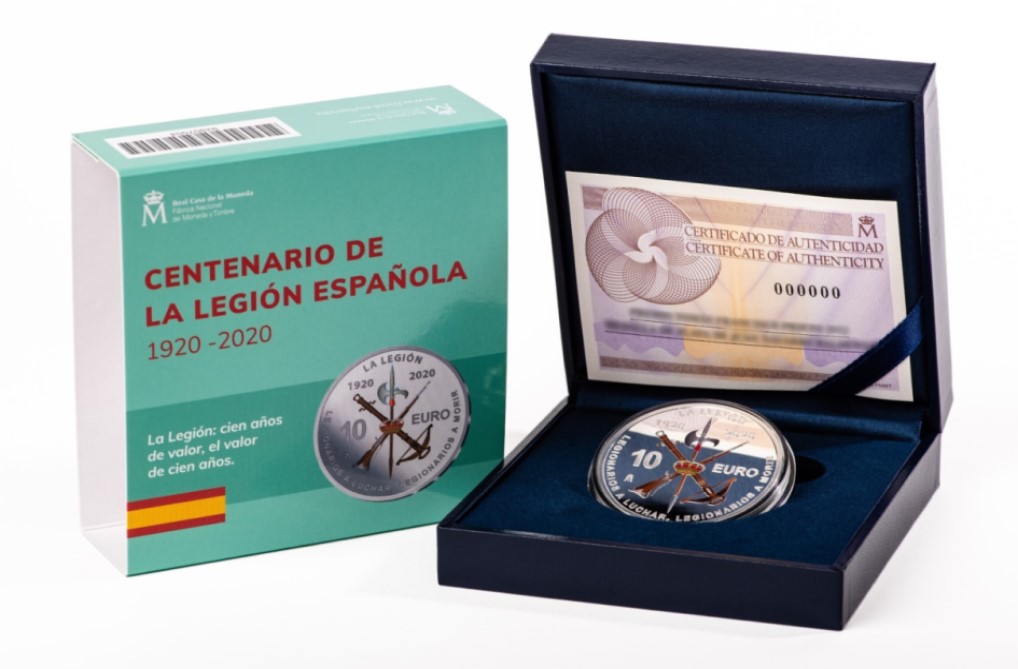 The Spanish Legion, informally known as “The Tercio” or “The Tercios” (old Spanish military term that roughly translates as ‘regiment‘), is an elite unit of the Spanish Army that belongs to the Spain’s Rapid Reaction Force. It was raised in the 1920s to defend the Spanish territories in Africa. The unit is the equivalent of the French Foreign Legion and it was initially known as the Tercio de Extranjeros (“Tercio of foreigners”) although it recruited some foreigners they were predominantly from Spain. The Spanish Legion is now mostly used in NATO peacekeeping missions. They have participated in the Yugoslav Wars, Afghanistan, Iraq and Lebanon. Their parades attract a lot of attention since their march step is faster than the Spanish military standard, being 160-180 steps per minute in contrast to the standard 90 steps per minute and their mascot, a goat, parades freely with them. 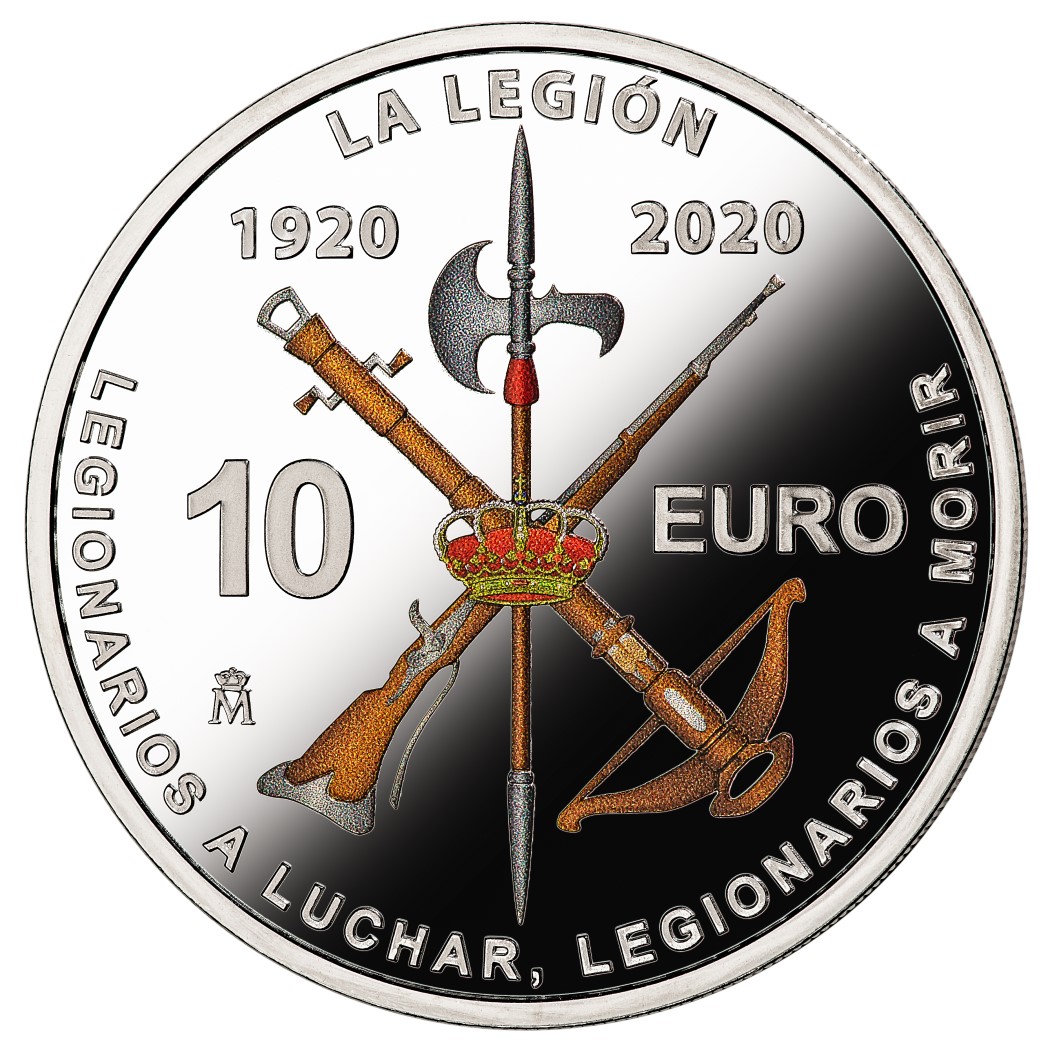 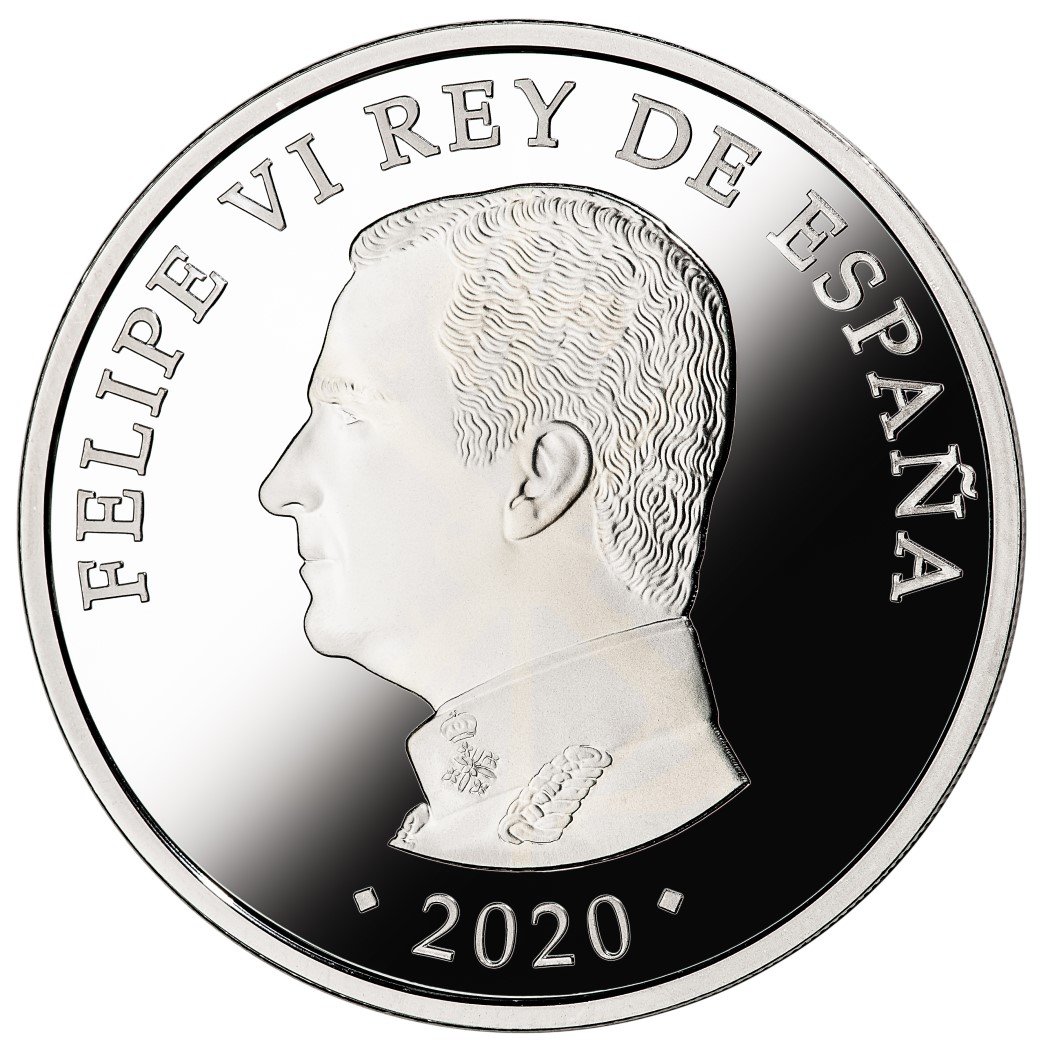 On the obverse side, the portrait of His Majesty King Don Felipe VI is reproduced on the left, wearing the insignia of Captain General. At the top, in a circular direction and in capital letters, appears the legend FELIPE VI KING OF SPAIN. In the lower part, between two points, the year of issue 2020. 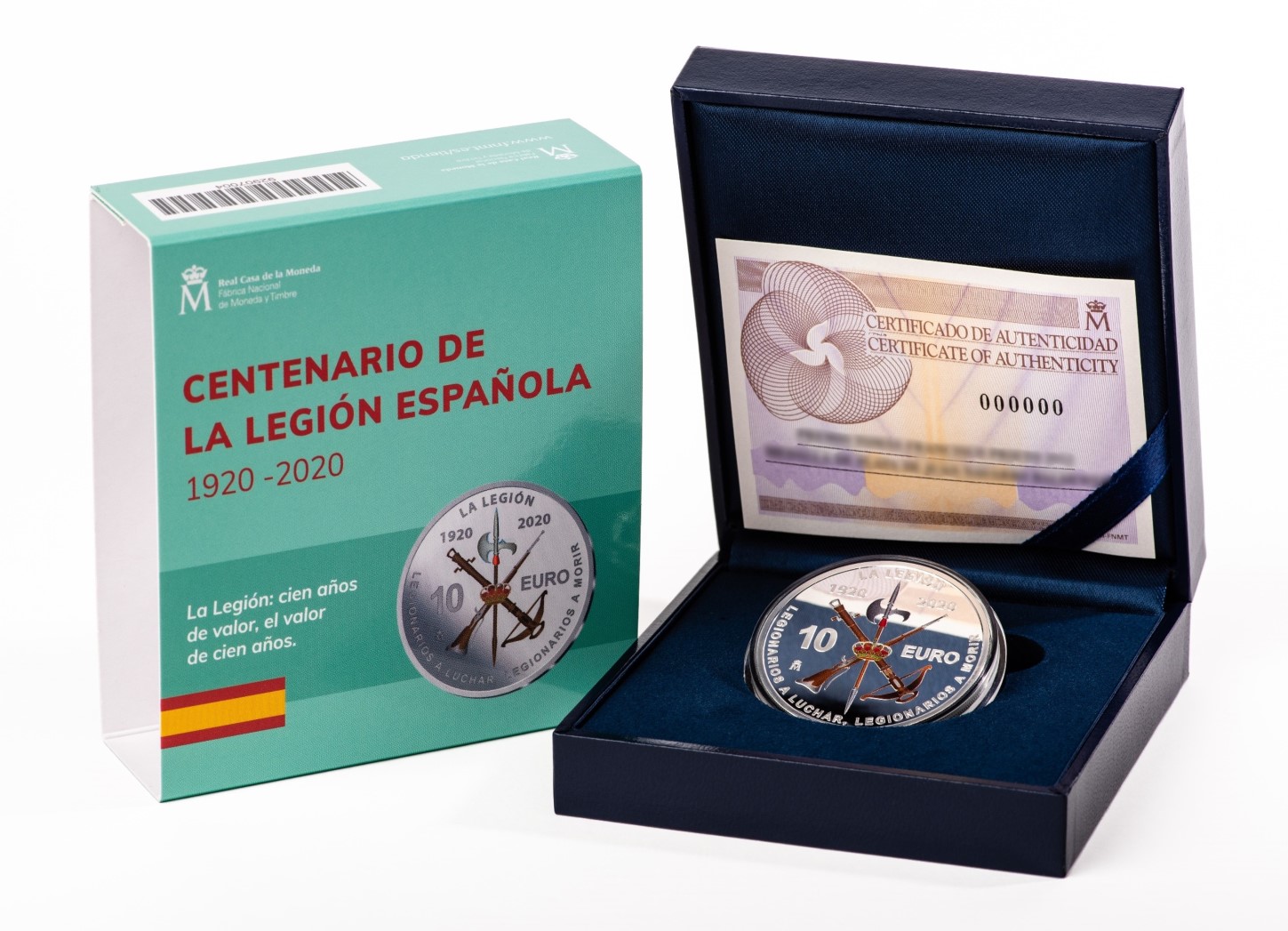