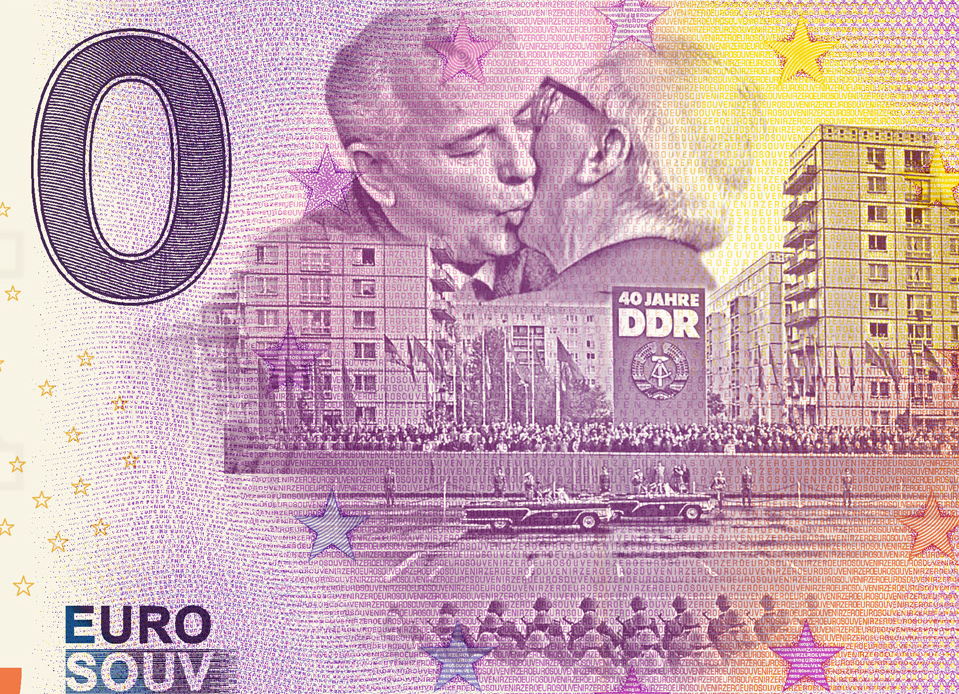 On November 9th 1989, the Berlin Wall fell. The process of German unity was underway and one of the last stigmas of the post-1945 order of nations was disappearing in Europe. On this occasion, the MDM company decided to publish an anthological book on this event, illustrated with “zero euro” souvenir notes.

2020 marks the 30th anniversary of German reunification, buried by several treaties, the first of which was a monetary treaty between the two Germanies, establishing a parity of one West German mark for one East German mark.

Thirty years ago, in front of the Reichstag in Berlin, state leaders and more than half a million people gathered to celebrate this major event. At midnight, to the cheers of the crowd and accompanied by the sound of bells and fireworks, the first 60-square-meters flag of the refounded german unity  was raised.

Richard von Weizsäcker, the German President at the time, summed up the special atmosphere throughout the country in a moving speech: “The hope for freedom and overcoming division in Europe, Germany and especially in Berlin had never been dashed in the post-war period”.

The 192-page book is both a document tracing the history of reunification and a special album for the euro zero banknotes in connection with German refunded unity. 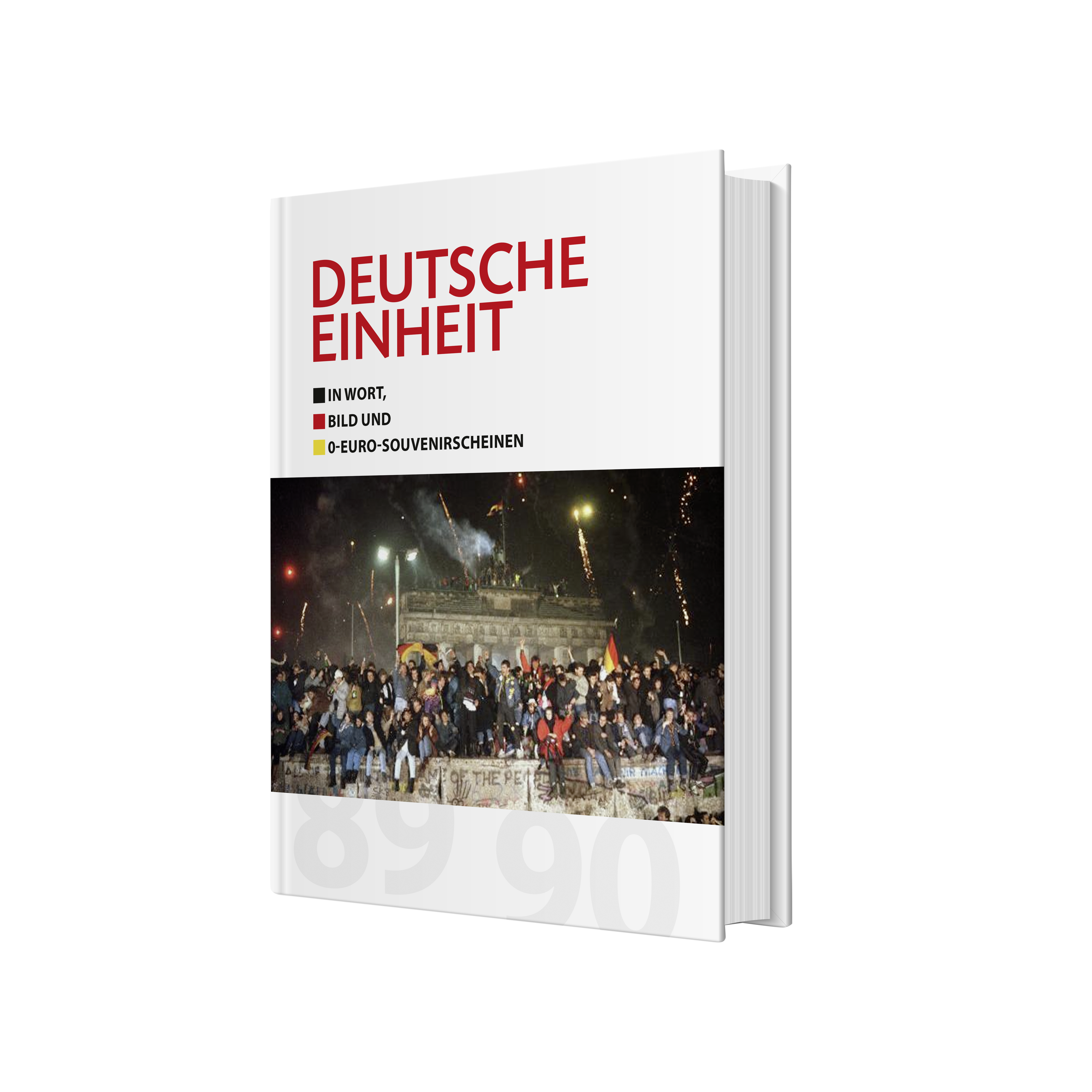 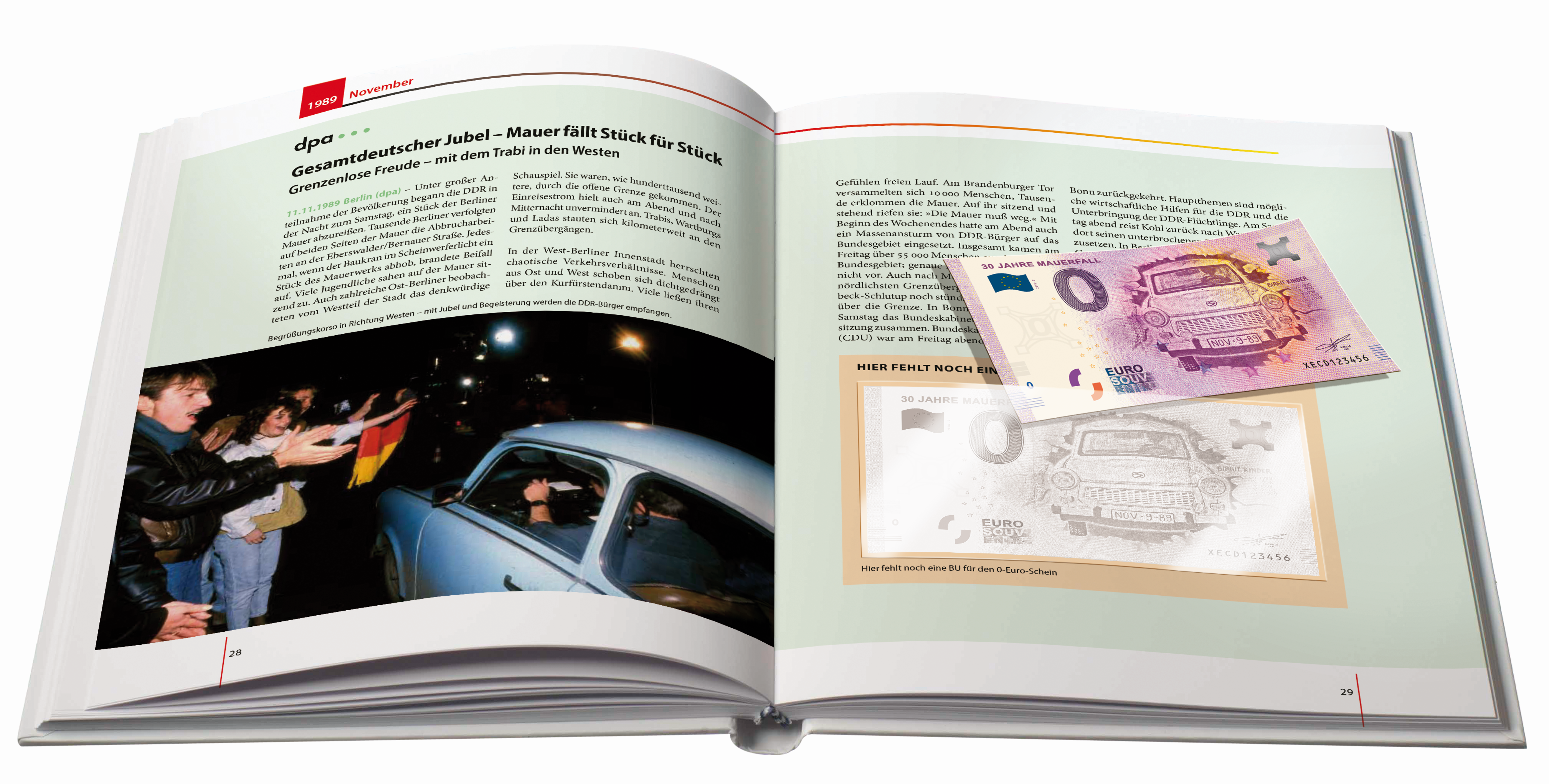 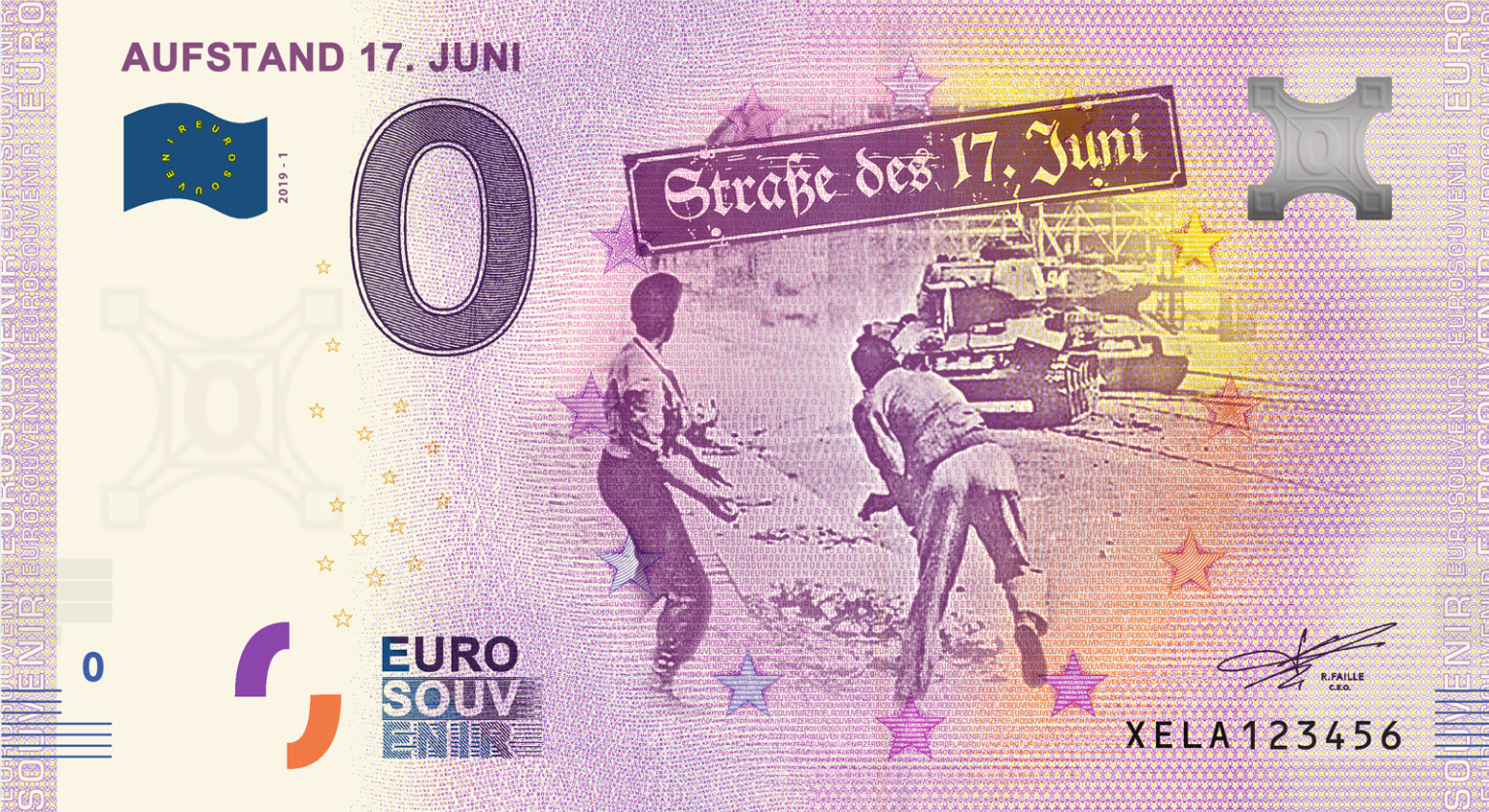 Riots of June 17th 1953 in East Germany
Less well known than the Prague Spring of 1968 or the 1956 revolution in Hungary, there were nevertheless severely repressed riots in East Germany as early as 1953. 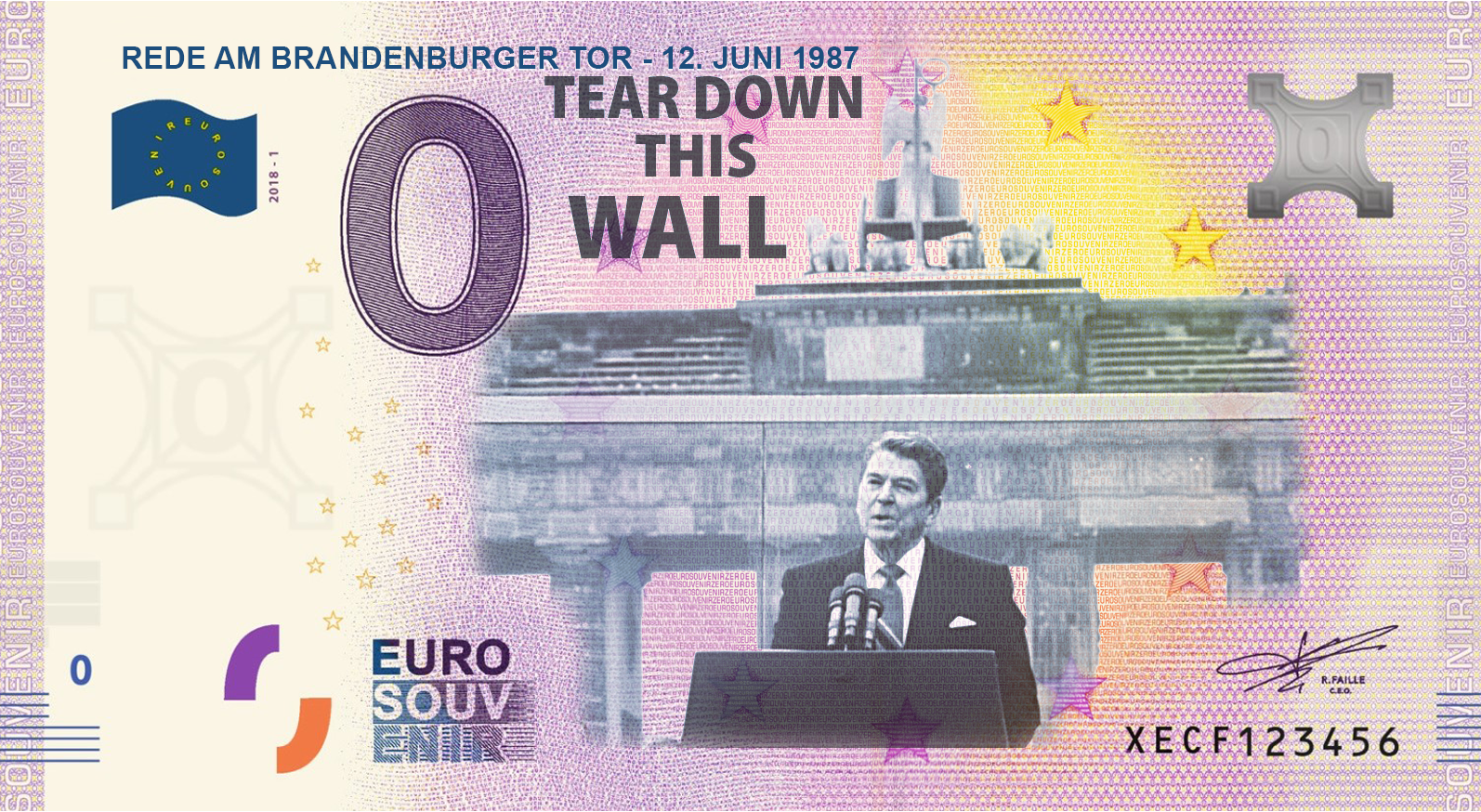 Ronald REAGAN during his speech in BERLIN, 1987
regarded by many Germans as one of the fathers of German refunded unity 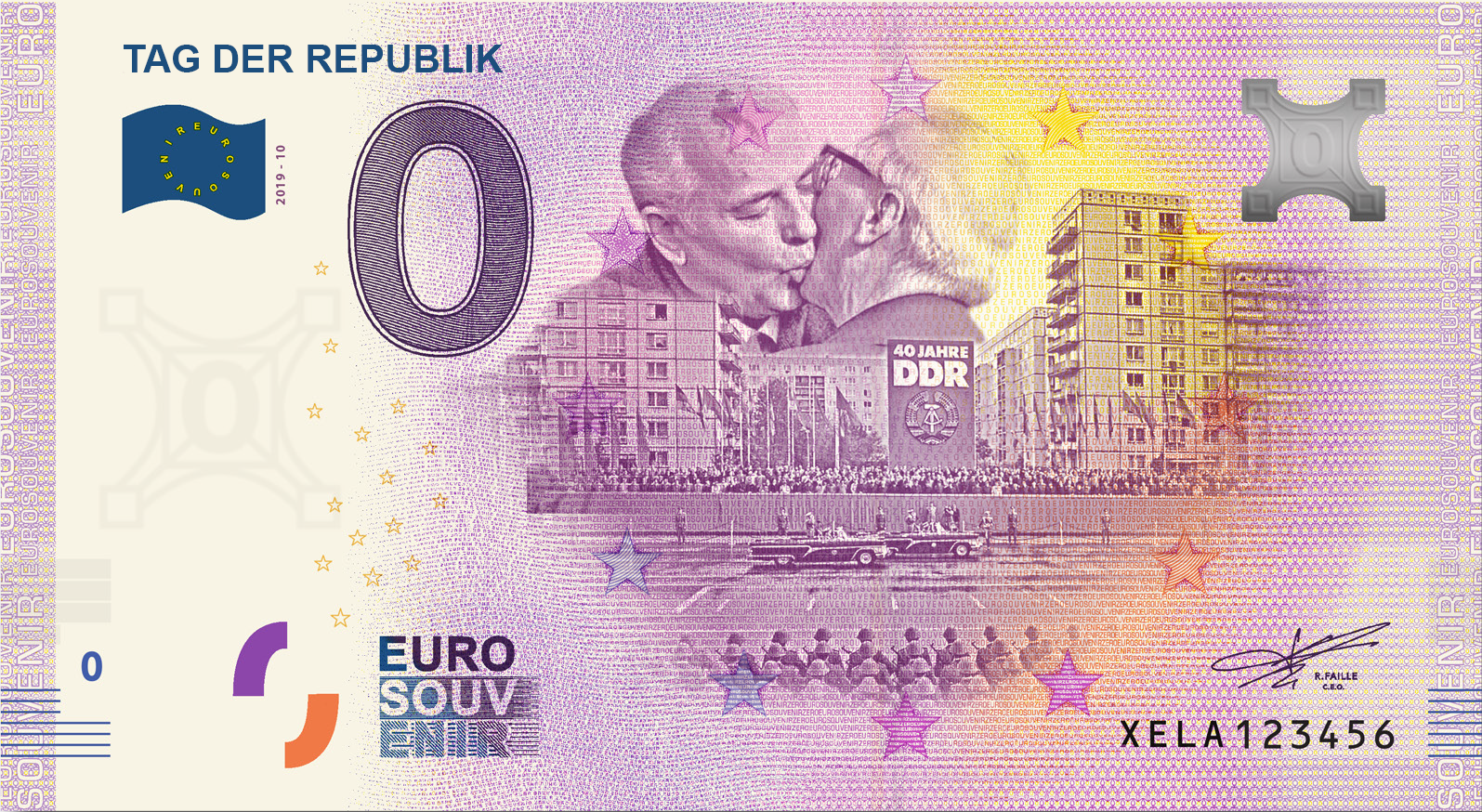 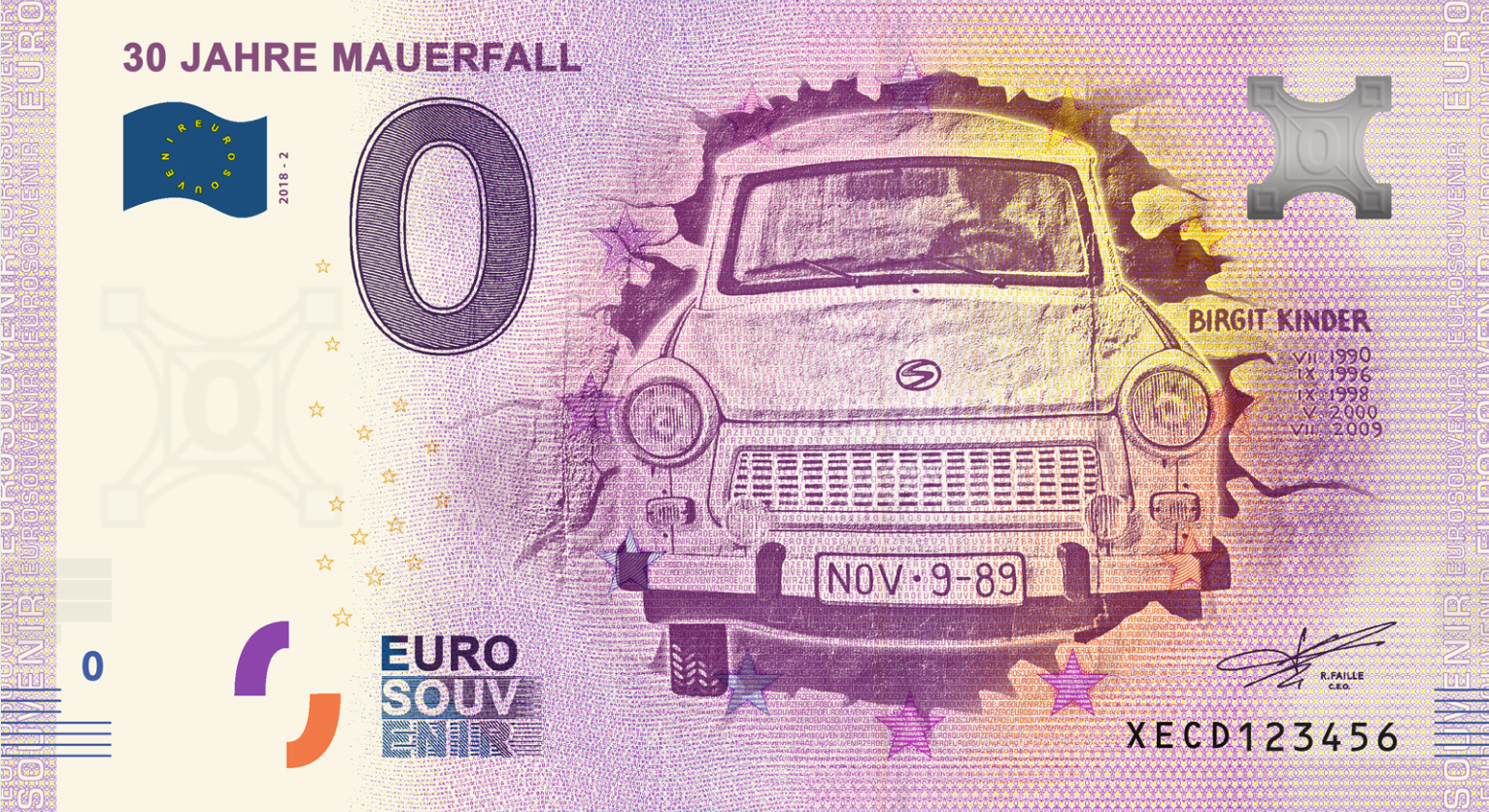 The fall of the wall symbolized by a TRABAN passing through it. 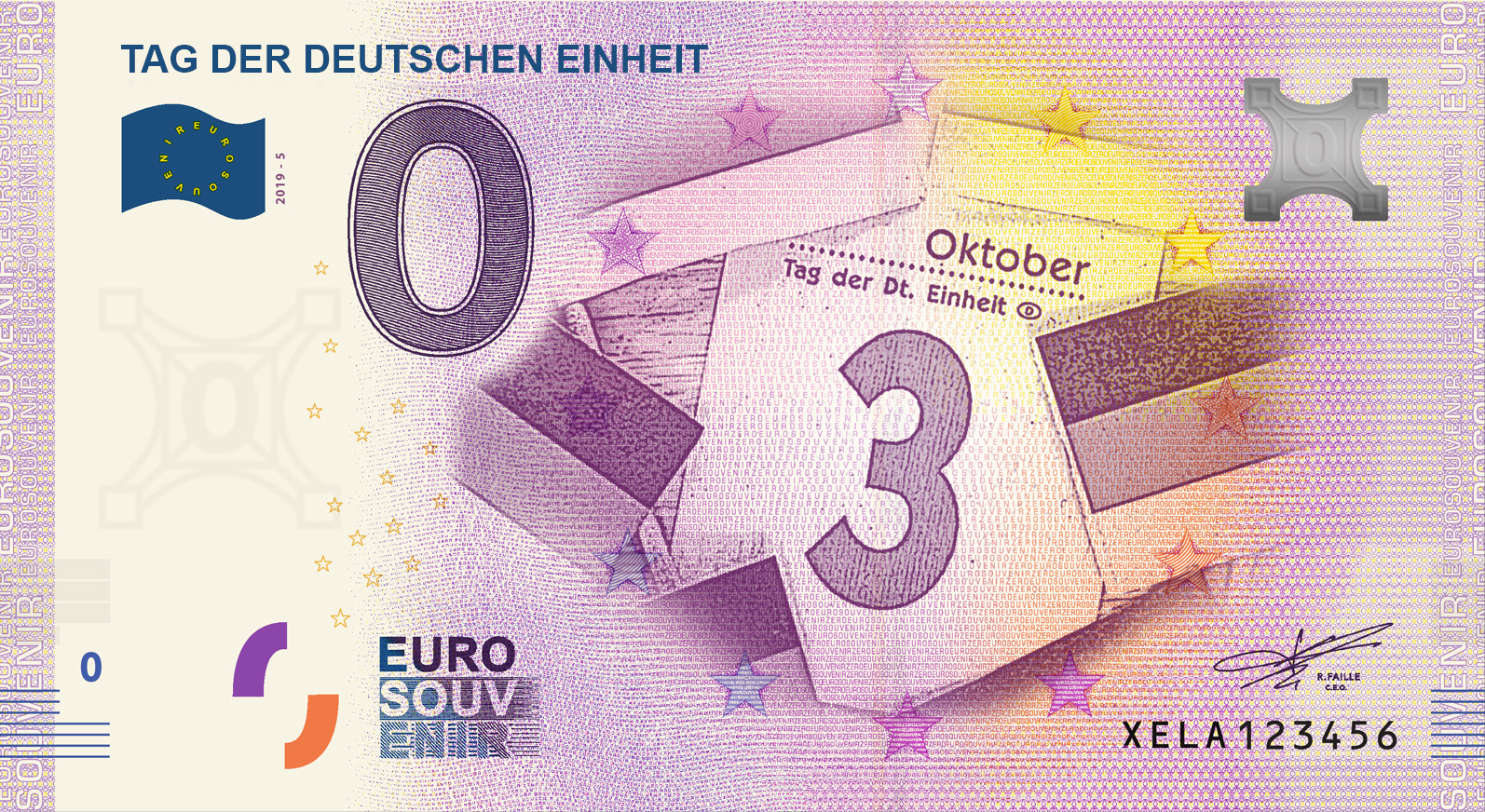 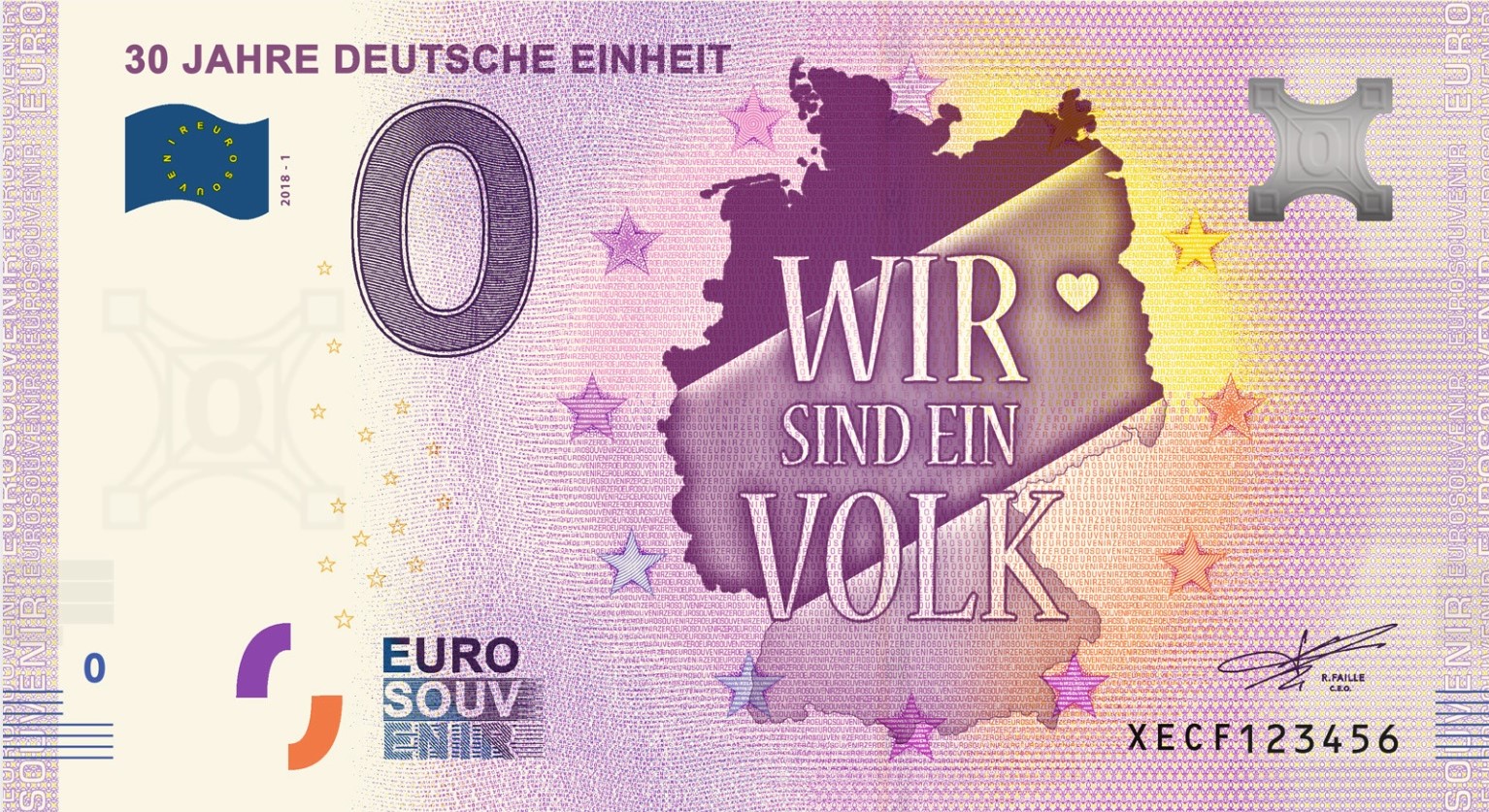 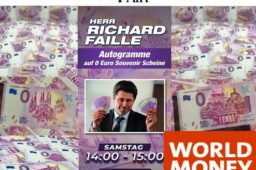