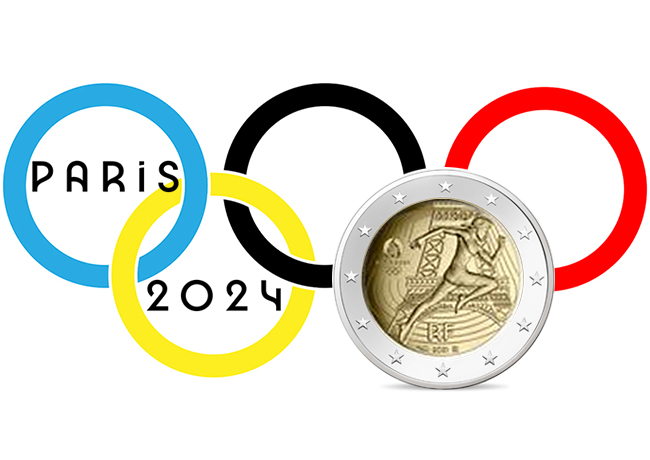 The Monnaie de Paris unveiled the second french 2021 €2 commemorative coin. The theme of the first of four coins from “Paris 2024 Summer Olympics” series is “The handing over of the Olympic flag.” The obverse depicts an athlete in the foreground, the Eiffel Tower and an athletics track in the background, with the Paris 2024 Olympic Games logo.

Below is the monogram “RF” of the French Republic and below that the year of issue “2021”. On the left, the mark of the mint and on the right, the mark of the general engraver. The twelve stars of the European flag are shown on the outer ring of the coin. The coin, designed by the engraver in chief of the Monnaie de Paris (french mint), Joaquin Jimenez, will be issued on September 27th 2021.