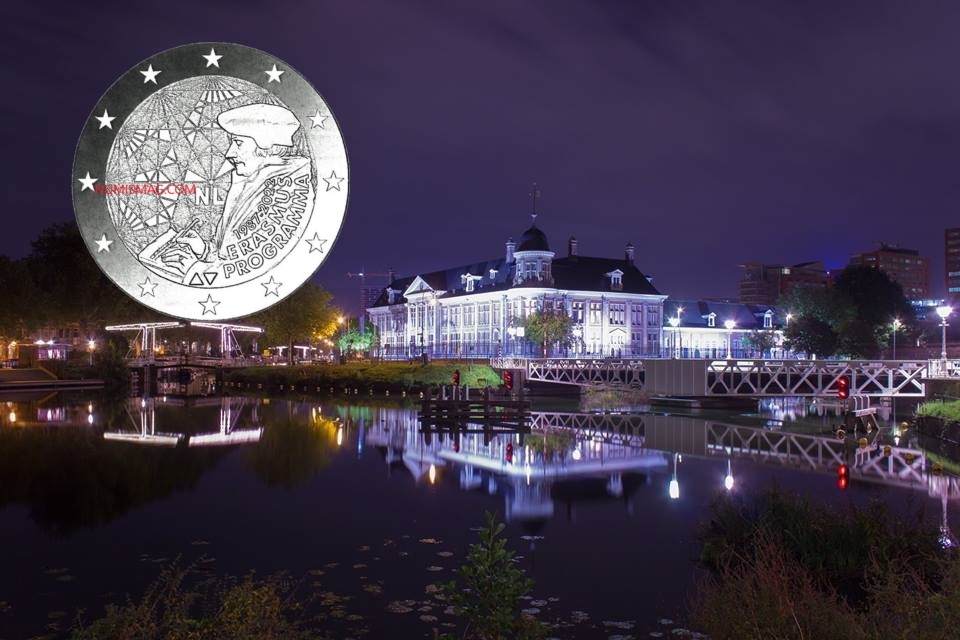 The Mint of the NETHERLANDS has unveiled the visual of the ERASMUS coin that will be issued in 2022. This coin is part of a series common to all countries that have adopted the euro. The Dutch €2 ERASMUS coin has been announced late because this country strictly respects the prescriptions of the European Commission. For the past 5 years, the European Commission has invited countries that issue €2 commemorative coins to limit the volume of their €2 commemorative €2 coins as long as they have large stocks of new “non commemorative” (i.e. regular) €2 coins for circulation.

Even if one can have a doubt, the possibility that the dutch coin would be struck by another Mint than the KNM (Mint of the Netherlands) is thus considered by the Dutch government. It would be surprising if another national mint was chosen to mint a coin dedicated to an emblematic figure of the Dutch philosophical literature, worldwide known!