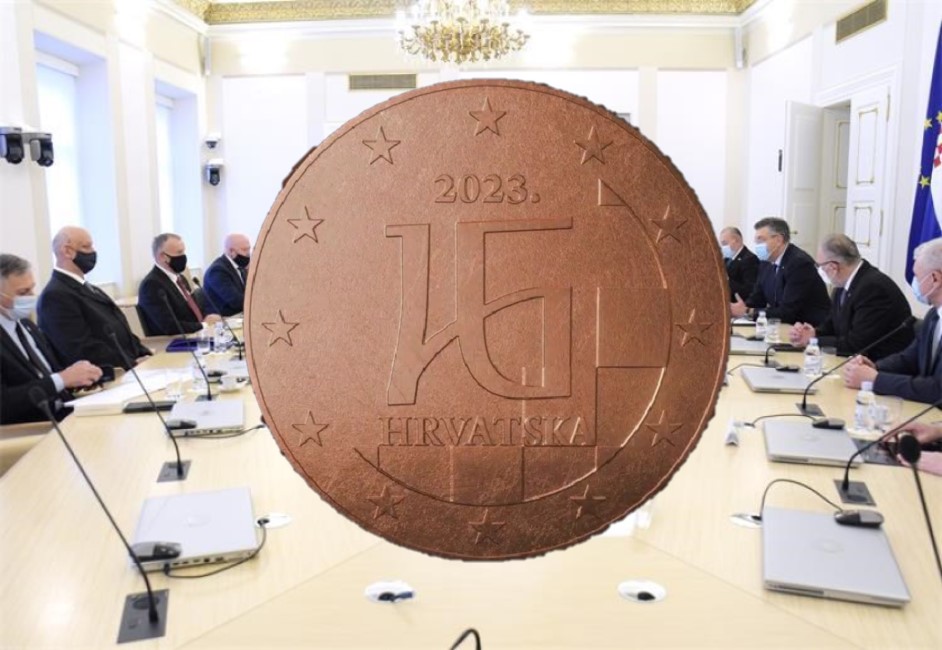 The future 2023 Croatian Euros unveiled by the Croatian government

Last update february 8th 2022 – The Croatian Council of Ministers held a public session this morning during which the national sides of the future Croatian euro coins were presented to the public. These coins will be in circulation as of January 1, 2023.

The Governor of the Croatian Central Bank said that 1,300 designs have been submitted to the Bank’s monetary commission. The dies will be produced before the summer and 1 million “test” coins of each denomination will be minted.

The coins will feature the following designs: 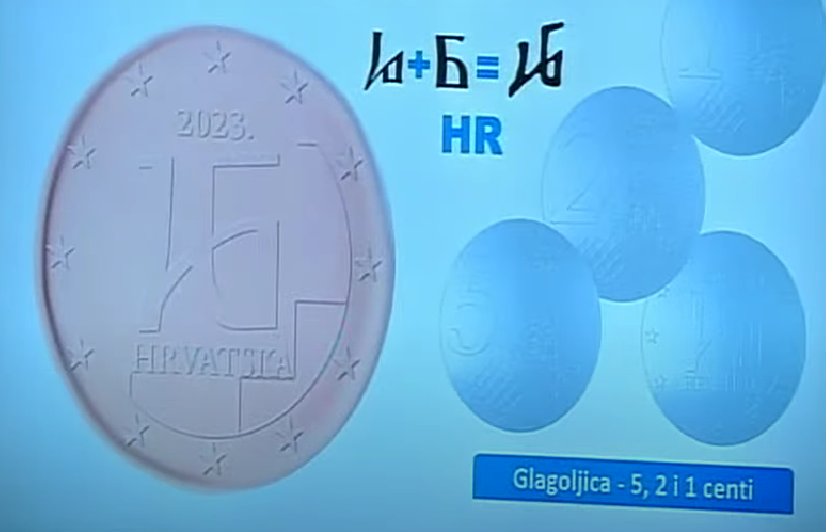 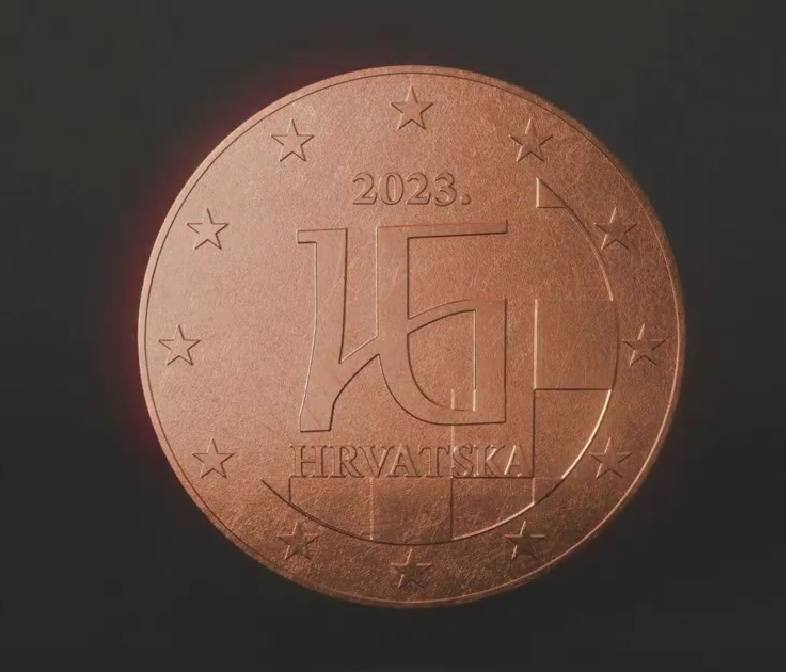 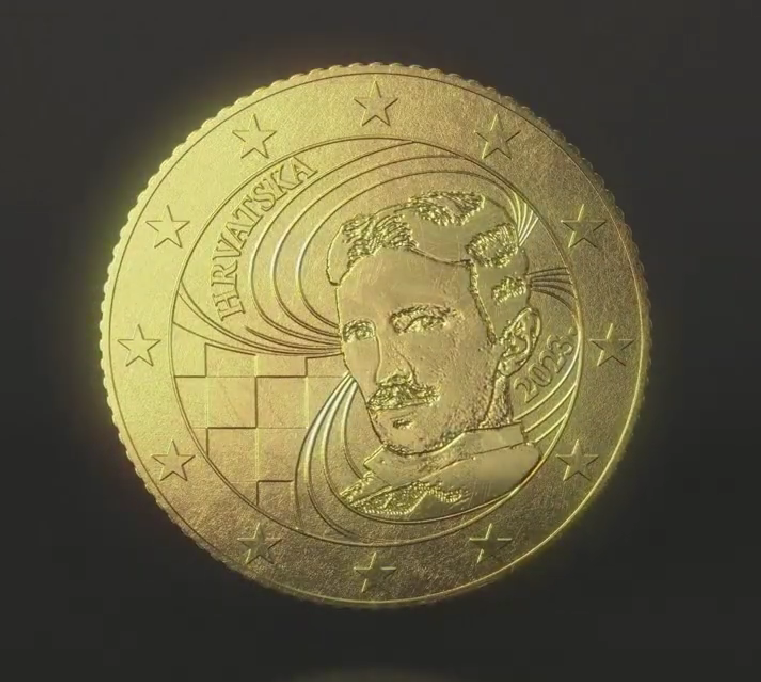 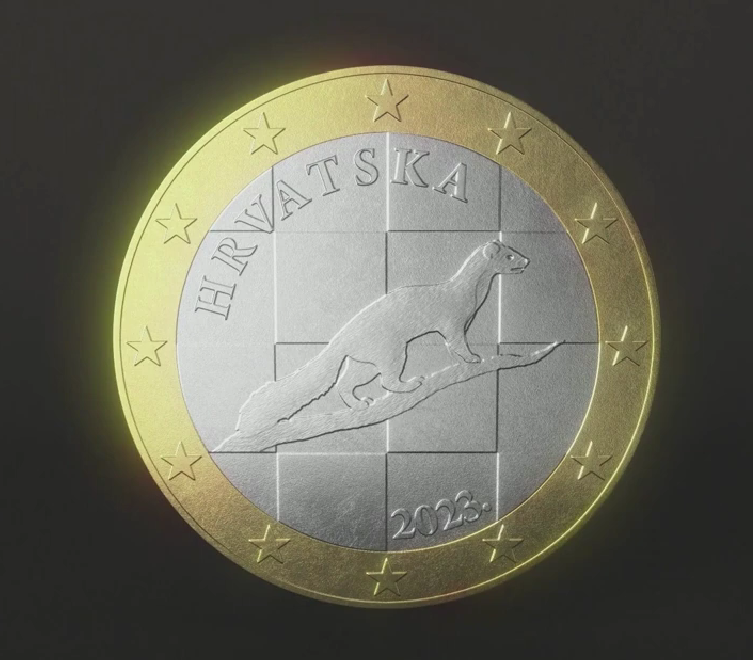 Detail of the €2 coin edge 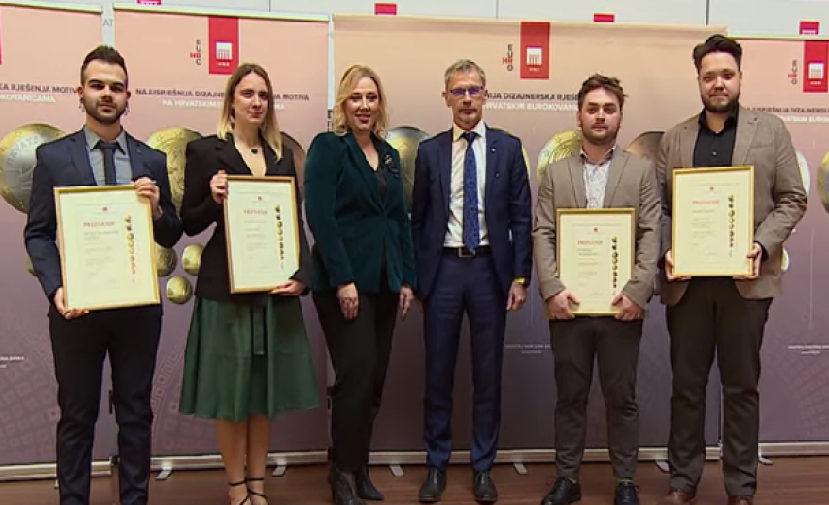 The four croatian engravers (with a framed document in their hands) 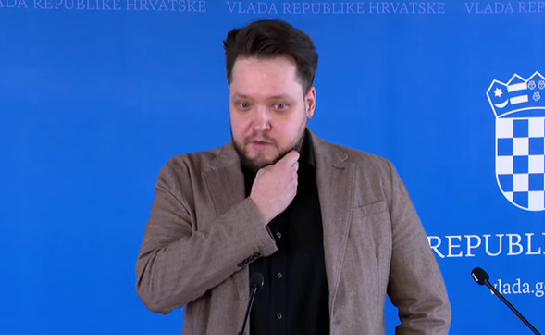 A hint of plagiarism around the €1 coin

Several Internet users found the design of the one-euro coin familiar, especially because of the posture of the Kuna. It seems that the design is quite close to the photo taken by a British wildlife photographer, Iain Leach, of a pine marten, the name by which the animal is known in English. 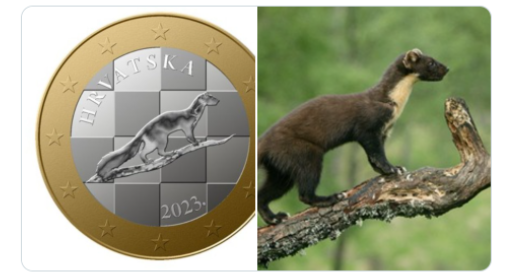 Other Internet users who are members of the Facebook group called “Bring Your Own Laptop Online” reported that the engraver S. Pranjković would have asked for help in transforming the photo with retouching software to add special lighting effects, in order to give it a more metallic look.

After several days of hesitation, the artist sent a letter to the Croatian National Bank to withdraw his design proposal and apologize for the poisonous atmosphere that has developed in recent days around his project.

He said: “It was a great honor for me to participate in the selection process of the national side of the Croatian euro coin. However, motivated by the unpleasant atmosphere created in the media and social networks, as well as by the pressure I was exposed to regarding my design of the reverse side of the euro coin with a kuna design, I decided to withdraw my design proposal for this design and to renounce any rights on the basis of my participation in the competition for the design of a euro coin”.

S. Pranjković added: “I made this decision in order not to aggravate this situation or contribute to further possible uncertainties. I regret that there have been controversies regarding my work that could harm this important process for the Republic of Croatia. I did not intend to hurt anyone’s feelings, so I apologize to everyone, especially to the Croatian National Bank, the government and the Croatian public.

The expert point of view:

He wishes to clarify several facts on this case study. “In my opinion, we are not in the presence of a 100% slavish copy of the original picture. The croatian designer has obviously made changes (upper body of the animal refined – rear leg – branch of the tree). However, they remain minor. Since the original photo is not in the public domain (it is a fairly recent work made by a professional photographer) there is indeed a legal risk concerning the respect of copyright rules. At the Monnaie de Paris, this is something we had in mind when we were working on a graphic composition for a coin or a medal. The croatian designer should have been inspired by several documents and should have modified, for example, the physiognomy of the animal. He would have avoided any reproach concerning a possible plagiarism”.

The CNB Monetary Commission announces that it will hold an emergency session today (02/07/2022) and comment on Pranjković’s letter.

Speculations about possible alternatives have been made on social networks, with some proposing that the british photographer should be credited of the coin design.

However, the outcome of this case remains uncertain, pending the investigation of the Croatian Central Bank.