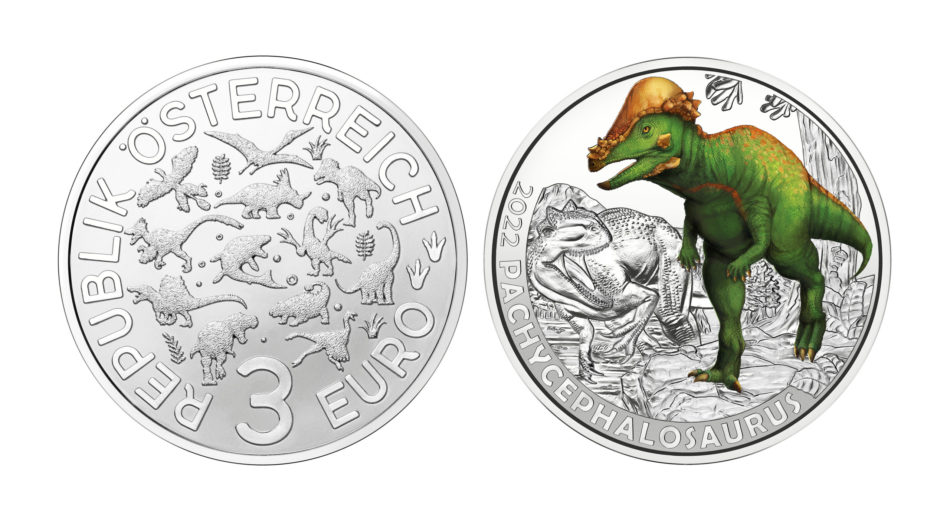 Pachycephalosaurus means “thick-headed lizard” in Greek, a particularly apt name given that the prehistoric herbivore that features on the penultimate coin in the Supersaurs series had a skull roof up to 25 cm thick. As the second part of its name implies, Pachycephalosaurus wyomingensis lived in what is now the north-western United States and the province of Alberta in Canada during the late Cretaceous period, some 70 million years ago.

Unusually curved and with short, blunt spines protruding along its edge, the skull of Pachycephalosaurs was unique among dinosaurs. Towards the front it tapered into a small, knobbly beak and the eyes faced forward, meaning that the dinosaur could see stereoscopically, as we humans do, in three dimensions.

Scientists disagree about the skull’s function. The first and most popular theory interprets it as a weapon to be used in intra-species combat, although this is disputed.

Another theory assumes that the skull served as an individual recognition feature and exerted a signal effect on conspecifics through its shape and colour. This idea is supported by the fact that there was probably a sexual dimorphism in thick-skinned dinosaurs; that is, males had larger and higher skull roofs than females. The flatter skulls found show no injuries, suggesting that they belonged to females or juveniles that did not have to engage in rutting combat.

All of the 3 euro coins in the series are legal tender in Austria. 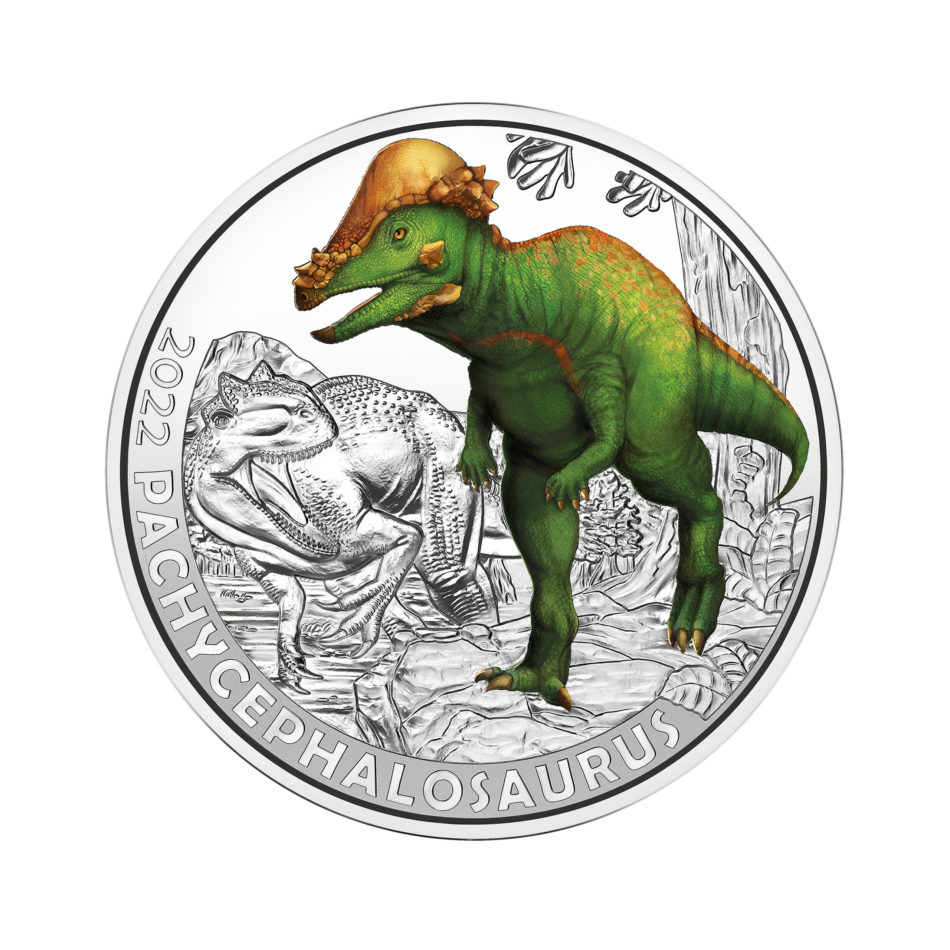 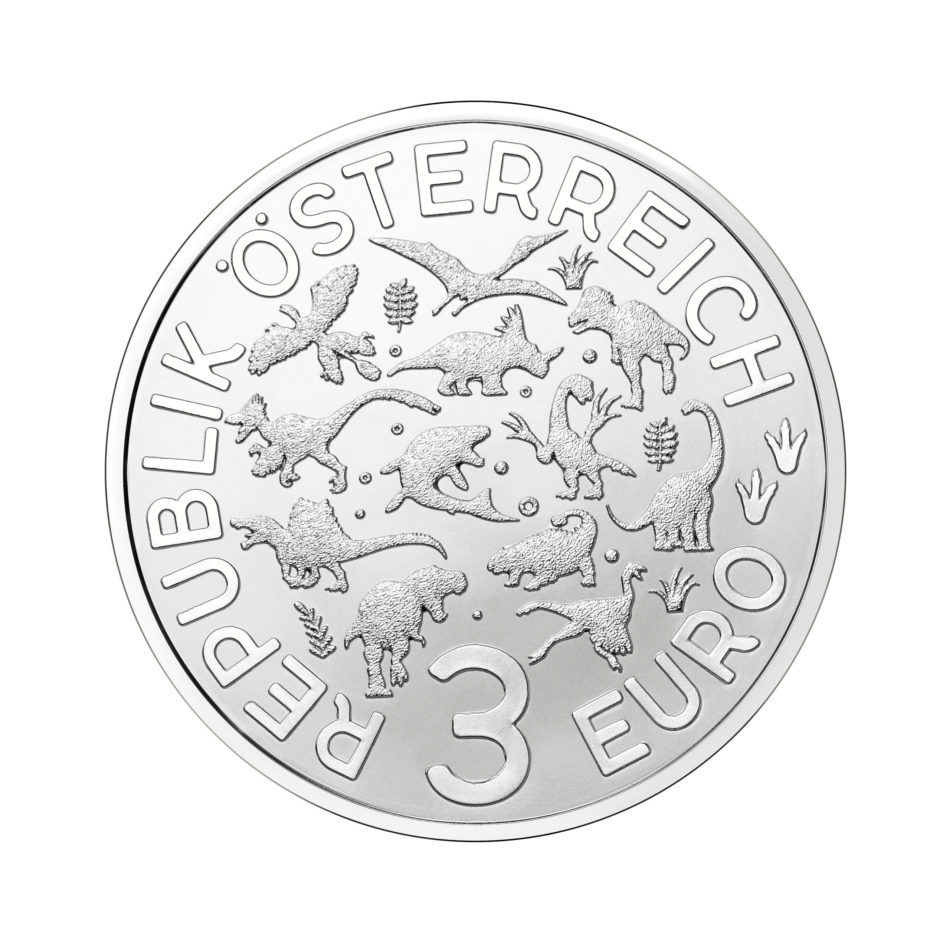 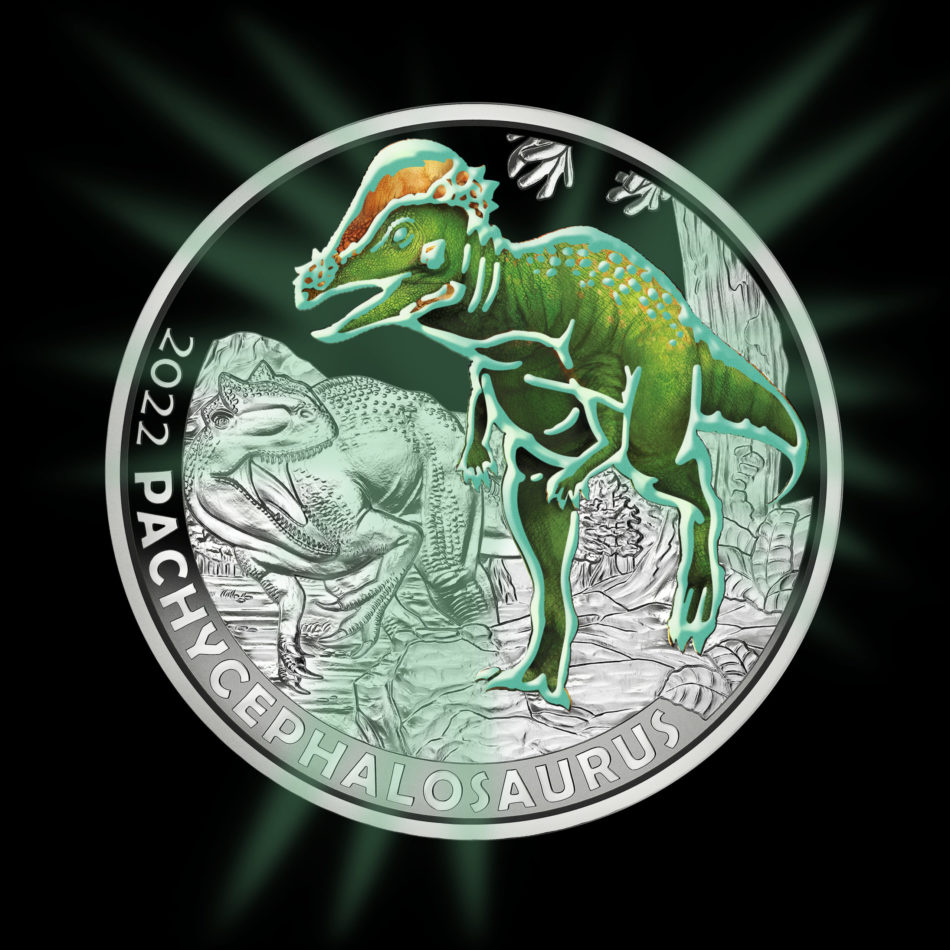