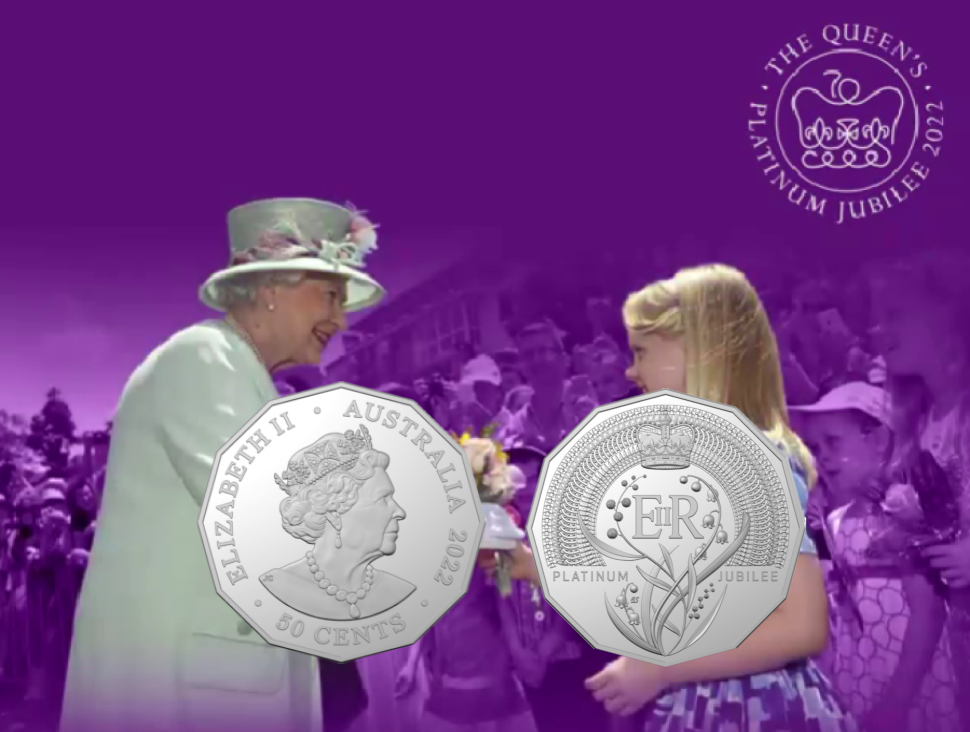 To celebrate the platinum jubilee of Her Majesty Queen Elizabeth II, the Royal Australian Mint is issuing a 50-cent coin dedicated to the event in both UNC and BE versions.

The reverse of the coin features Her Majesty’s monogram bordered by lily of the valley, one of the Queen’s favourite flowers, and the golden acacia, Australia’s national floral emblem. The St. Edward’s Crown is one of seventy crowns depicted, each representing a year of Her Majesty’s reign

The design of the coin is based on the 1977 Silver Jubilee commemorative coin designed by Stuart Devlin. 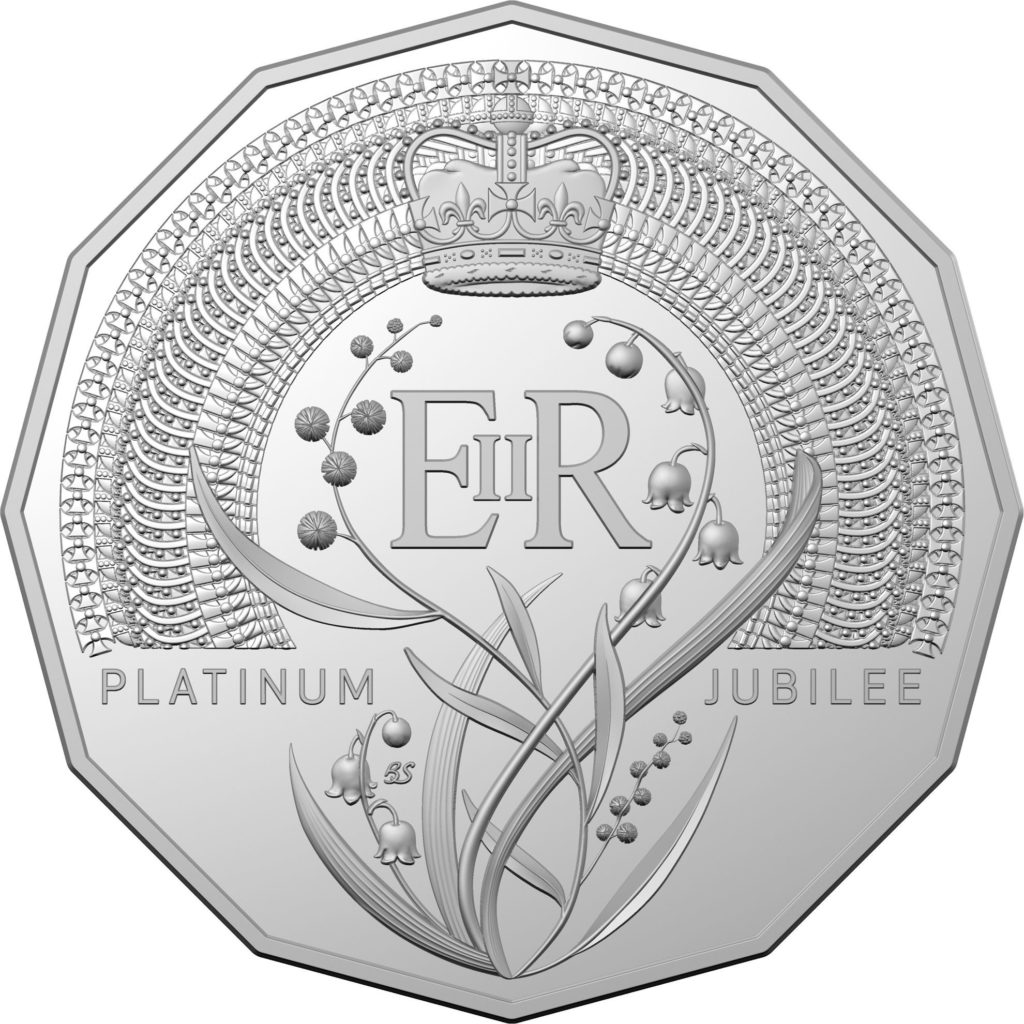 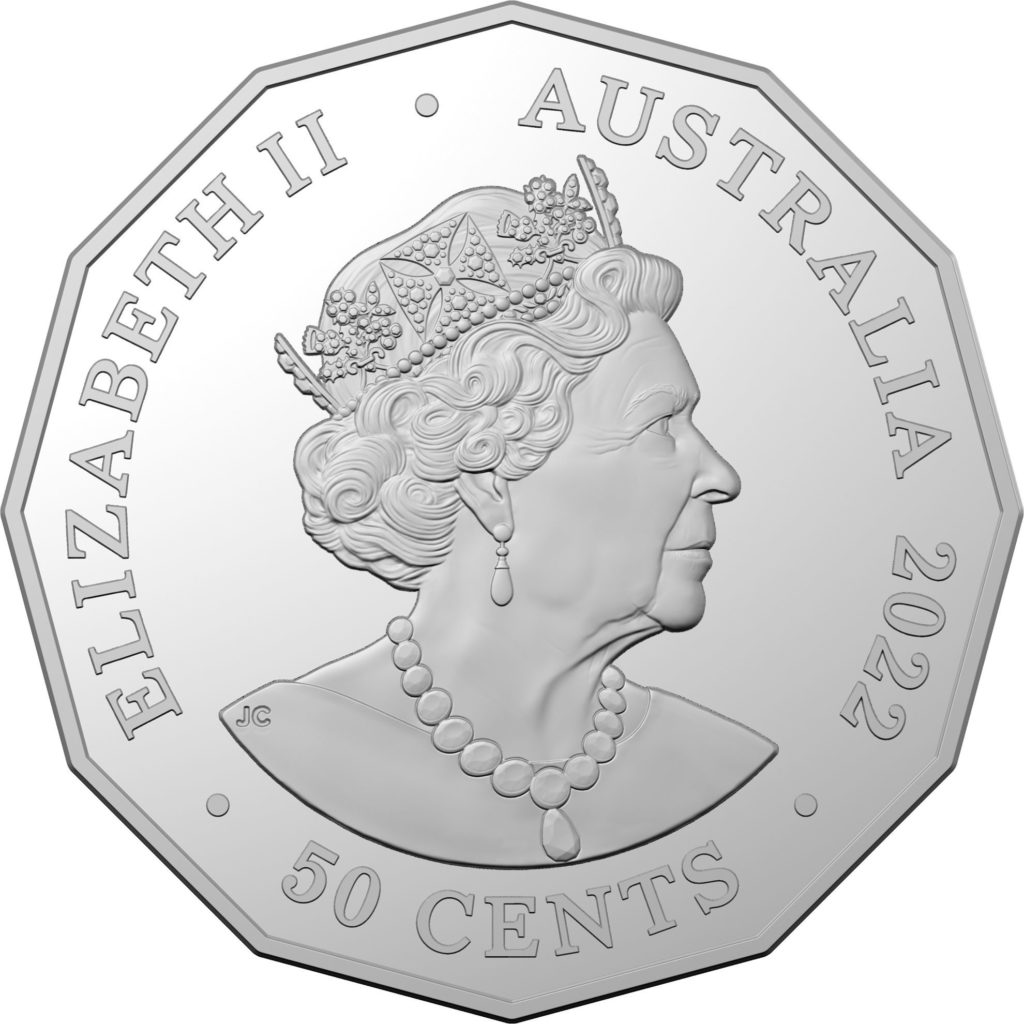