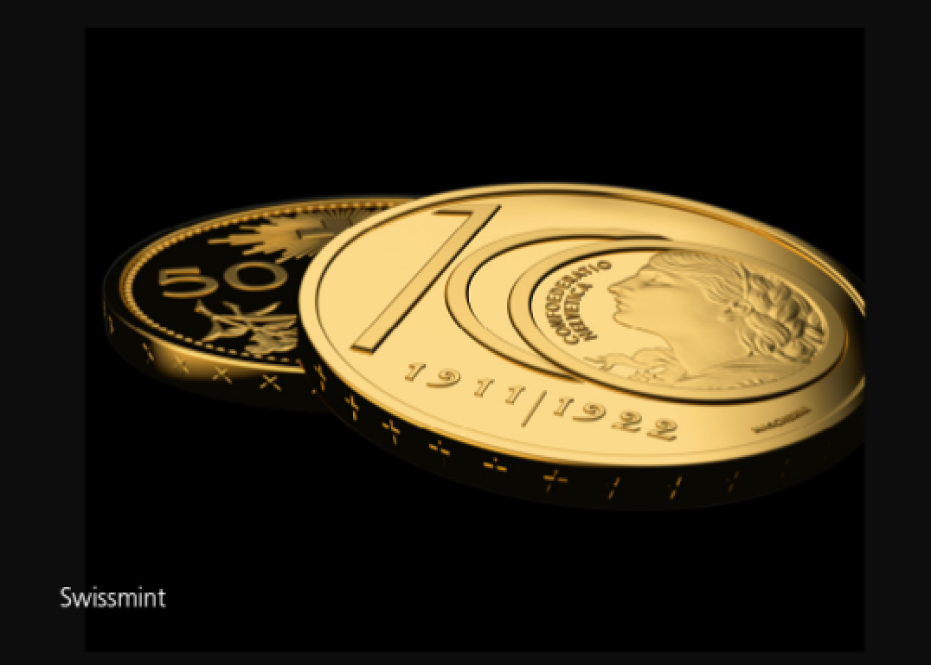 The 10-franc gold Vreneli obverse features the bust of a woman looking to the left, with thick, plaited hair and an edelweiss wreath around her shoulders, was minted for the last time in 1922. However, the thin planchets used and the nature of the relief on the obverse meant that the reverse of the 10-franc Vreneli had to be redesigned. The upper part shows the Swiss cross in the middle of a halo, the denomination and the year in the centre of the coin. The lower part depicts branches with alpine rose and gentian blossoms. The mint mark “B” for Bern can be seen at the very bottom. The coin weighs 3.226g with a gold fineness of 900/1000 and has a diameter of 19mm. 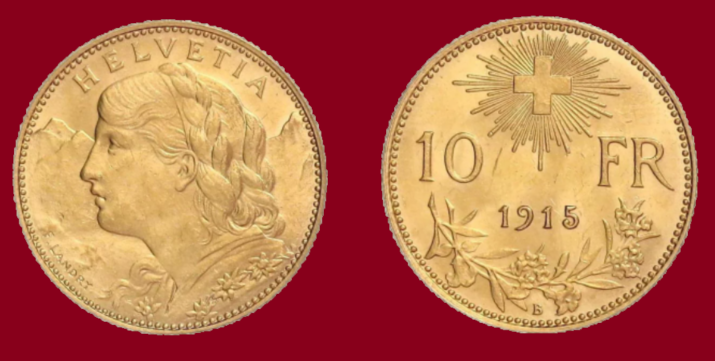 By issuing the 50-franc gold coin 100 years later on, Swissmint is commemorating the last minting of the 10-franc gold Vreneli in 1922. The obverse bears the number 100, with both zeros superimposed, in reference to the last minting. Inside the second zero is an enlarged section of the bust of the woman on the original Vreneli, looking to the left. At the bottom of the coin, separated by a vertical line, are the dates 1911 and 1922 for the period during which the 10-franc gold Vreneli was issued. The reverse from the original minting was retained, with two minor adjustments. The face value is now CHF 50 and the year of minting is 2022.

The new special coin from Swissmint will be available from 11 may 2022 in a limited edition and from individual coin dealers and banks. 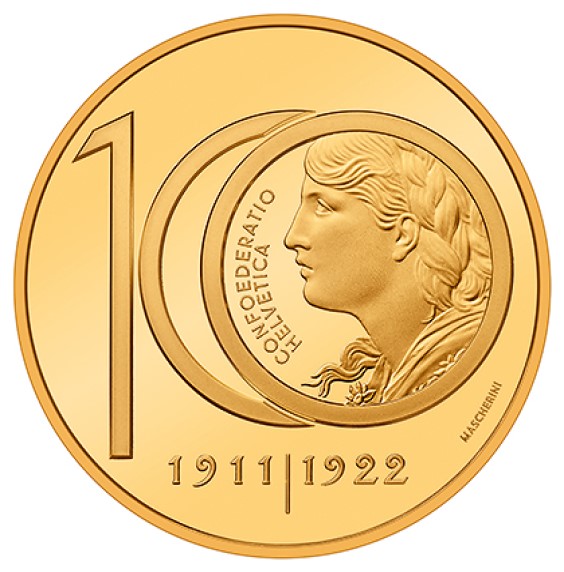 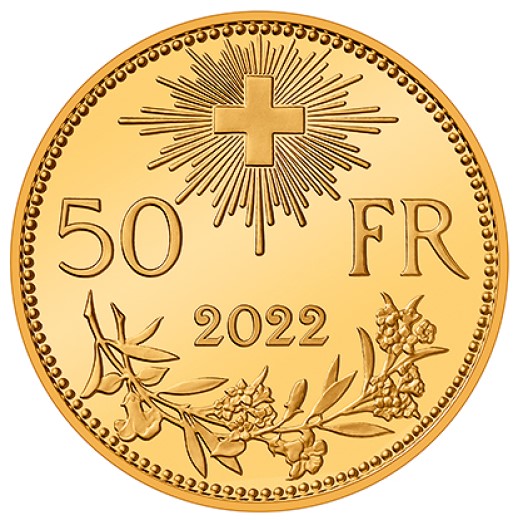 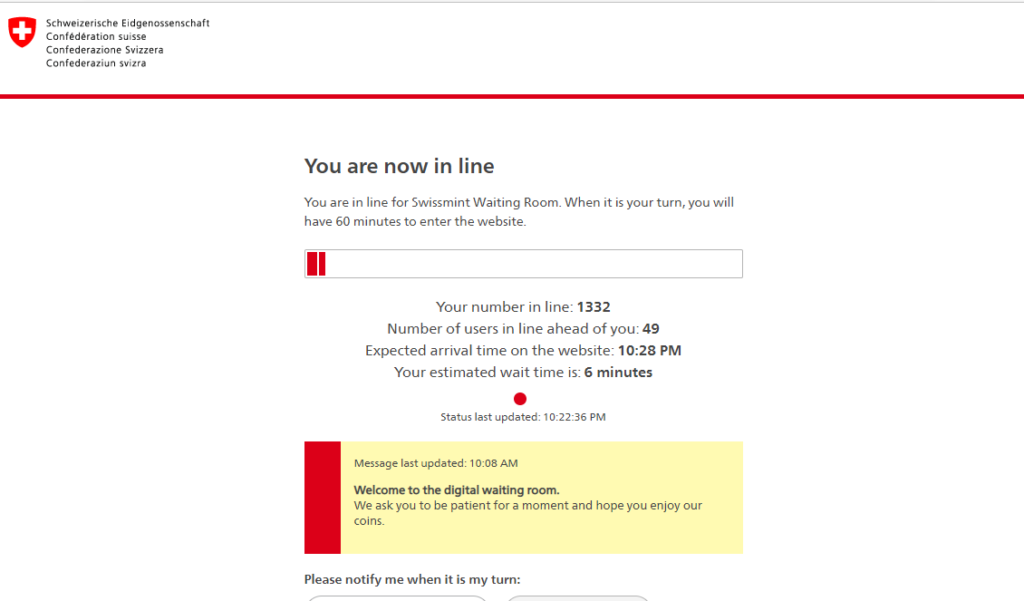 Proof quality is the highest minting quality, individual production, the coin die is used only around 500 times. Coin planchets are polished and surface-treated in an elaborate process. Coins are individually packed in coin capsules, and sold in a presentation case complete with numbered certificate of authenticity. 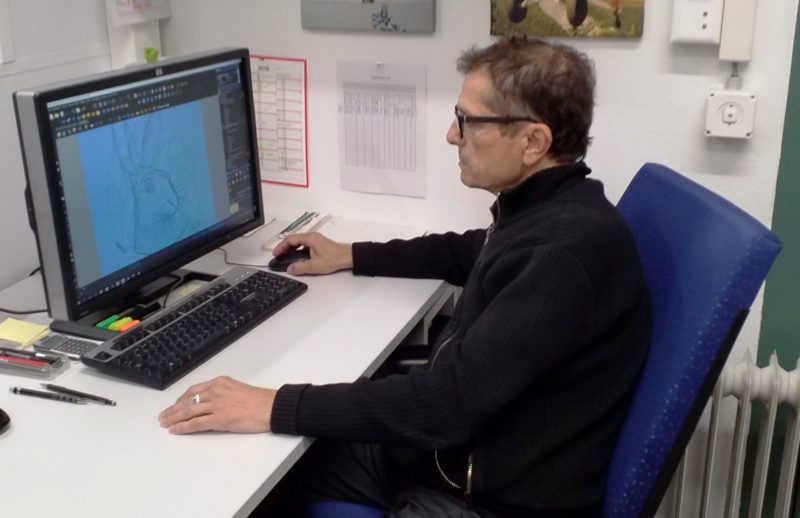 A coin that met with success

The 50 franc gold coin 2022 will finally have been put on sale less than half a day. At 11:30 it was sold out at the SWISSMINT online store. Swiss monetary issues are more and more sought after, especially if they are struck with noble metals (gold, platinum, etc…). 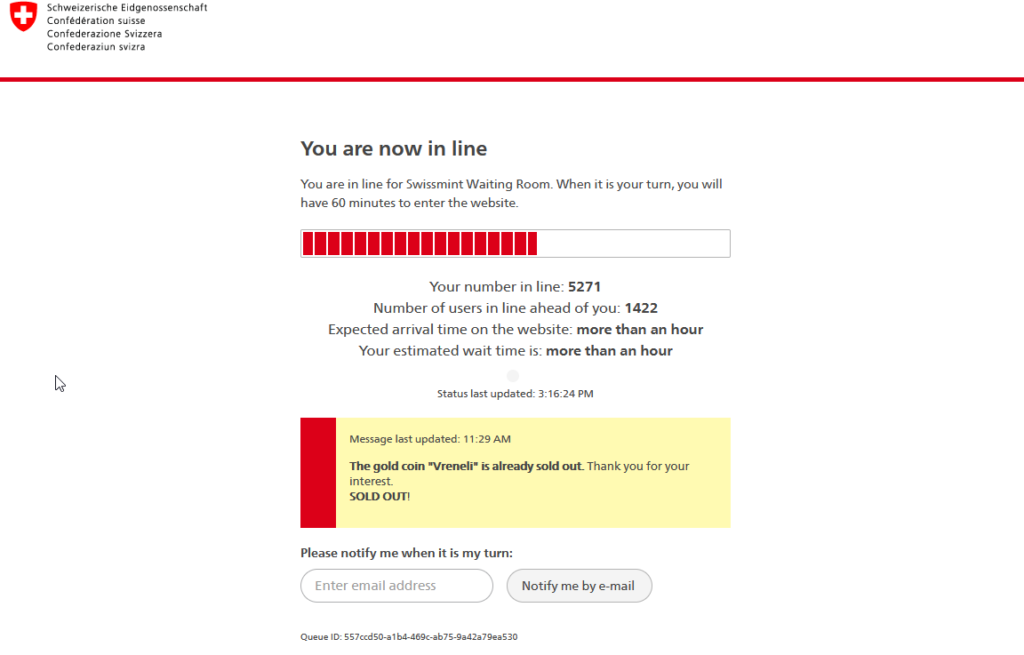 The coin is sold on the secondary market, with a 30% increase in value in 24 hours. 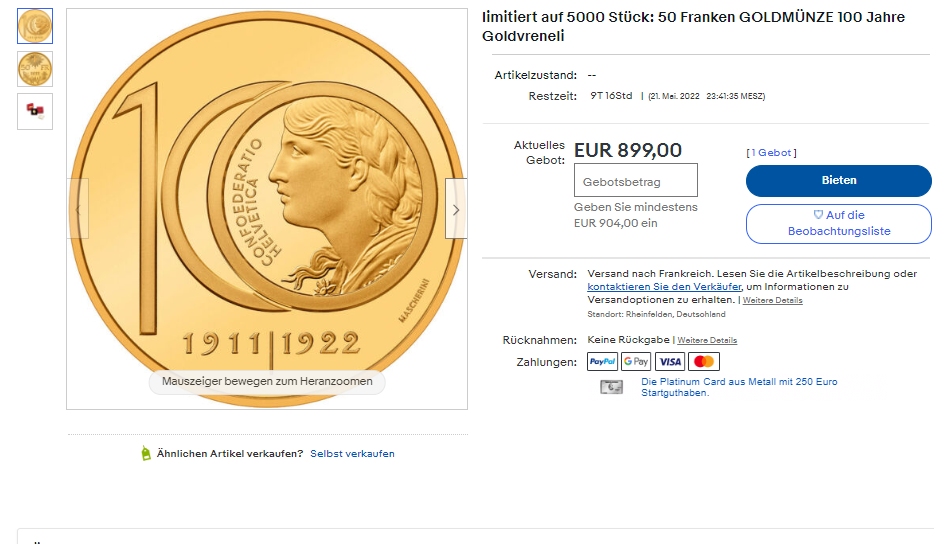