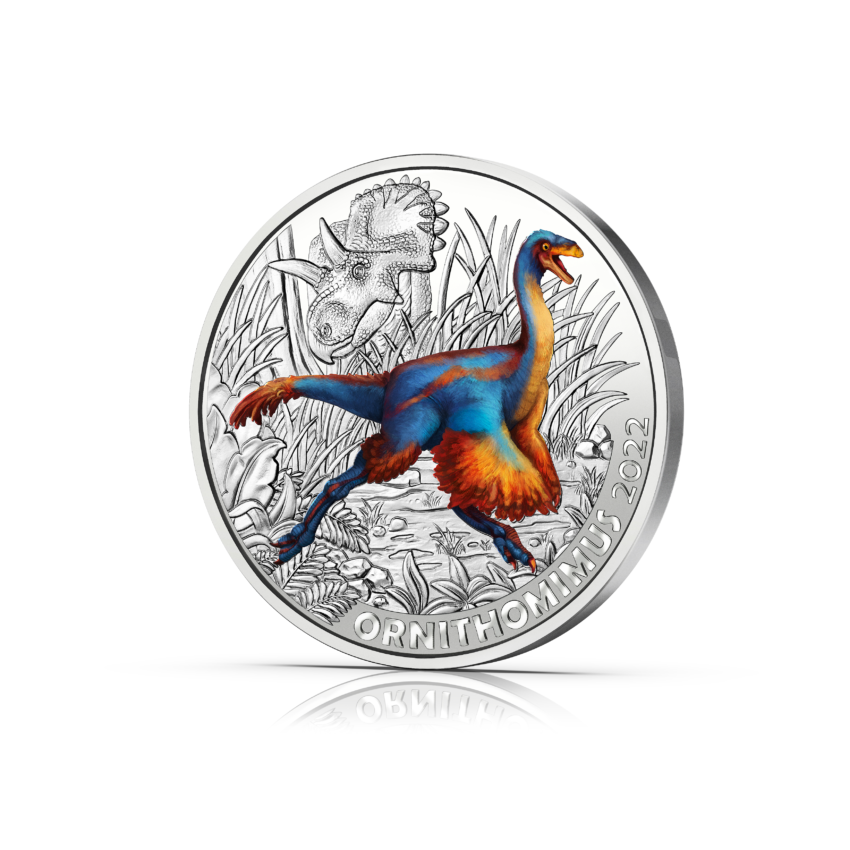 The coin dedicated to Ornithomimus velox is the last coin of Supersaurs series. Ornithomimus velox bore some resemblance to the ostrich, albeit with a long tail and arms instead of wings. The dinosaur even had a toothless jaw that tapered into a beak. Weighing around 150 kilograms and measuring 4 metres from its beak to the tip of its long tail, Ornithomimus had lower legs that were significantly longer than its thighs, and elongated metatarsal bones, both typical characteristics of a fast runner. Computer models have calculated that Ornithomimus had a top speed of 60 to 80 kilometres per hour, but its powerful hind claws suggest that it was capable of defending itself and did not just use its speed to evade attack.

Although the remains found to date cannot exactly substantiate Ornithomimus’ diet, the presence of small gastroliths – stones that birds and other animals swallow to grind food – in the epigastric region of some skeletons imply that it was a herbivore. Having said that, Ornithomimus could also have preyed on small reptiles and insects, another similarity with the ostrich, which despite having a predominantly plant-based diet and employing gastroliths, also eats caterpillars and grasshoppers.

Ornithomimus velox depicts the twelve extreme prehistoric animals of the Supersaurs series in silhouette on the obverse, while a color-printed Ornithomimus moves through a grassy landscape on the reverse of the coin, which glows in the dark. 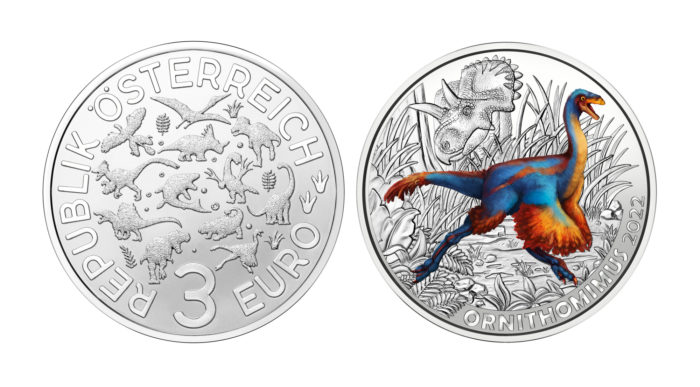 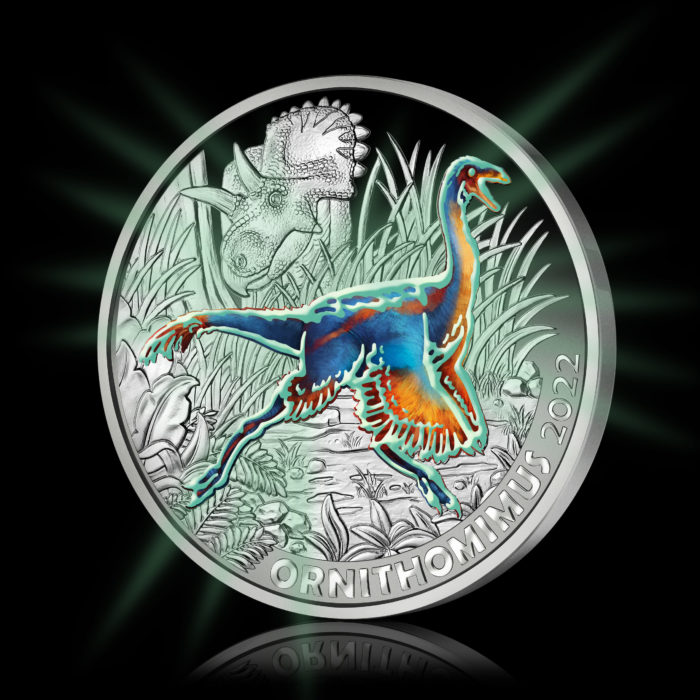