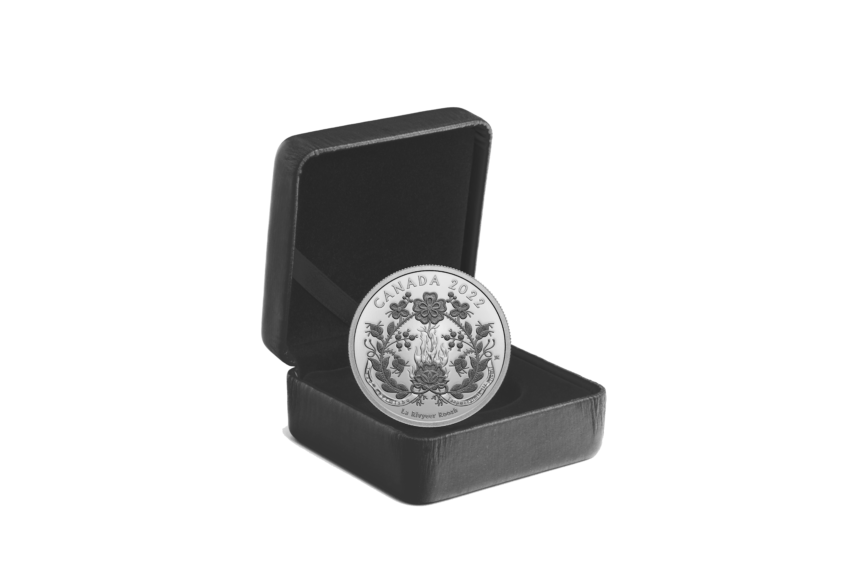 Designed by Métis artist Jennine Krauchi, the image on the reverse of the “Generations: Red River Métis” $20 silver coin is an engraved representation of an original floral beadwork design and includes Michif language elements. 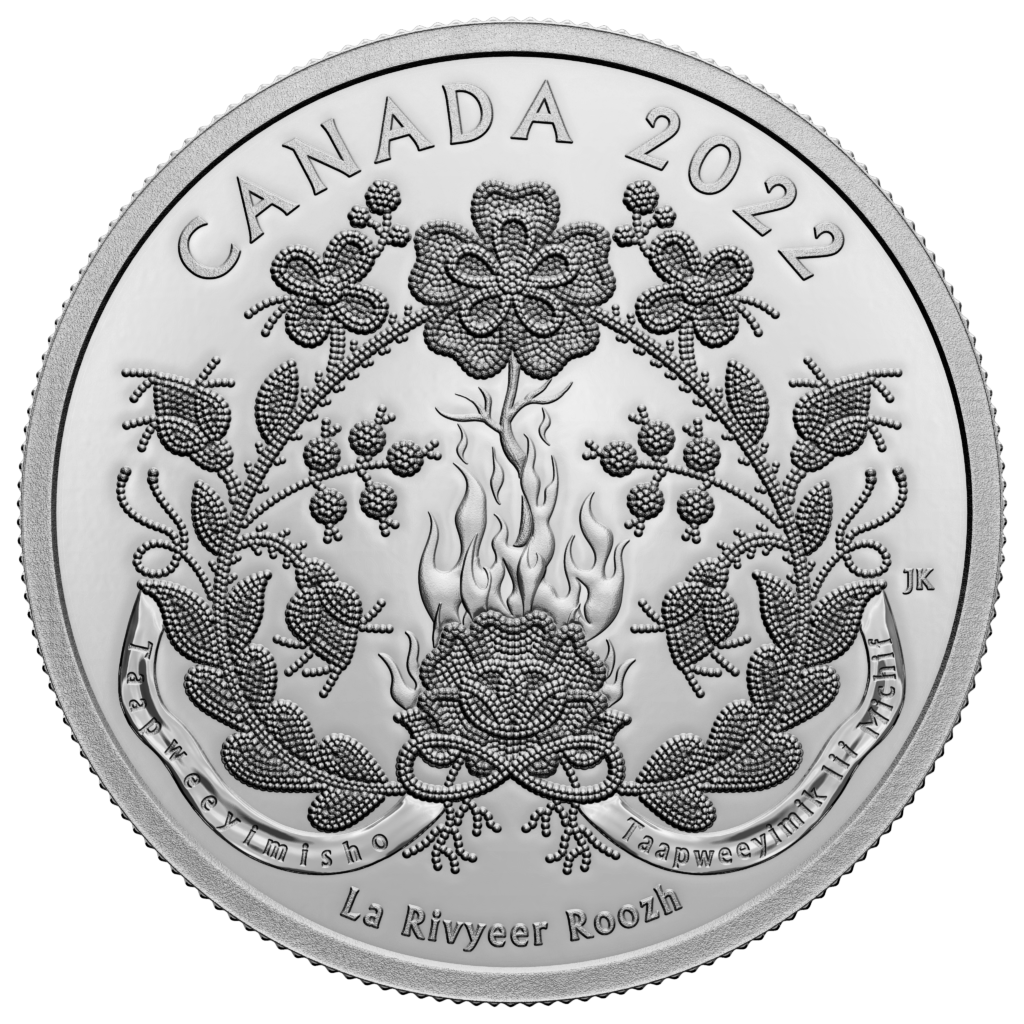 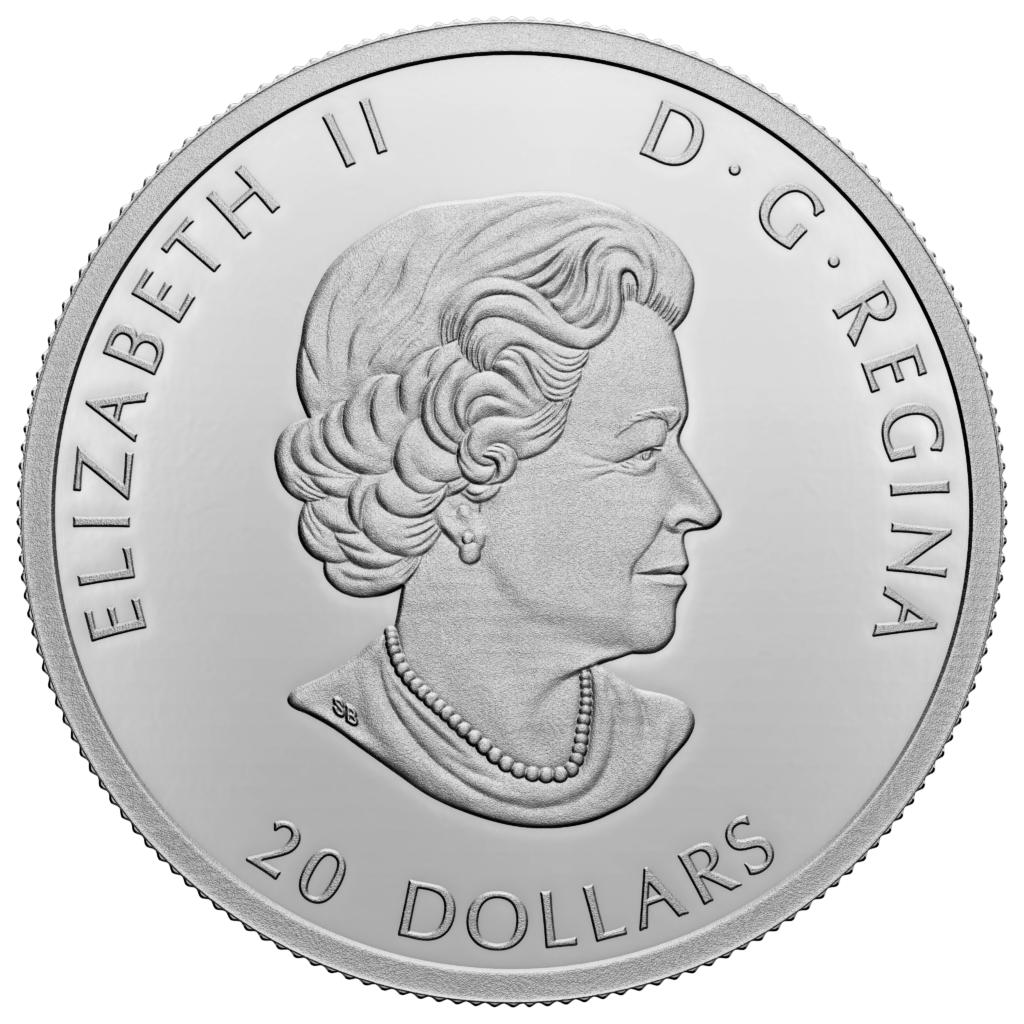 The words “Rivyeer Roozh”, meaning “Red River”, are inscribed at the base of the design. The roots above this inscription represent the homeland and ancestry of the Red River Métis. From the infinity symbol, which represents the irreducible and unchanging spirit of the people, two bands extend to represent the Red River. The words Taapweeyimisho and Taapweeyimik lii Michif, which mean “believe in you” and “believe in the Métis”, are also included.

The fire in the center of the design symbolizes a time of repression and loss. The prairie rose – a classic Red River Métis design – symbolizes the survival and cultural resurgence of this Nation. The long stems are typically accented with two or three beaded accents, called “mouse tracks”. The leaves and flower buds imbue the design with an aura of love and joy. The obverse features Her Majesty Queen Elizabeth II, according to Susanna Blunt.