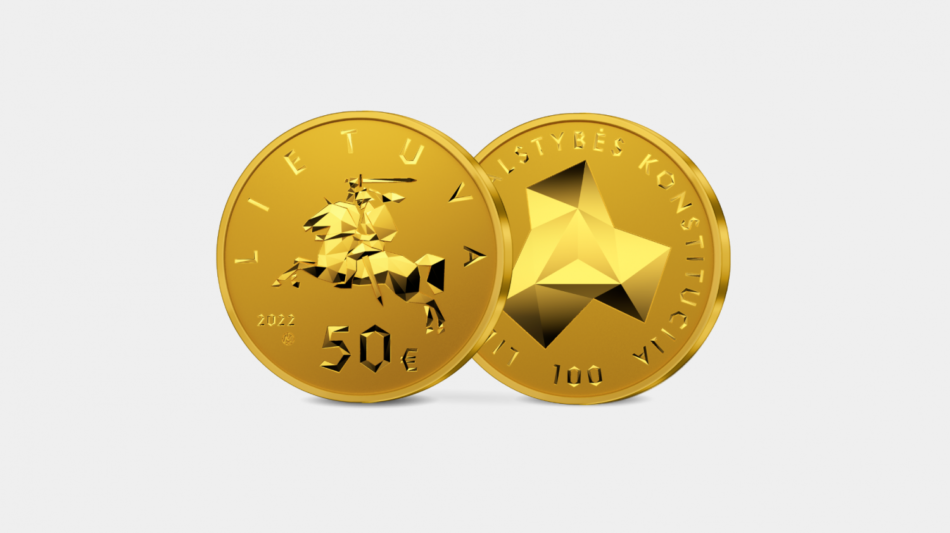 The Bank of Lithuania is issuing a collector coin dedicated to the 100th anniversary of the Lithuanian State Constitution on 6 September. The designer of the coin is Egidijus Rapolis. The mintage is 3 000 coins. They were minted by UAB “Lietuvos monetų mint” (Lithuanian Mint). The reverse of the new coin – in the language of symbols – represents the democratic foundations of state-building laid down in the Constitution of the State of Lithuania. In the centre of the obverse is engraved the knight Vytis, a stylised symbol of the coat of arms of the Republic of Lithuania.

Official presentation of the gold coin 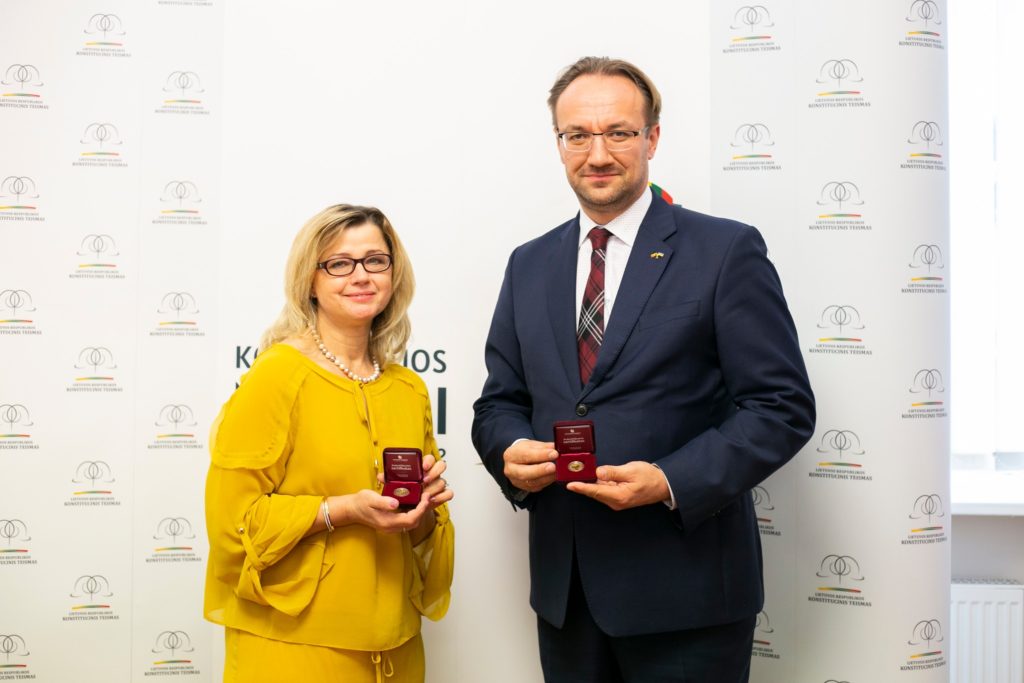 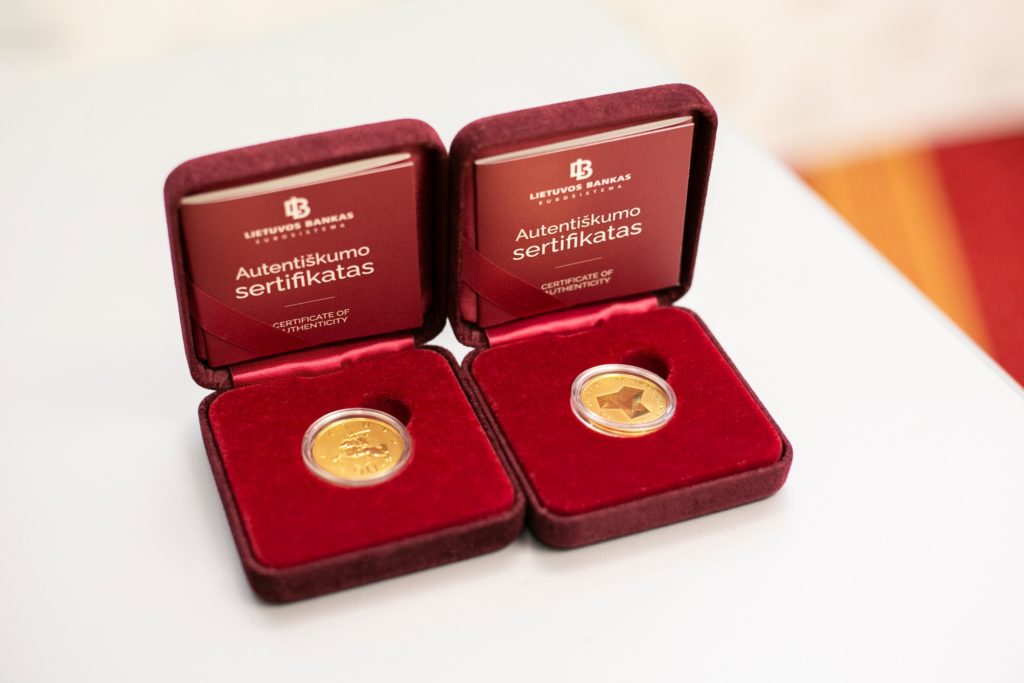 Two other coins (silver and copper-nickel) will also be issued on the same theme in 2022.