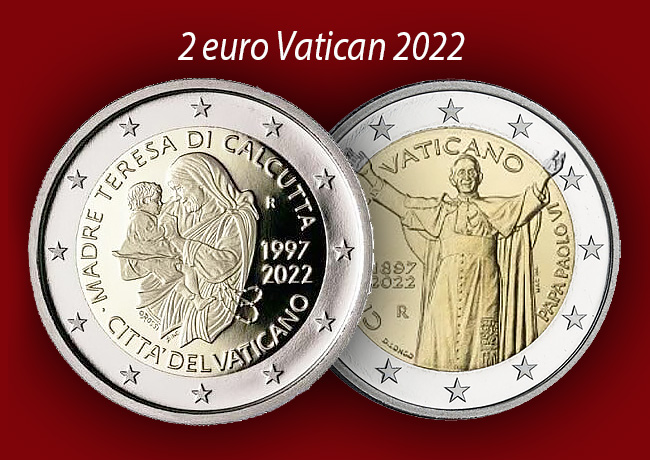 The Vatican State Mint dedicates the two new €2 commemorative coins to Mother Theresa and Pope Paul VI. The Vatican-issued euros coins are among the rarest and most difficult to find.

The Vatican State Mint dedicates its two-euro coin, a double-shiny version that is BU and proof, to her life and work. Mother Teresa, canonized by the Catholic Church as Saint Teresa of Calcutta, was a naturalized Albanian Catholic nun, missionary in India, and winner of the Nobel Peace Prize in 1979.

She was born on August 26, 1910 in Üsküb (Ottoman Empire), now Skopje, and died on September 5, 1997 in Calcutta (India). She is best known for her personal charity work and the founding of a religious congregation, the Missionaries of Charity, who accompanied her and followed her example. She was beatified on October 19th 2003 by Pope John Paul II and canonized on September 4th 2016 by Pope Francis. 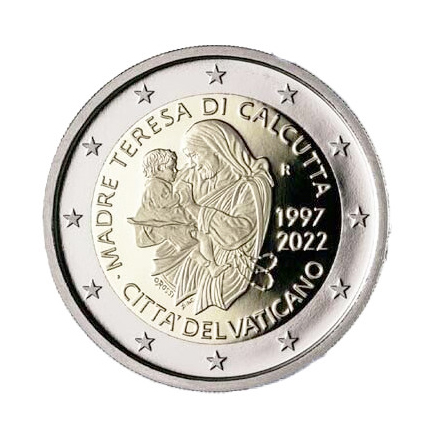 The artist Orietta Rossi has drawn, on the reverse of the coin, Mother Teresa holding an indian child in her arms, looking at him with a motherly expression. This image reflects all the love, commitment and dedication that Mother Teresa offered to alleviate the suffering of the “poorest of the poor”. 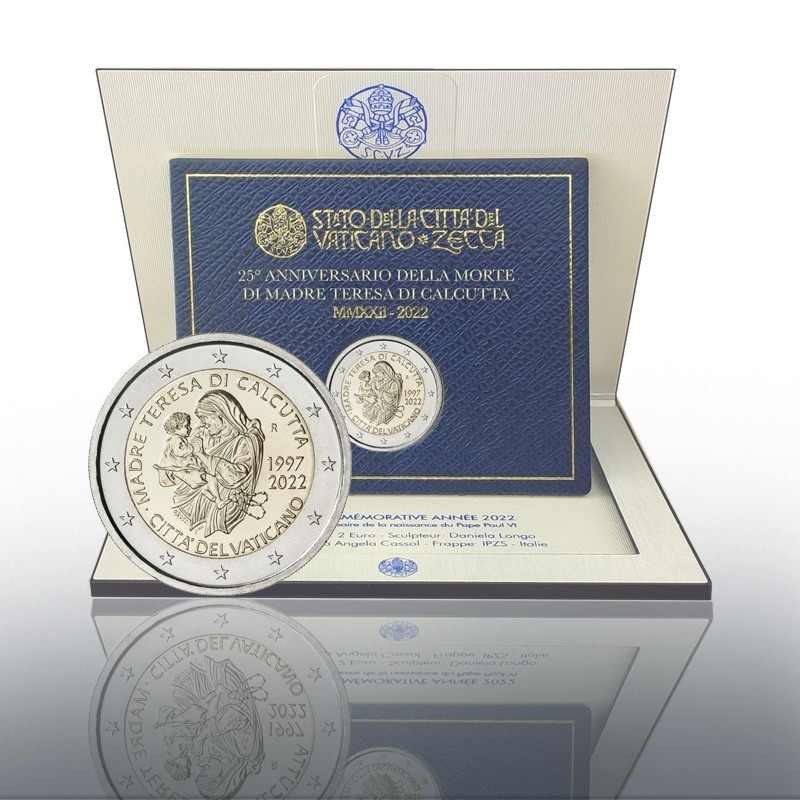 Giovanni Battista Montini, born on September 26th 1897 in Concesio, near Brescia, a city in Lombardy in the archdiocese of Milan in northern Italy, and died on August 6th 1978 in Castel Gandolfo, was an Italian Catholic prelate, elected pope on June 21st 1963 under the name of Paul VI (in Latin Paulus VI, in Italian Paolo VI). As Bishop of Rome, he was the 262nd pope of the Catholic Church, and his pontificate lasted from 1963 until his death in 1978. 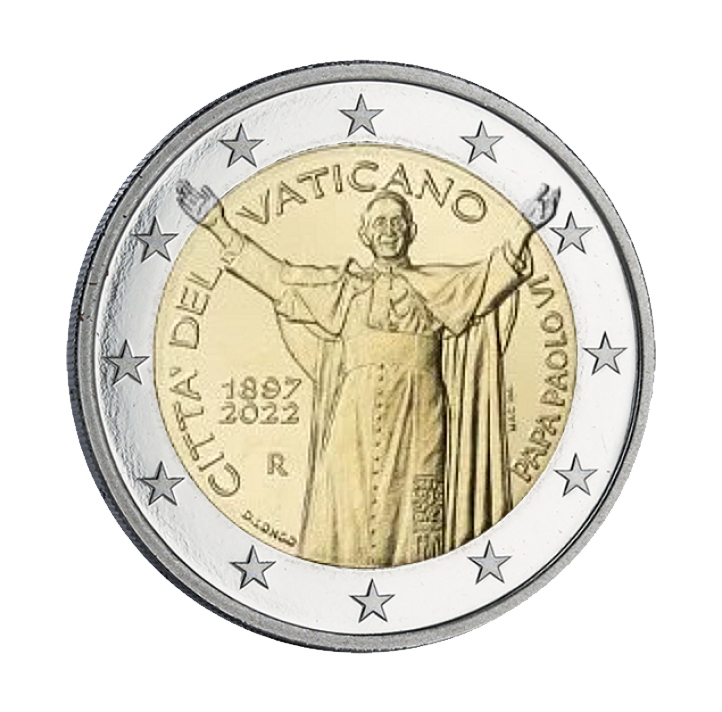 On the coin, we see the pope smiling and opening his arms wide with the gesture he often used to greet crowds. He wears a cassock tied at the waist with a fascia bearing the coat of arms of his pontificate embroidered on the bottom, his cloak and his coat.

The artist Daniela Longo made the engraving on the reverse of the piece representing the tapestry displayed on the facade of St. Peter’s Basilica. 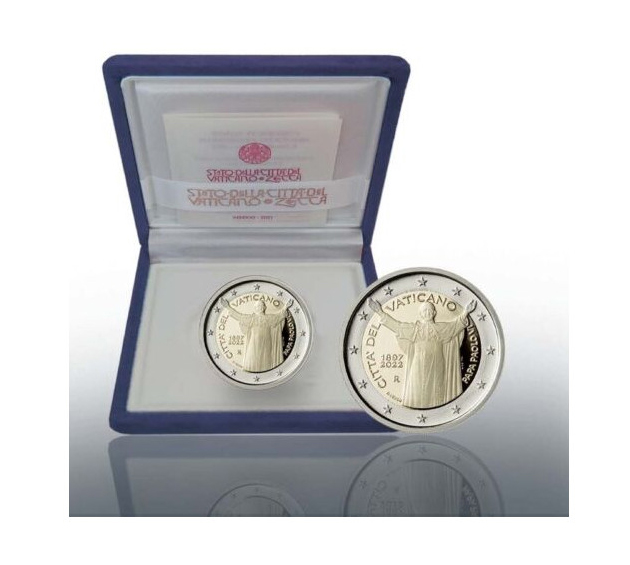