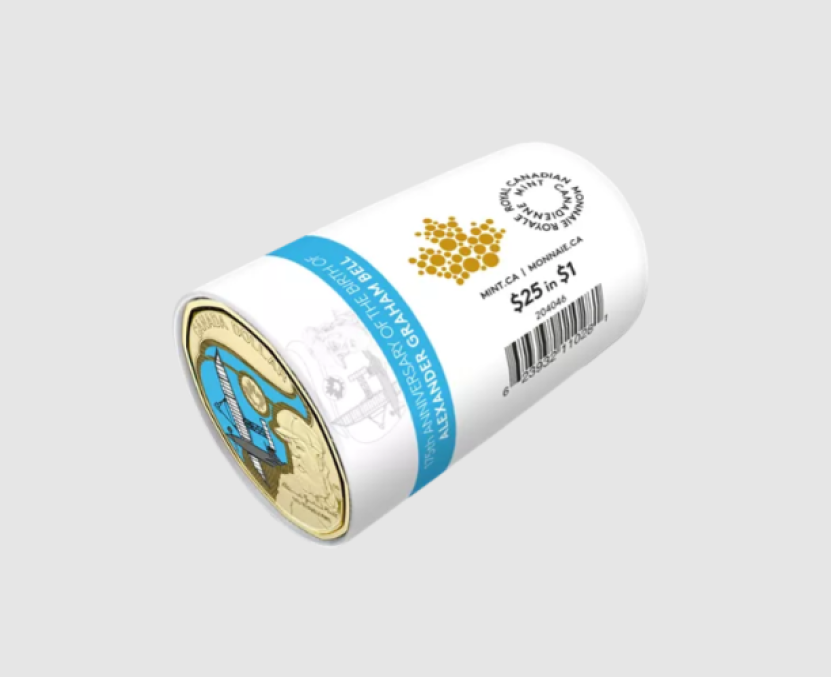 The “175ᵉ Birthday of Alexander Graham Bell” commemorative $1 coin highlights Bell’s contributions and accomplishments, including a record-breaking hydrofoil and the first powered aircraft to fly in Canada. Both aircraft are engraved on the commemorative $1 coin, of which there are two versions in the monetary set: an uncolored coin and a coin adorned with blue waves depicting the Bras d’Or Lakes in Nova Scotia. It was on this lake that the Silver Dart and the HD-4 hydrofoil made history.

The coin is sold in two versions in a dedicated coin set that also contains the other denominations of the annual Canadian divisional series. The Royal Canadian Mint also offers coloured coins in rolls of 25 coins. 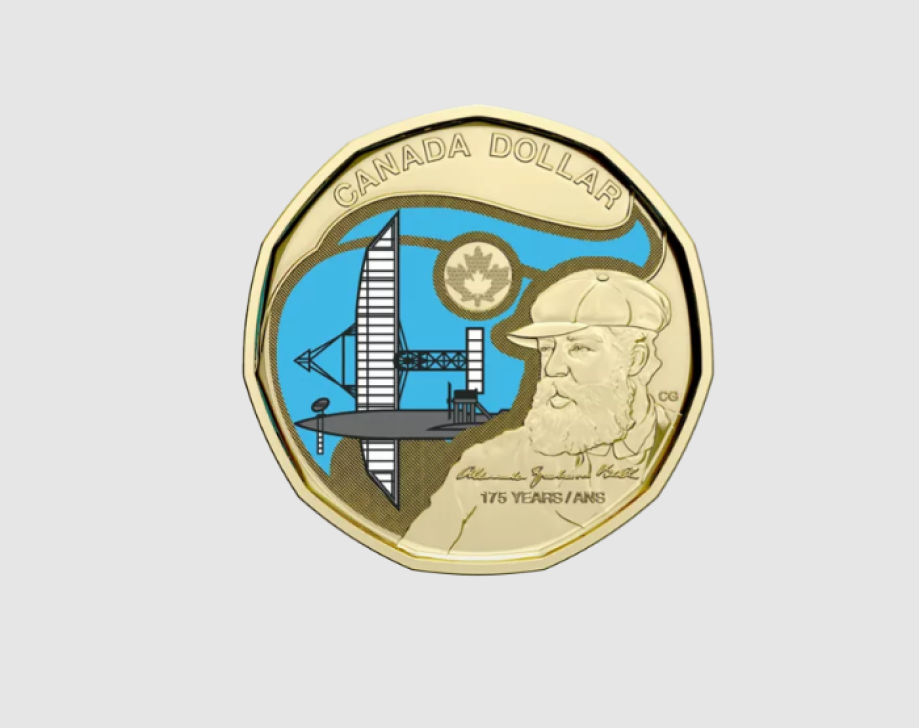 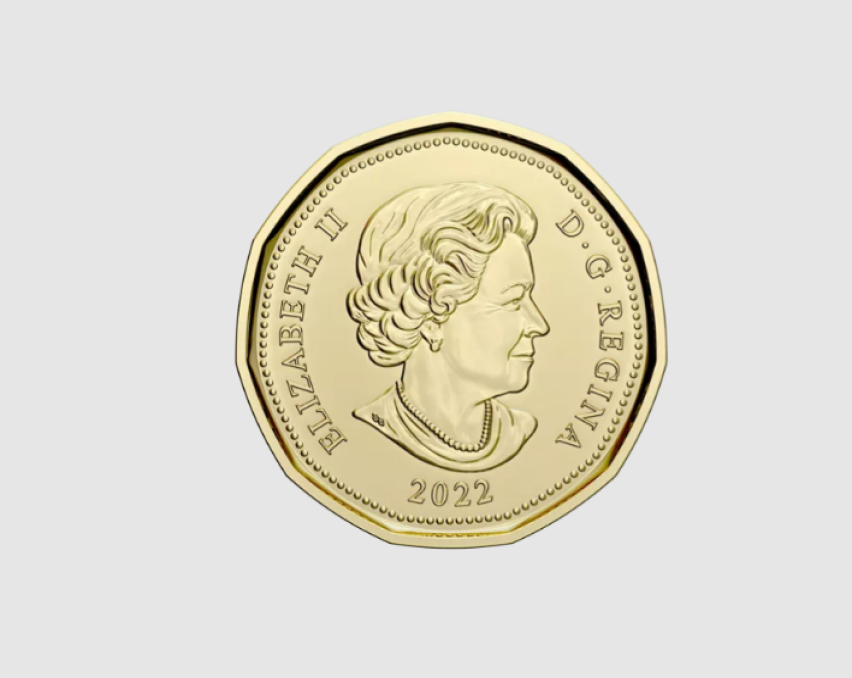 After the Red Wing, the White Wing and the June Bug (which won the Scientific American magazine trophy in 1908 for the very first public flight in North America), the Silver Dart is the fourth and last aircraft built by the AEA (aeronautical association created by GRAHAM BELL). It was designed by J.A.D. McCurdy, who flew the aircraft over the Bras d’Or Lake on February 23, 1909.

It was the first manned and powered flight in Canada. This first flight lasted only one minute, but it was quite a feat. The frame and structure of the aircraft were made of steel pipes, bamboo, insulation tape, cables and wood. The wings were covered with a silver rubberized fabric, hence the name.

Hydrofoils were designed to navigate on water thanks to the lift generated by their hydrofoils. By lifting the boat’s hull out of the water, resistance is reduced, allowing the boat to reach higher speeds.

Between 1911 and 1919, Alexander Graham Bell and Casey Baldwin created four hydrofoils and named the fourth HD-4. On September 9, 1919, the HD-4 reached a speed of about 114 km/h (70.86 mph) on the waters of Baddeck Bay, setting a world record for speed on water. After this feat, the two inventors continued to create experimental hydrodromes, even designing target trailers for the Royal Canadian Navy. Hydrofoils are still used today for racing, leisure and even passenger transport.