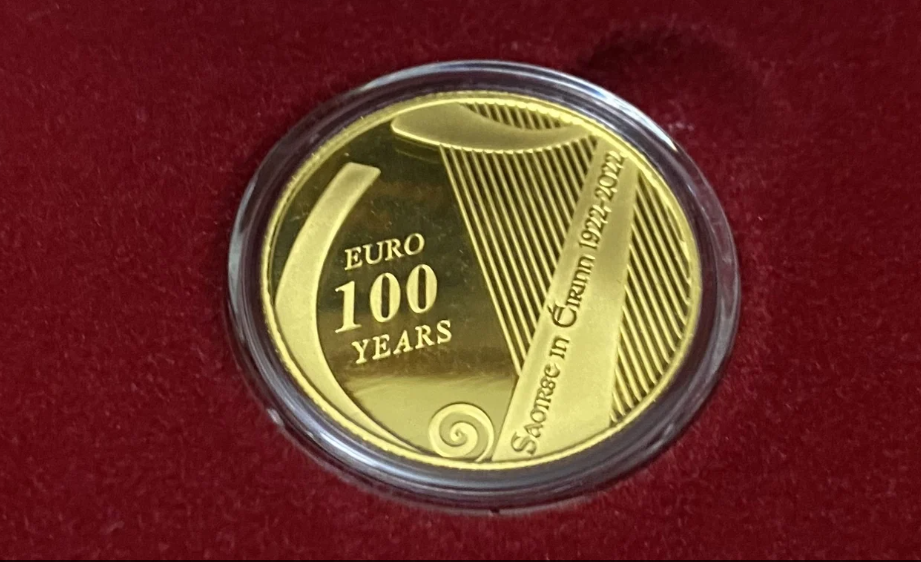 Last update 11/30/2022 – Irish central bank unveiled that a €100 Gold Proof Coin to commemorate 100 Years Since the Establishment of the State will go on sale to the public on 30th November 2022. The coin was launched by Minister for Finance Paschal Donohoe and Governor of the Central Bank Gabriel Makhlouf at the National Library of Ireland. 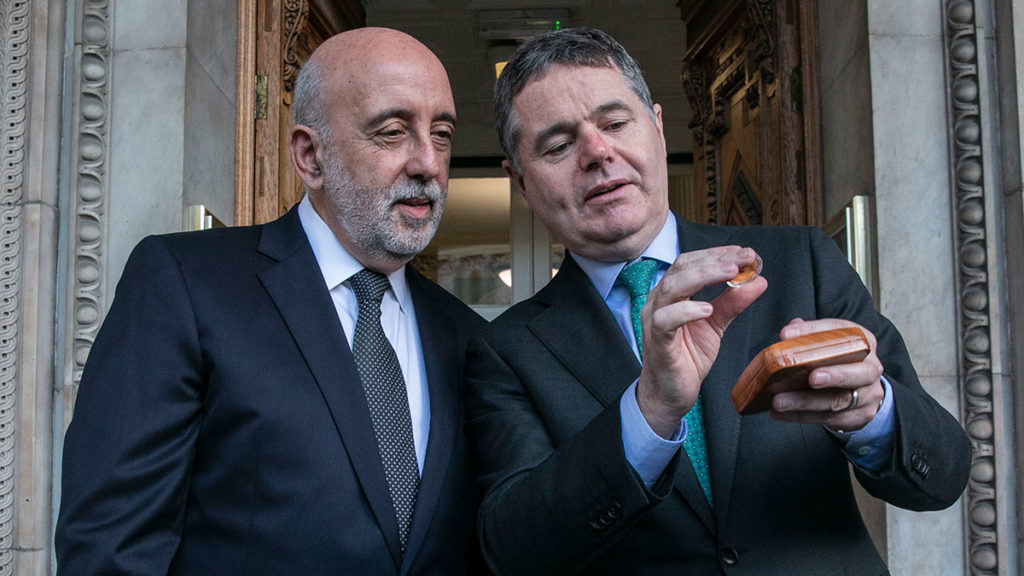 The coin is struck in 999.9 gold to proof quality and was designed by Mary Gregoriy. 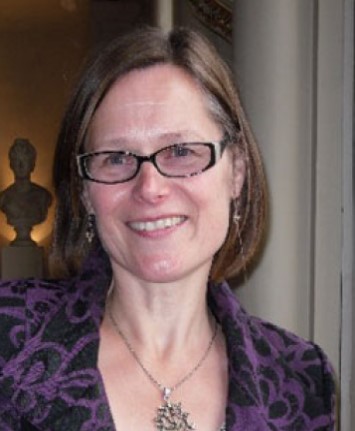 This is the final coin to be issued in 2022 and marks an important Irish historic commemoration. There is an issue limit of 750 and the retail price is €1,225. The coins will go on sale at 10am on  irish central bank website. There will be a limit of two coins per transaction.

Speaking at the launch, Governor Makhlouf said: “I am delighted Minister Donohoe could launch our commemorative gold coin this morning. In the context of 100 years of the State, I am a relatively recent arrival to Ireland, I’ve found it fascinating to learn more about its history and the events that helped to shape the country we live in today. The establishment of the Irish State was one such pivotal moment in Irish history and we are pleased to mark its centenary with the launch of this coin.”

Minister Donohoe thanked attendees for joining him at the event, stating: “It is wonderful to be part of such an important event in the history of the State. I am honoured to not only be launching this remarkable gold coin to commemorate 100 years of the State alongside Governor Makhlouf, but also to have the privilege of doing so in the historic venue that is the National Library of Ireland.” 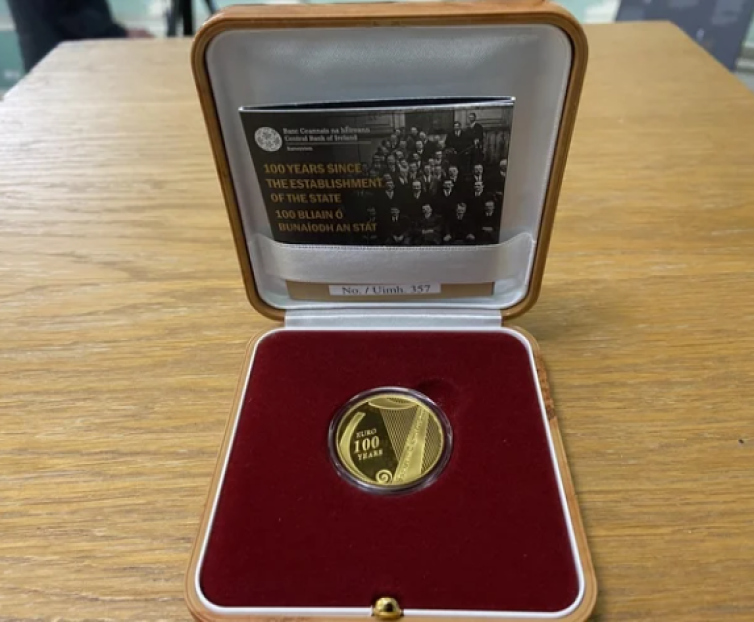 Gold coin with the boxe

The War of Independence drew to a close when a truce between the Irish and British forces was agreed on 11 July 1921. The Anglo-Irish Treaty, which was signed by Irish and British Representatives on 6 December, 1921, provided for the establishment of an Irish Free State consisting of 26 of Ireland’s 32 counties. A parliament representing the six counties of Northern Ireland had already been established on 23 December, 1920. The Treaty was narrowly accepted by Dáil Éireann, the Irish Parliament, 64 votes to 57, on 7 January, 1922.

Those voting against the Treaty believed that the struggle should continue until a full Republic was achieved. A Civil War erupted which continued for eleven months. In the general election held on 16 June, 1922, those for the Treaty won 92 out of the 128 seats. 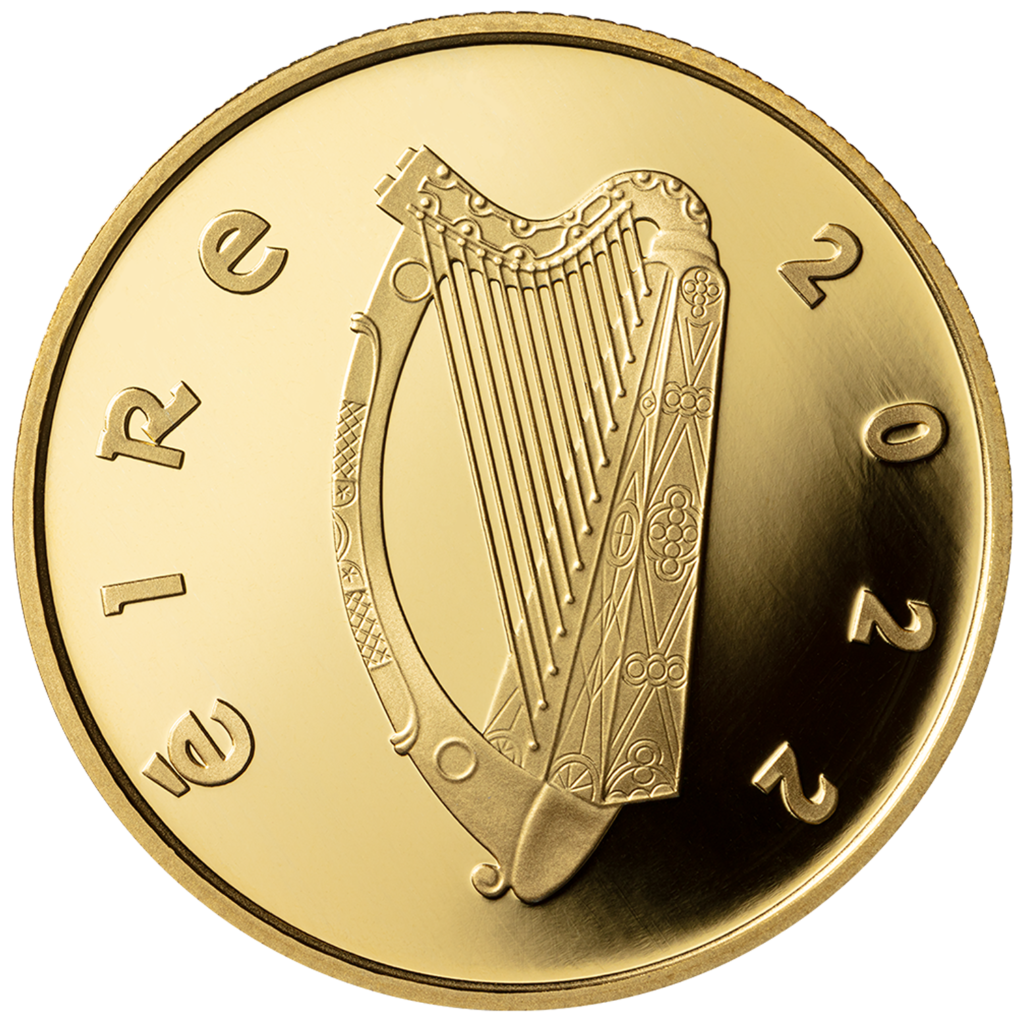