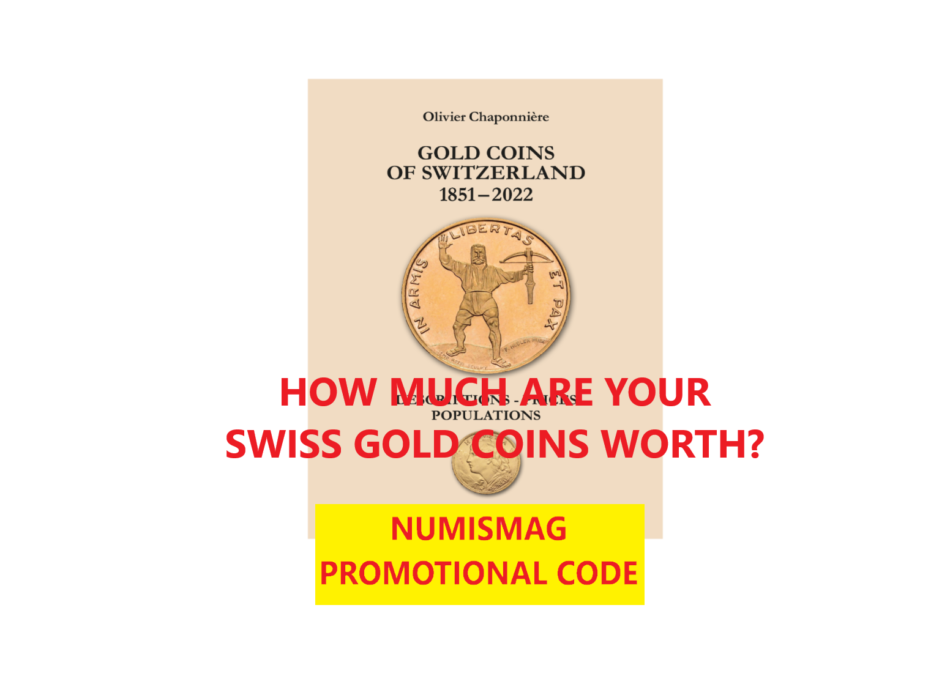 The “Gold Coins of Switzerland 1851-2022” is the title of the latest book published by Chaponnière and Firmenich SA, a renowned auction house located in Switzerland. It is dedicated to the gold coins issued by Switzerland and Liechtenstein. This book is primarily intended for Swiss collectors. But it is of interest to many other collectors. Indeed, the craze for Swiss gold coins has gone far beyond the borders of this country. Many collectors living outside of Switzerland own one or more examples of Swiss federal coins. These coins are collected in Europe, in the United States or even in Japan. Beyond the world of collecting, many savers have bought Swiss gold coins, especially 20 franc VRENELI. Two out of ten collectors collect gold coins in Switzerland. 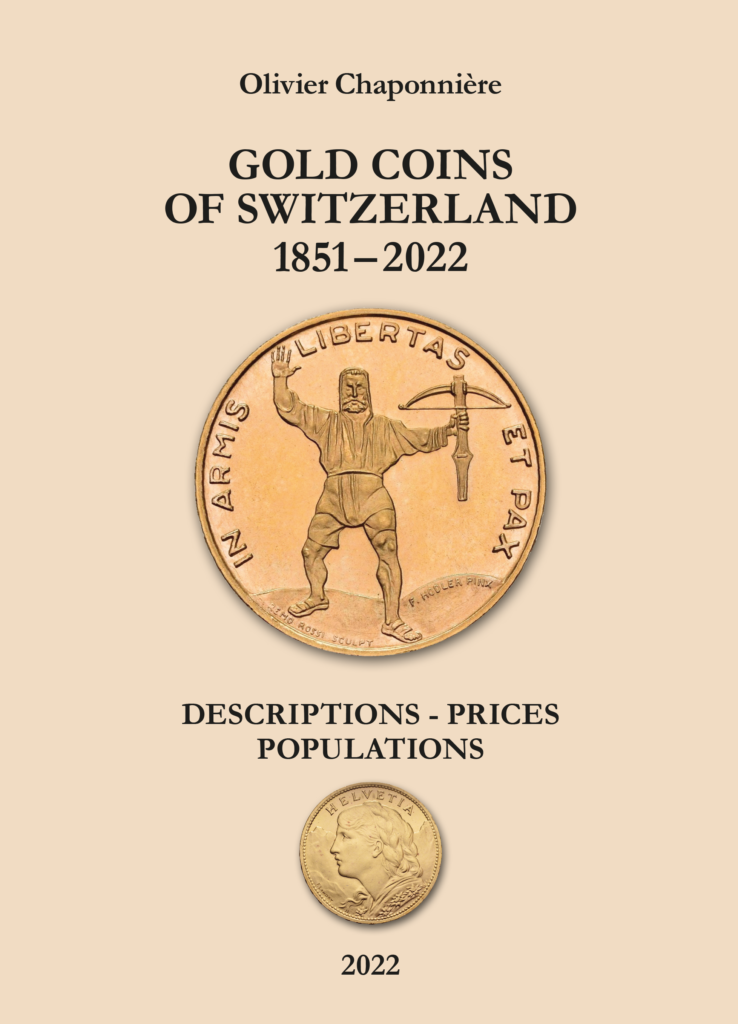 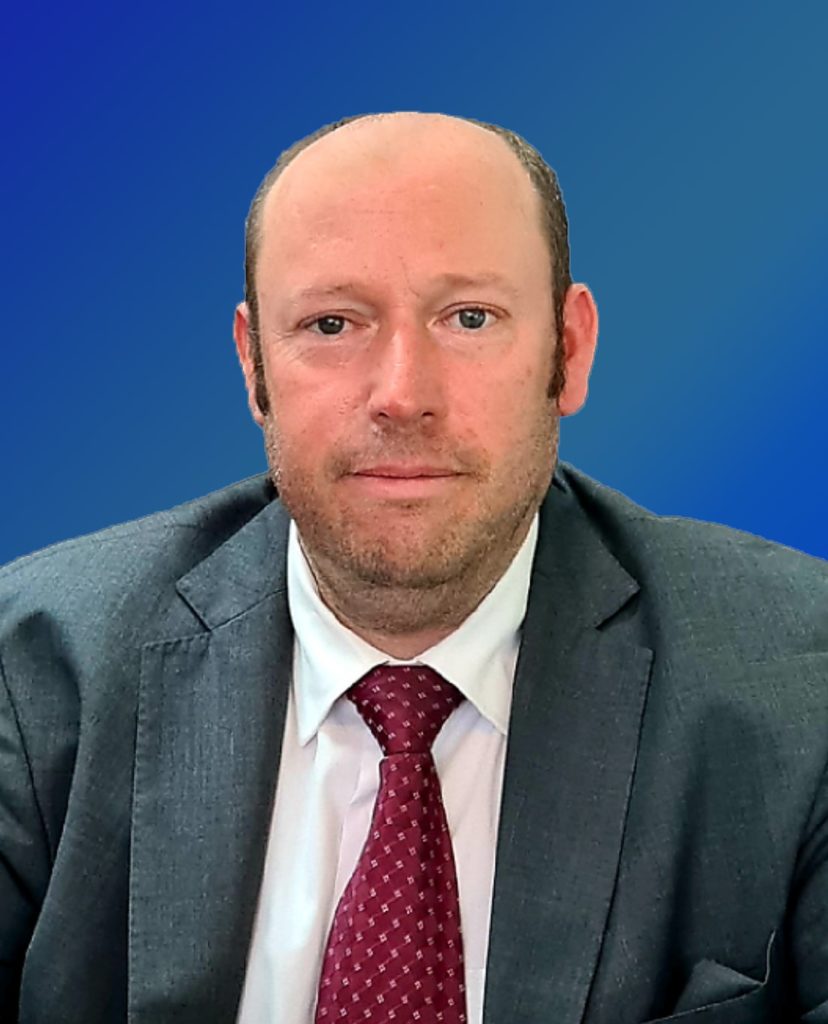 Olivier Chaponnière, the author of the book

This book covers the entire field of gold numismatics. Thus, the book consists of the following chapters: 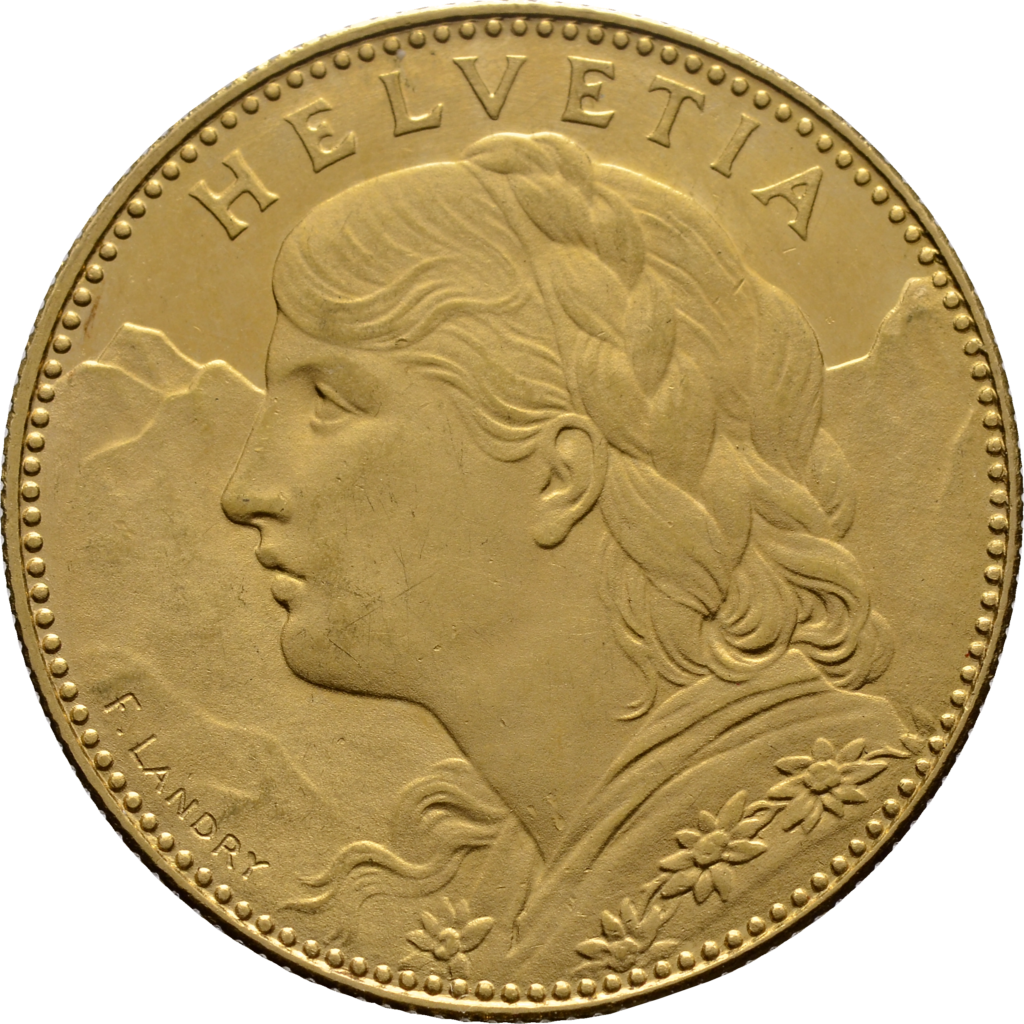 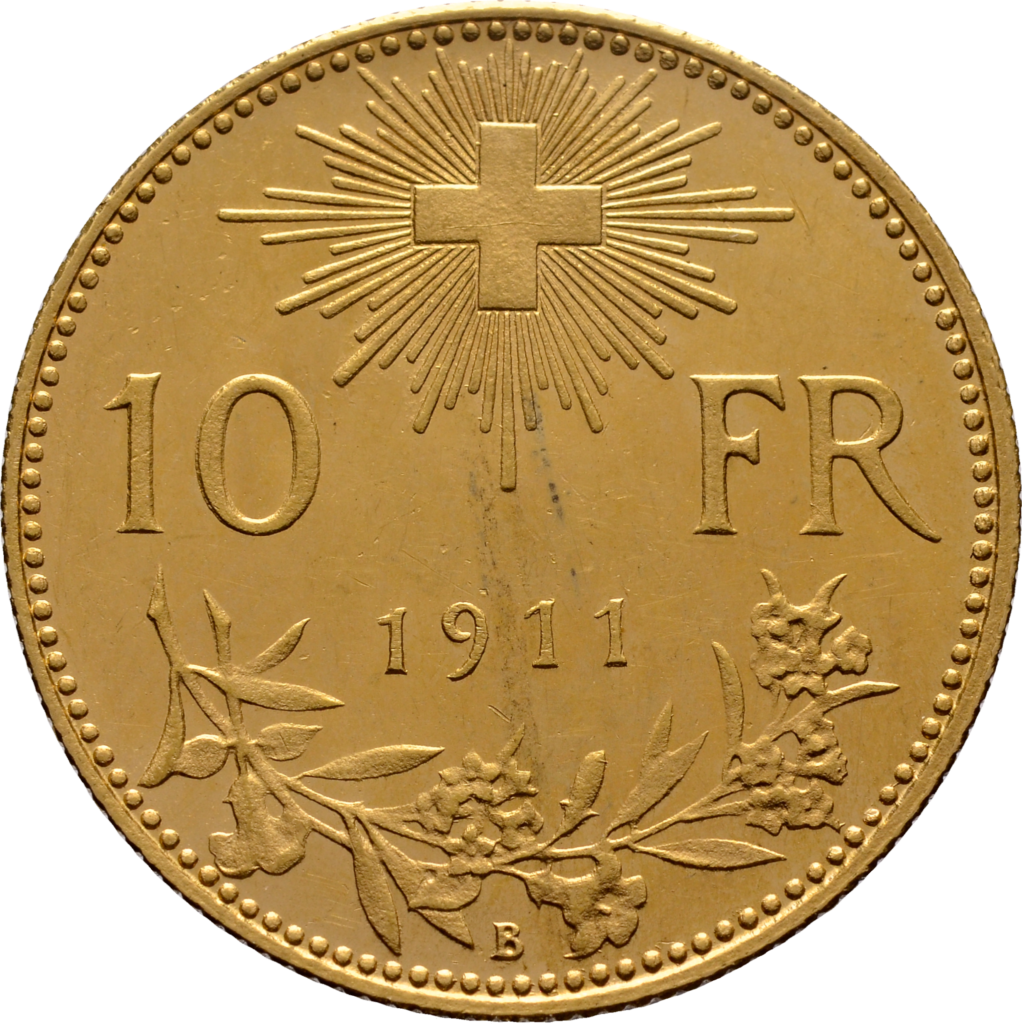 Obverse and reverse of the 10 francs VRENELI 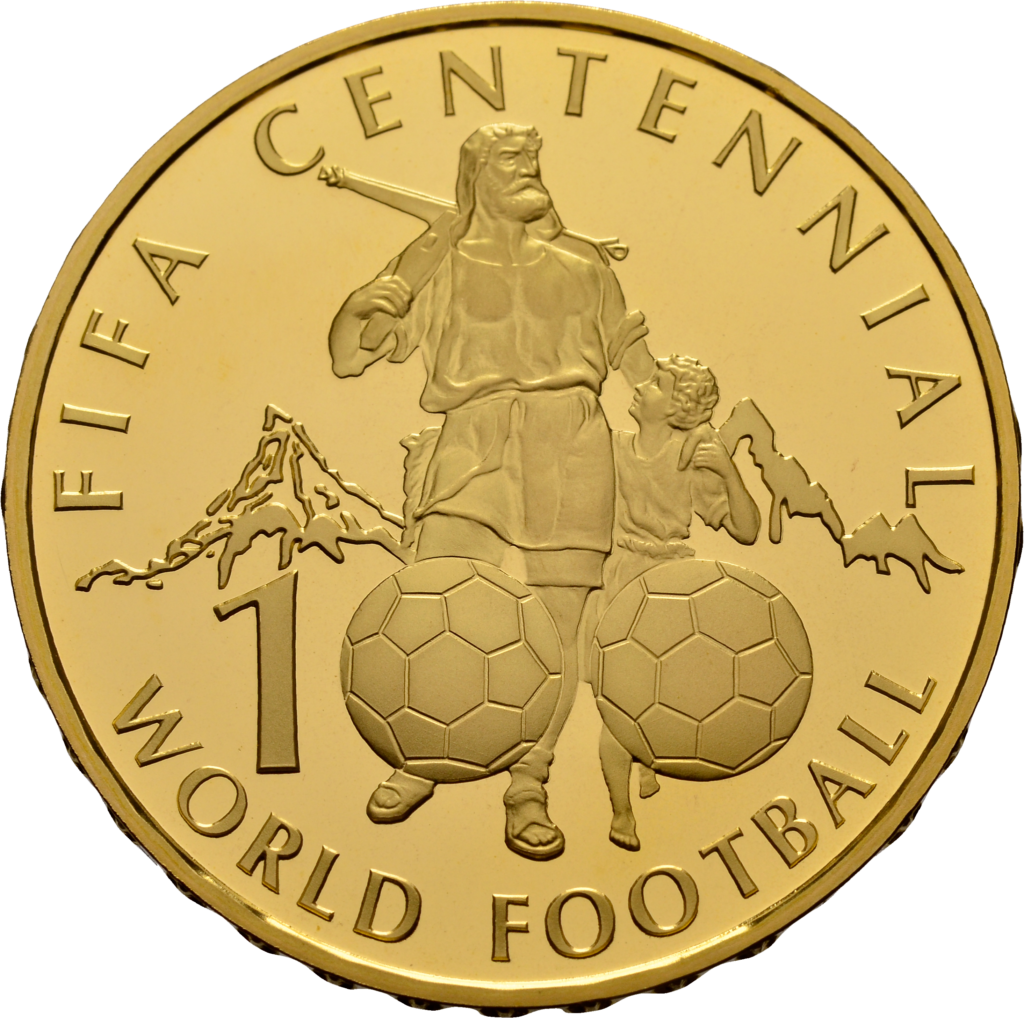 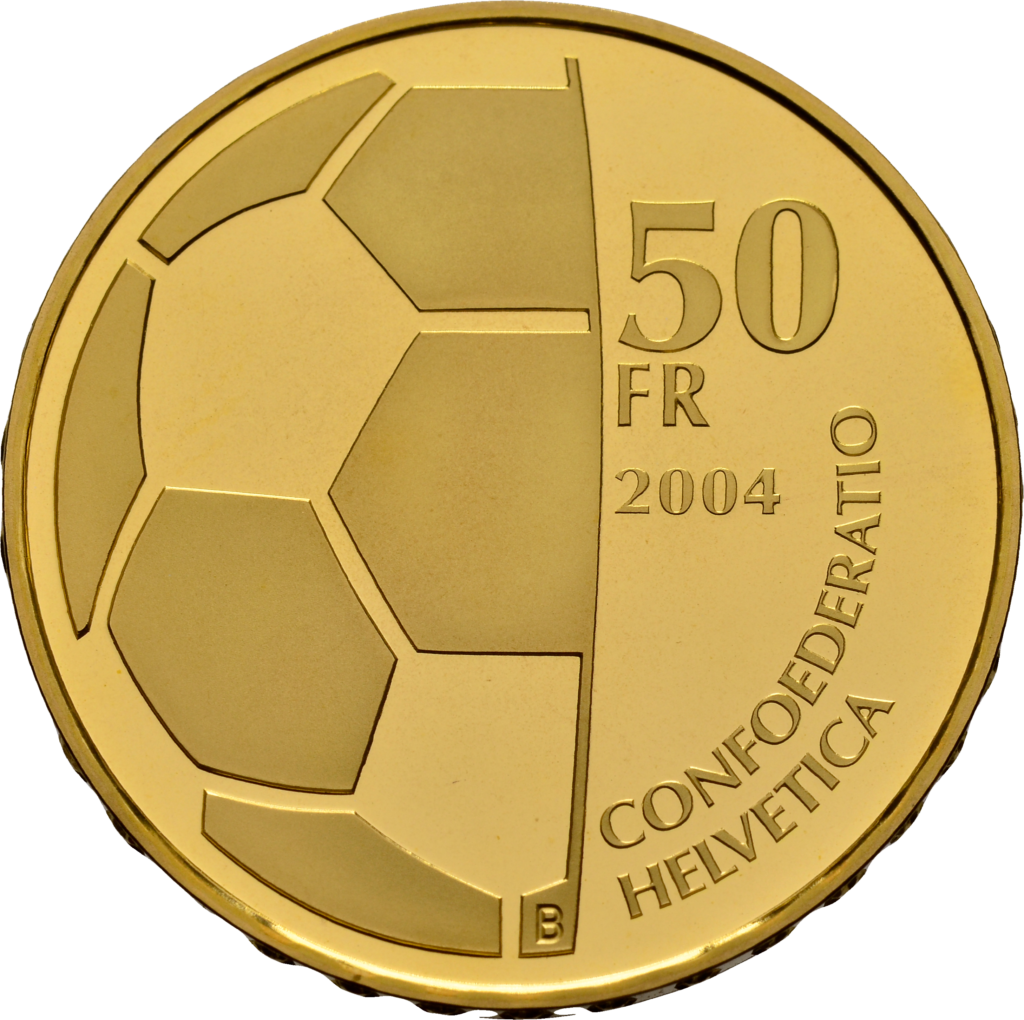 Shooting coins are minted by private mints on behalf of Swiss shooting associations or clubs. Nowadays, these coins are diverted from their issue to the numismatic market. 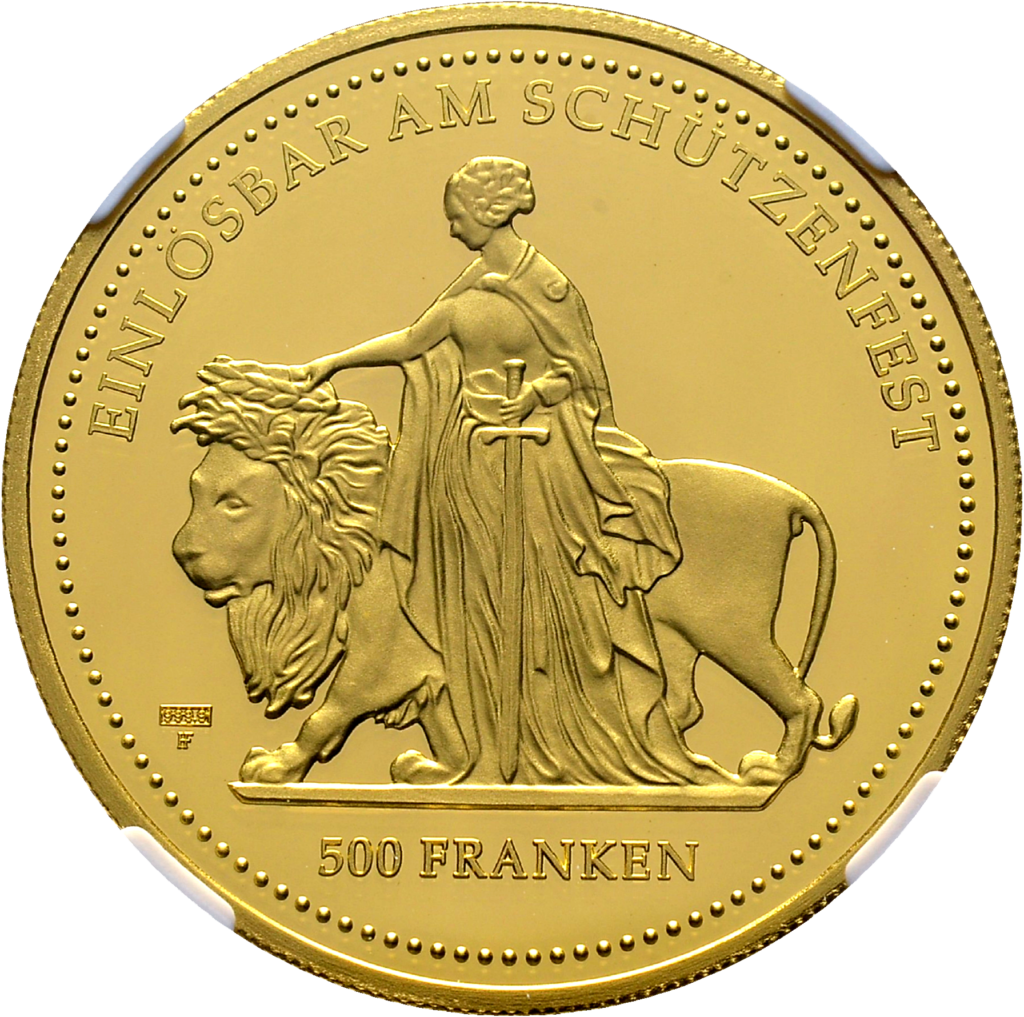 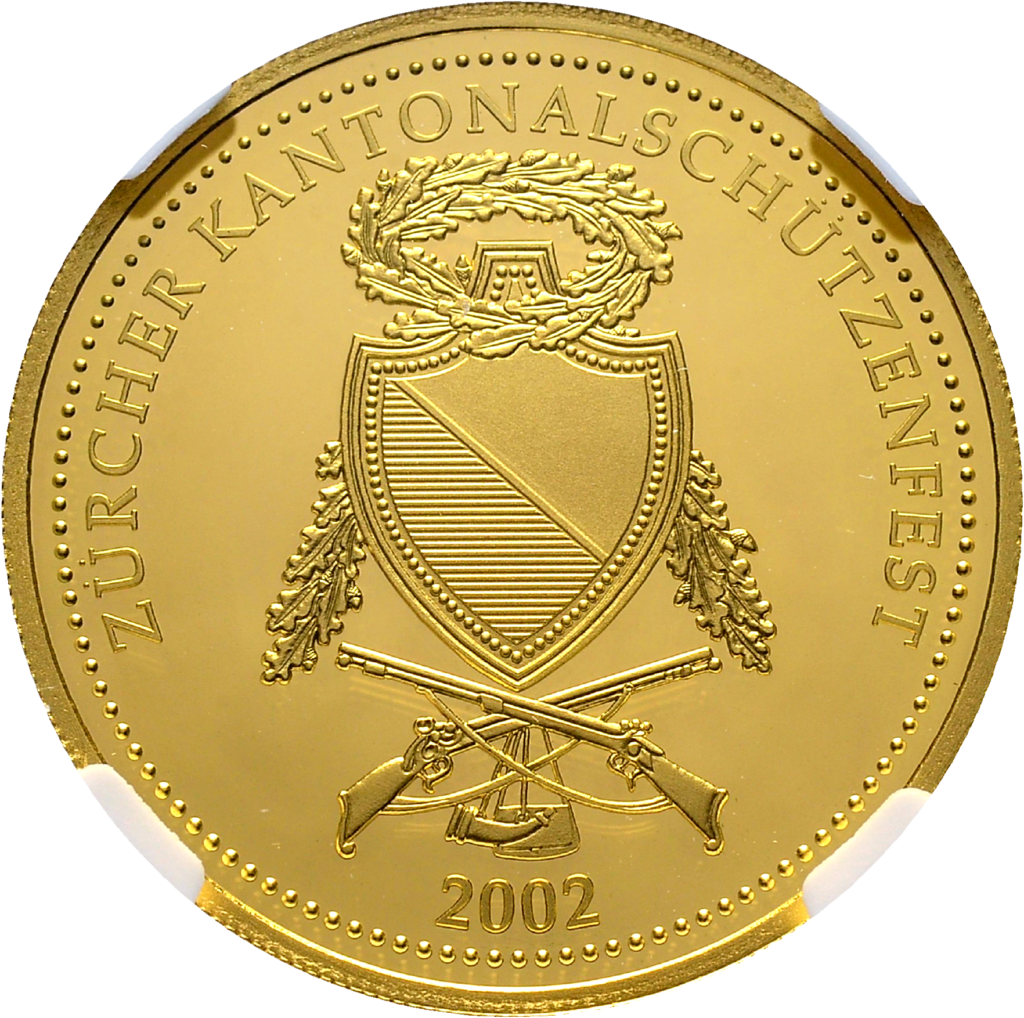 Obverse and reverse of the 2002 Shooting Coin – Canton Zurich

A chapter on the gold coins issued by the Principality of Liechtenstein completes the book. Liechtenstein coins are very much collected in Switzerland because this country is perceived as a part of Switzerland. It has adopted the Swiss franc as its currency since 1924. The administrative organization of the two countries are very intertwined.

This book gives a quotation for each “slabbed” coin of the period concerned. It corresponds to the quotation of a certified coin, whose authenticity and numismatic quality has been recognized by a third party. The two grading companies PCGS and NGS have been associated to the conception of this book. Indeed, in addition to the grade, the mint and the vintage, this catalog also provides the population of coins that have been graded jointly by PCGS and NGC. This gives the reader a photograph of the population of copies of a coin in number and quality. The population is indeed distributed for each quality grade in the SHELDON scale. A total of 17,000 slabbed specimens were used as the statistical basis for this catalog and its quotations.

This evolution should be adopted by other quotation catalogs. Indeed, the growing importance of “slabbed” coins on the international numismatic market is obvious. Olivier Chaponnière could see this again recently at the last numismatic exchange in Zurich in 2022.

Concerning this book, NUMISMAG agrees with the opinion given in the preface by Marius G. HALDIMANN, CEO of SWISSMINT. He declares “Monnaies d’or de la Suisse is a very successful book full of information”, “Olivier Chaponnière’s knowledge of the subject is to be underlined”, “its exhaustiveness gives everyone a good access to the information”. This book will be the reference on this subject for years to come and could be completed by an encyclopedic volume in a few years.

For the first time, NUMISMAG offers you a promotion code – GOLDCHF22 – when you buy this book from the Maison de Vente CHAPONNIERE ET FIRMENICH (valid until December 12, 2022). It will allow you to save 5 Swiss francs on the purchase of this book, proposed at the public price of 25 Swiss francs.

Technical specifications of the book

Language : the book has been published in French, English and German