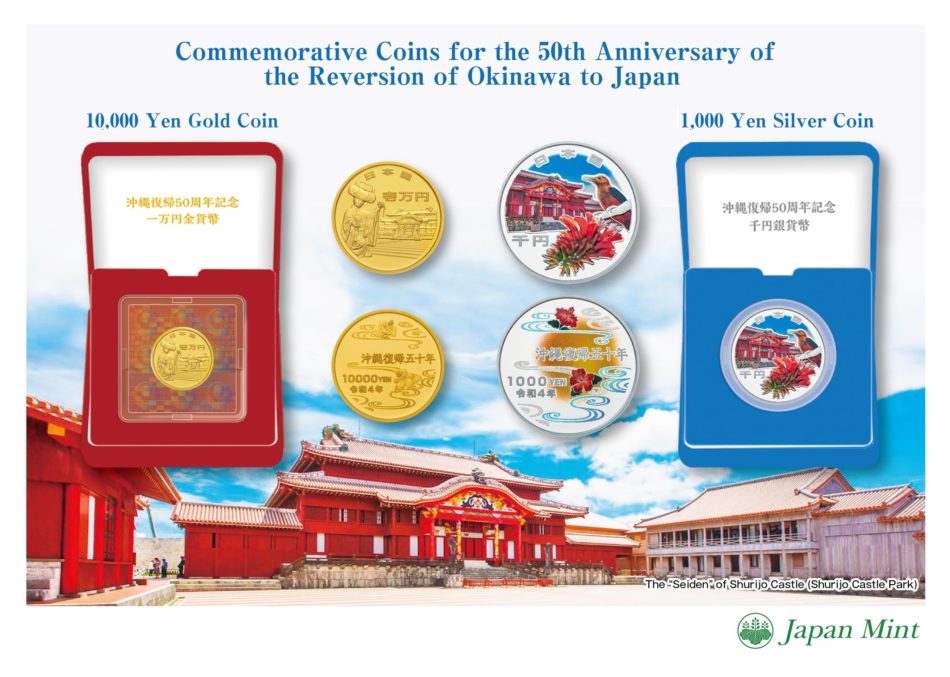 The Japan Mint announced the issuance of two commemorative coins to celebrate the return of the island of Okinawa to Japan by the United States.  The Americans landed on the large northern island of Okinawa in April 1944. The inhuman fighting that took place there would have convinced the American government to use atomic weapons, as the losses on both sides were considerable. Four months after the landing, two atomic bombs were dropped on Japan.  This led to the Japanese surrender which marked the end of the Second World War. For the next 25 years, the island of Okinawa was placed under the sovereignty of the United States, which installed one of its largest military bases in Asia on the island. It played a significant role in the American military operations in Korea and Vietnam. The direct administration of the island by the United States was translated in a very concrete way. Thus, the Yen was replaced by the US dollar as the currency of circulation. This situation lasted for 27 years, until the island was returned to Japan in 1972. 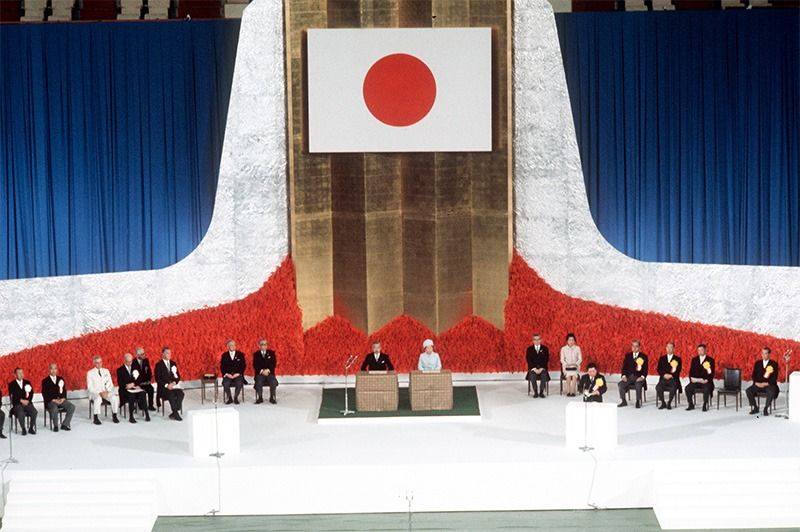 The 27 years of American occupation were punctuated by clashes and even revolts among the island’s population, which thus manifested a strong national feeling. Repeated cases of rape of Japanese women by American soldiers stationed on the island, the crash of a military plane on a kindergarten killing 17 schoolchildren and several tragic car accidents with American military vehicles were among the reasons for these clashes. In 1972, the United States re-established Japan’s full sovereignty over the island of Okinawa. The yen is again the official currency of this new Japanese prefecture.

To commemorate the 50th anniversary of the island’s return to Japan, the Japan Mint is issuing two commemorative coins of 1,000 yen in silver and 10,000 yen in gold.

The obverse design of the gold coin shows the Seiden (Main Hall) of Shurijo Castle and a Ryukyuan “Yuchidaki” dance performance.

The obverse design of the silver coin shows the Seiden (Main Hall) of Shurijo Castle with the Okinawa Woodpecker (prefectural bird) and the “Deigo” (emblematic flower of Okinawa prefecture).

The two reverse sides of the coins are illustrated with a traditional handicraft technique, the “Bingata” (Japanese ancestral dyeing technique).

The Japan Mint also issued a medal to commemorate this event last September. 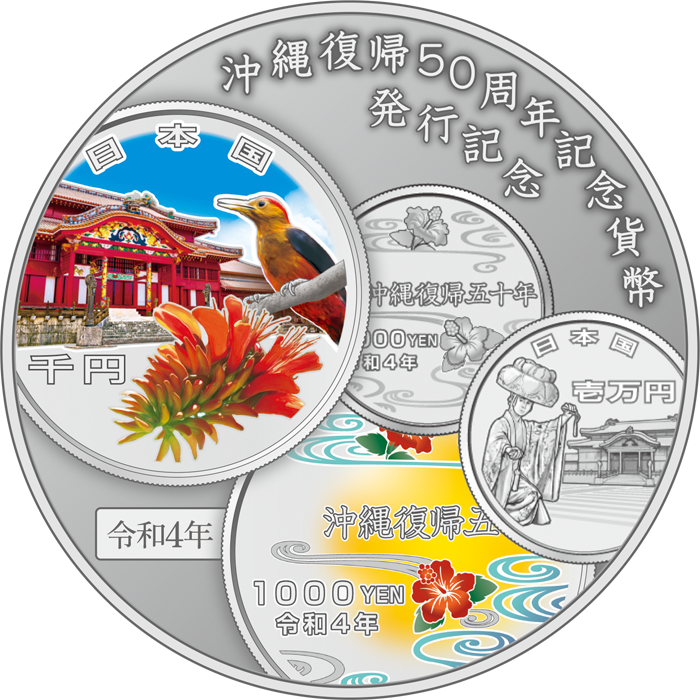 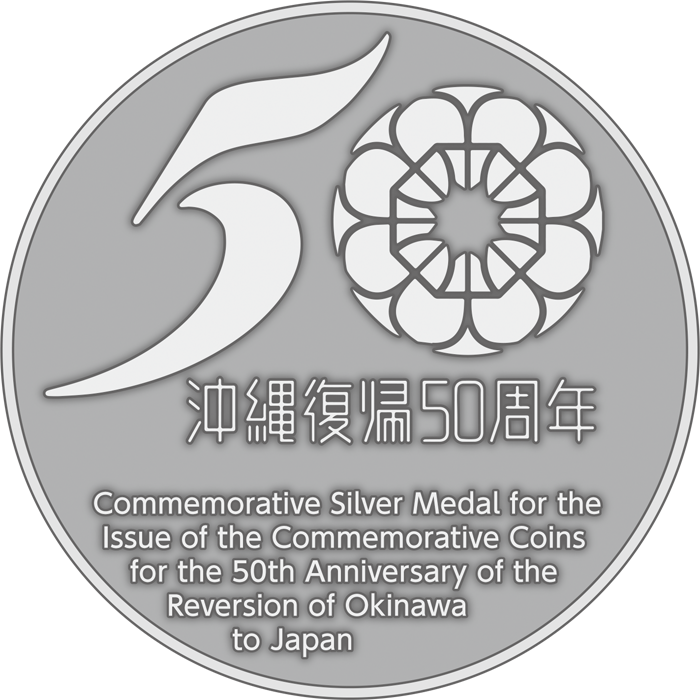 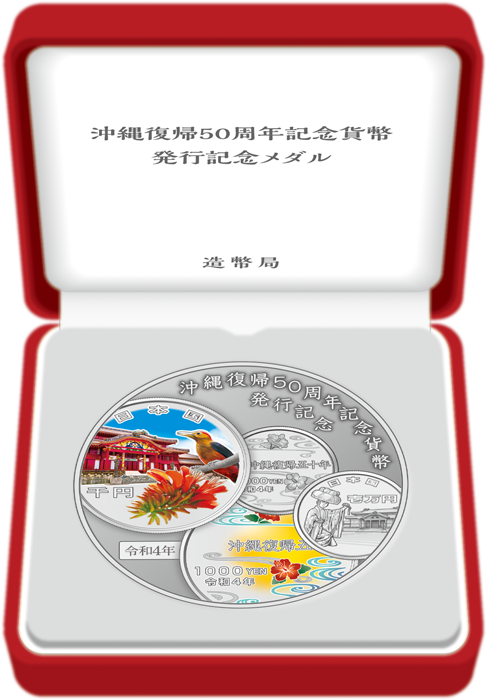