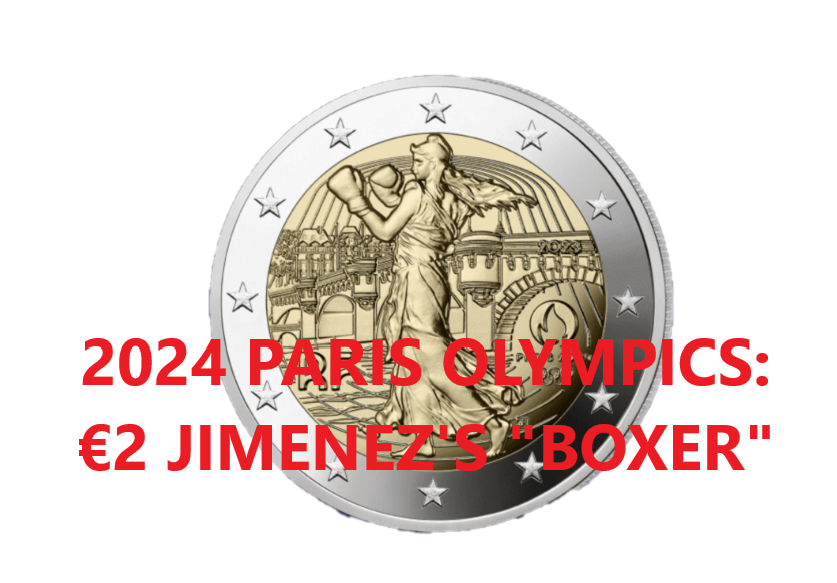 On the occasion of the Paris 2024 Summer Games, Monnaie de Paris pays tribute to this renowned international competition through a collection that honors sport, its values, the athletes and the heritage of the host country. Olympism and Paralympism are celebrated on these products, minted in France in the Monnaie de Paris’ art workshops.
2023 is the third year of a quadrilogy in which sport and its values will be presented through the Monnaie de Paris’ collections of coins and medallions.

After Marianne (2021) and the Genie (2022), the face of these coins presents the Sower practicing pugilism. In the background is a view of the Pont Neuf, considered the oldest stone bridge in Paris. It is located a few meters from the Monnaie de Paris. This design is also available on the 2€ commemorative coins, available only in proof  and Brillant Universel (BU) conditions.

To mark the countdown to the launch of the Games, the Monnaie de Paris will strike from 2021 and for 4 years a €2 commemorative coin highlighting the Olympic Games through French numismatic figures. After Marianne (2021) and the Genie (2022), this coin presents the Sower practicing pugilism. 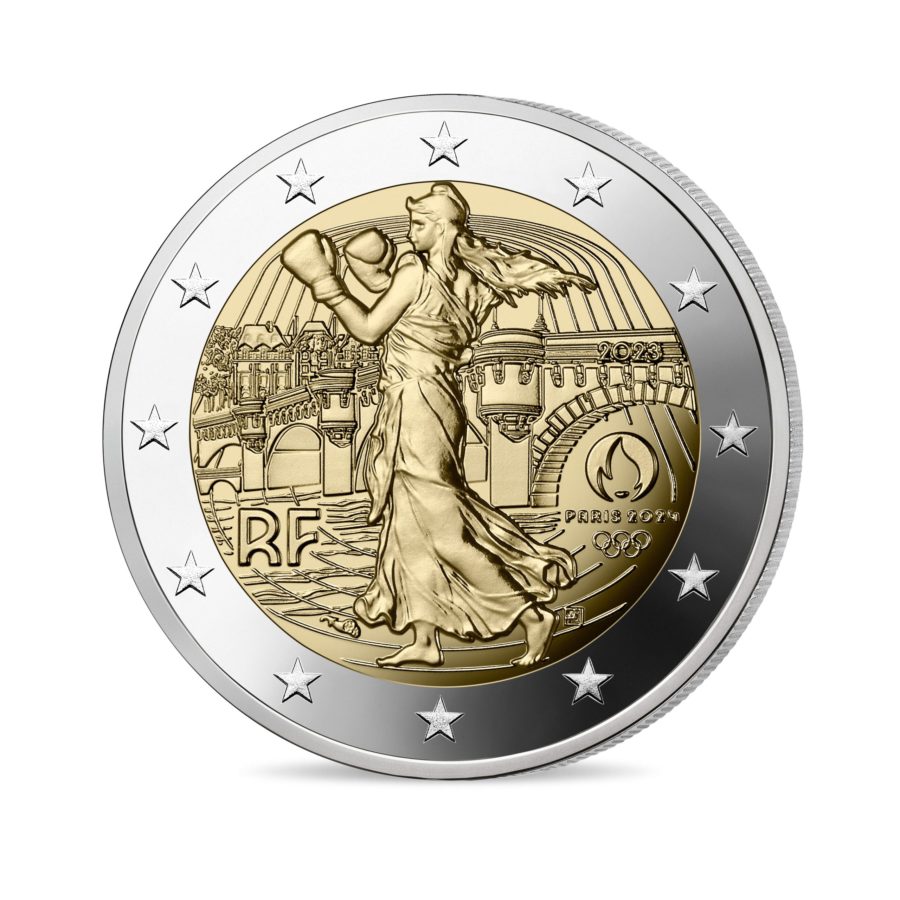 The BU version will be marketed in five different colored coincards, each one issued in 50,000 units. 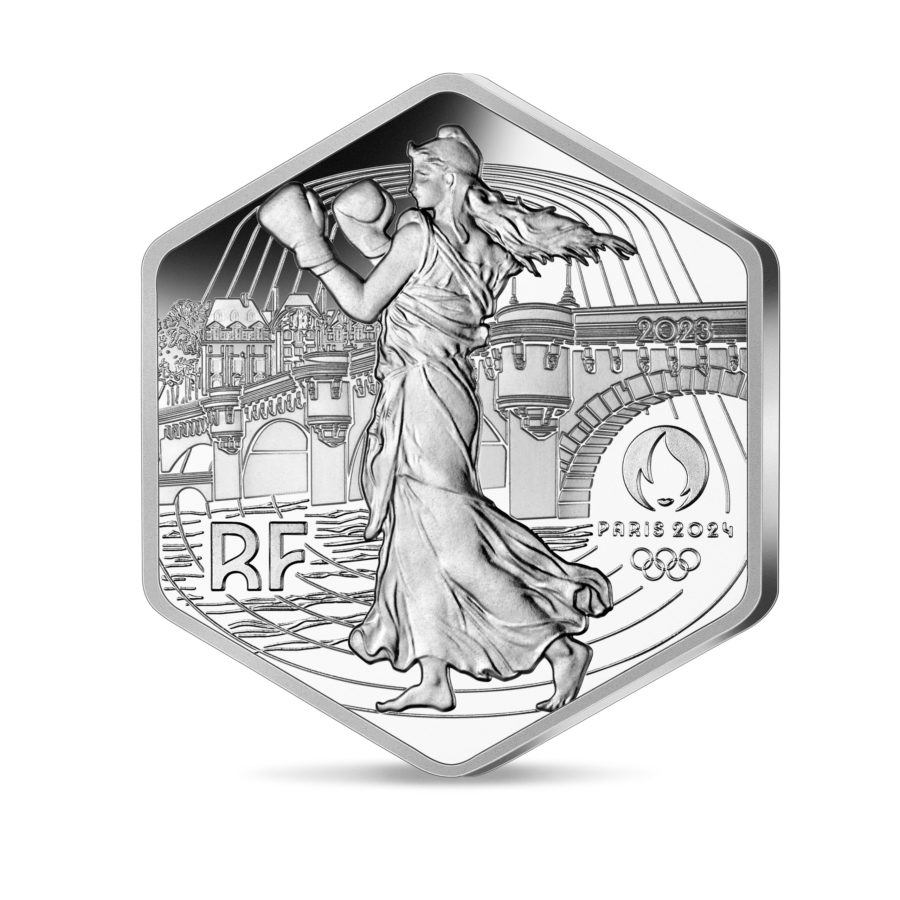 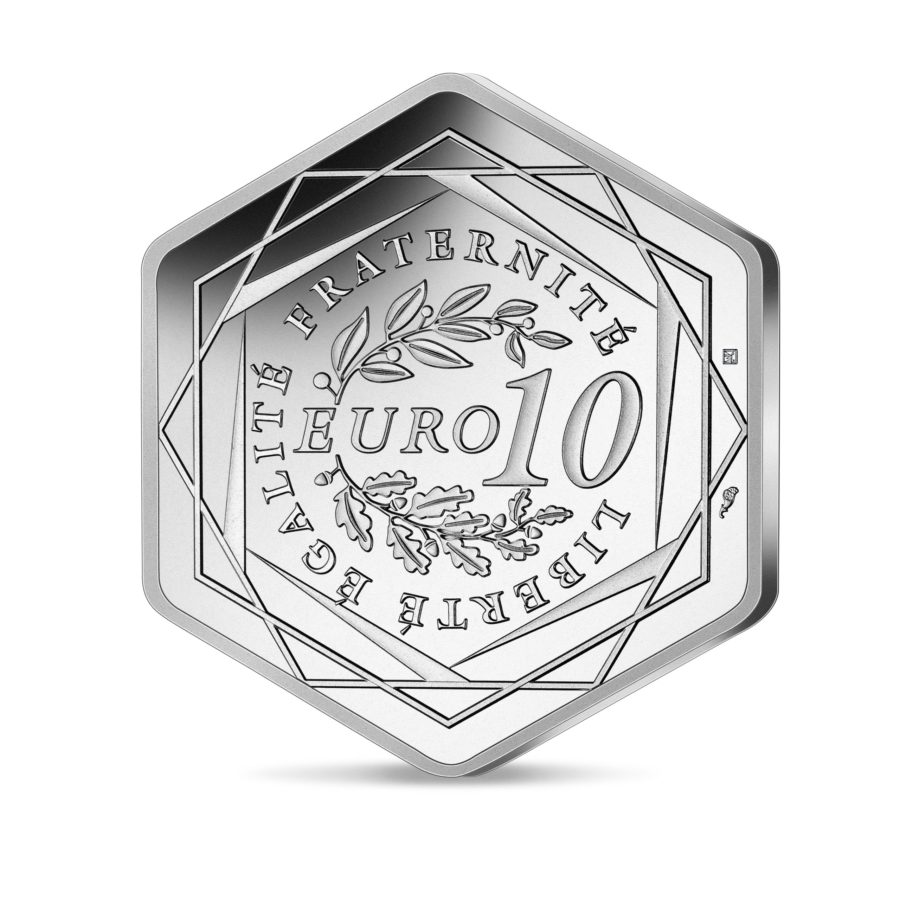 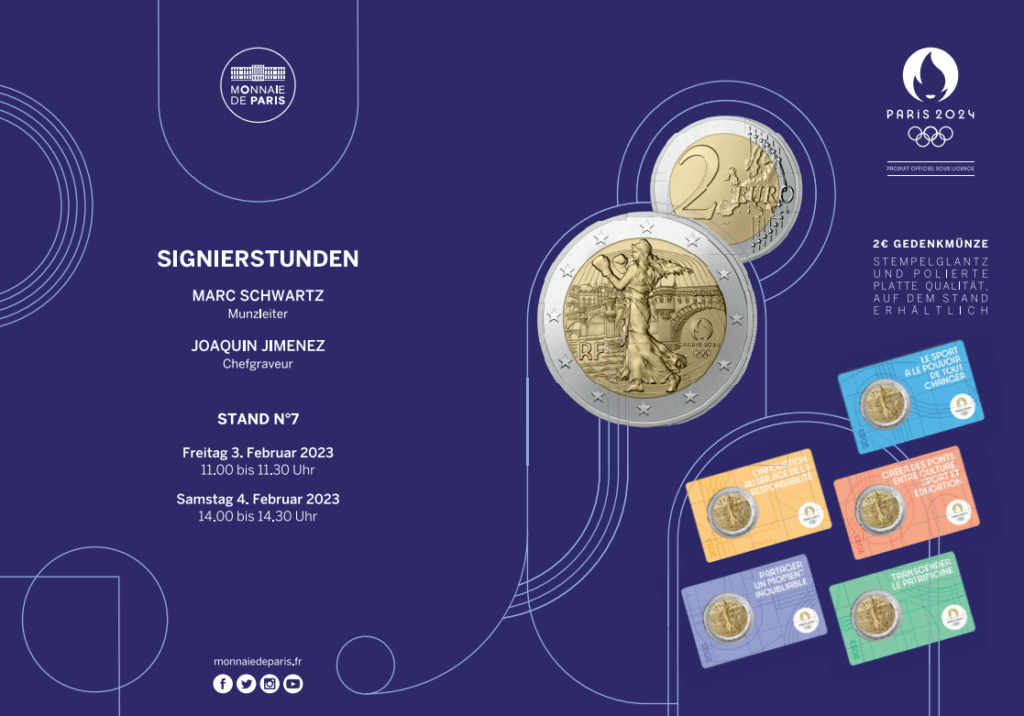