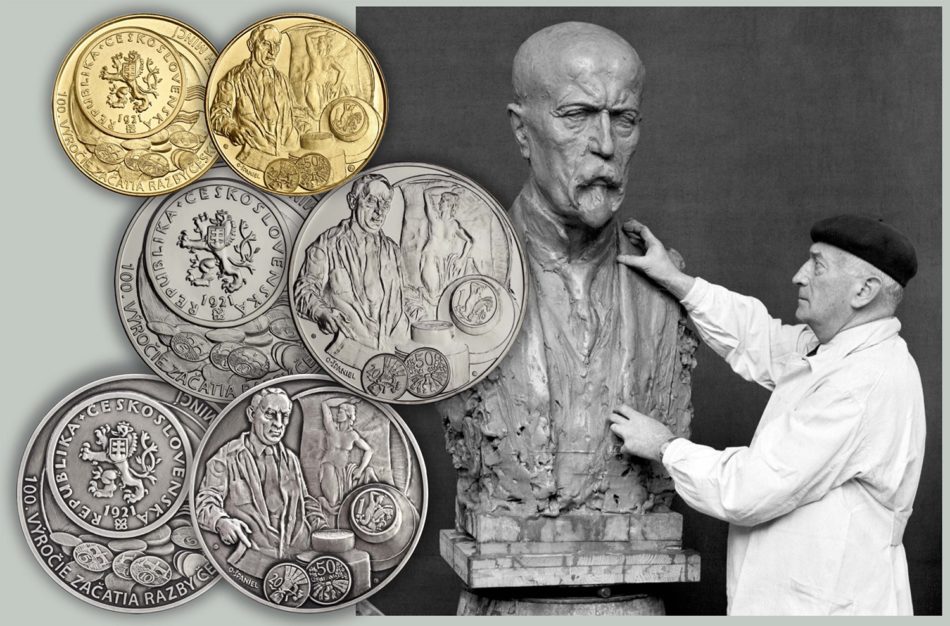 The Mincovna Kremnica (slovak Mint) has announced in the last few days the issuance of several collectors’ items to complete the program already issued for the year 2021. As announced, a box set and a medal will be issued to commemorate the 100th anniversary of the first coinage of Czechoslovakia in 1921, shortly after its independence. Slovakia was part of the latter country from 1918 to 1938, when the latter was partitioned and the Sudetenland area, populated by 3 million ethnic Germans, was annexed by Germany.

The BU 2021 set is dedicated to the 100th anniversary of the birth of Stefan Boleslav Roman, a great entrepreneur, industrialist and economist, who was the founder and first president of the Slovak World Congress. 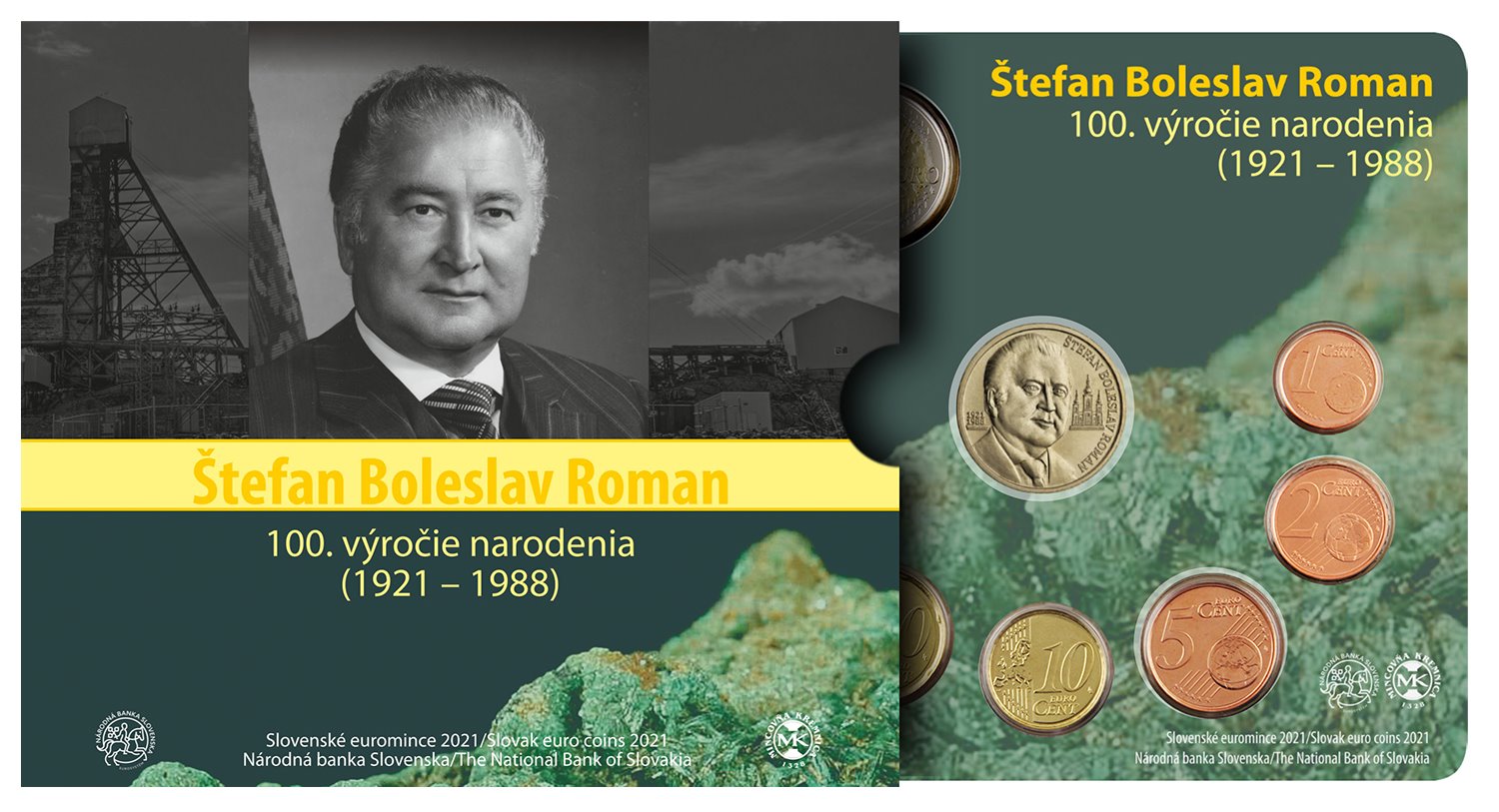 The box contains a set of euro coins (1 cent to 2€) and a brass medal dedicated to Stefan Boleslav Roman.
Mintage: 2,500 sets, including 1,500 sets for the needs of the slovak Central Bank

100 years of the first coinage

The 2021 proof set is dedicated to the 100th anniversary of the minting of the first Czechoslovakian coins. 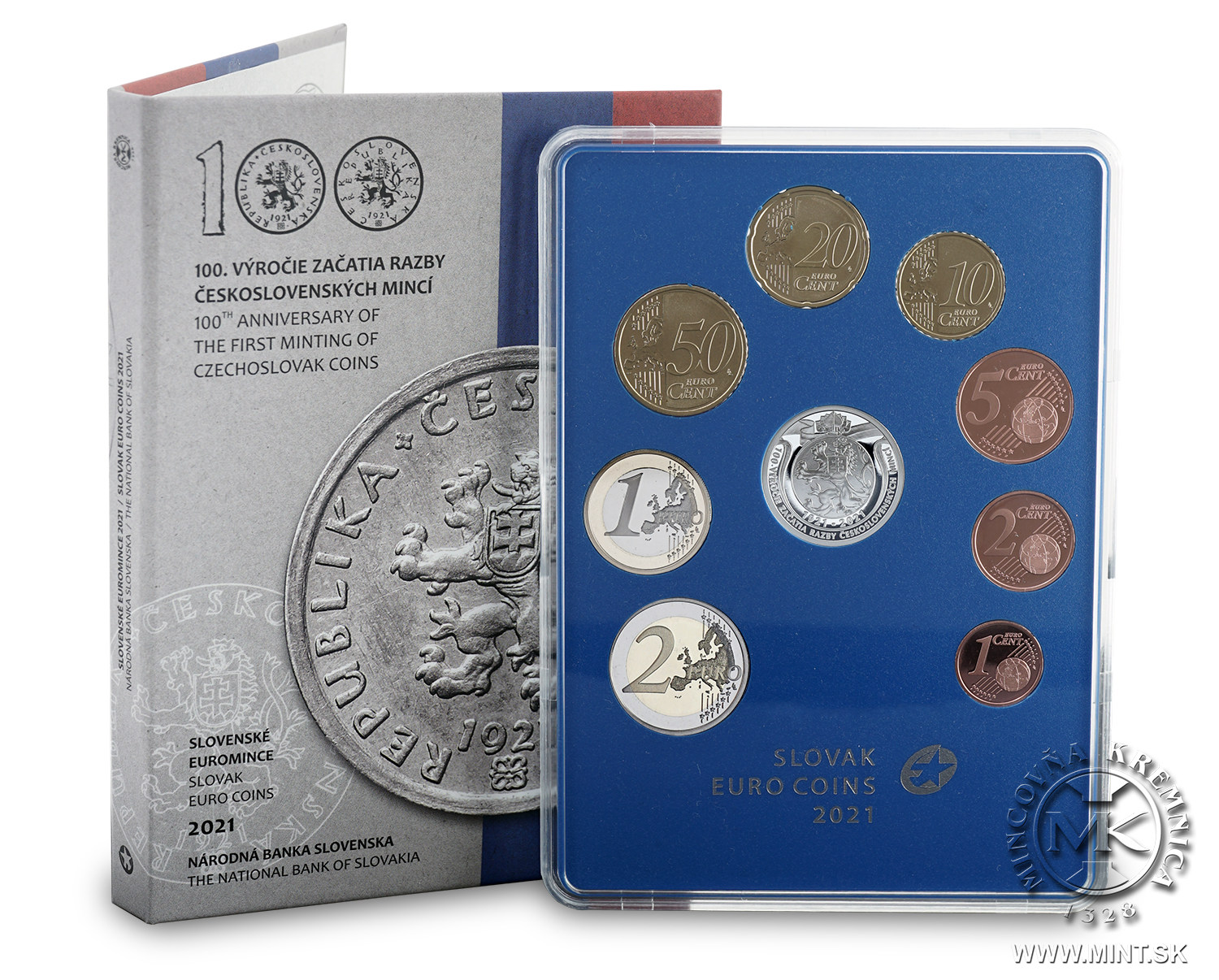 100 years of the first coinage Medal

In 2021, we commemorate the 100th anniversary of the first Czechoslovakian coins of the Kremnica Mint. The first 20 and 50 heller coins were minted on “Volcano” type machines. 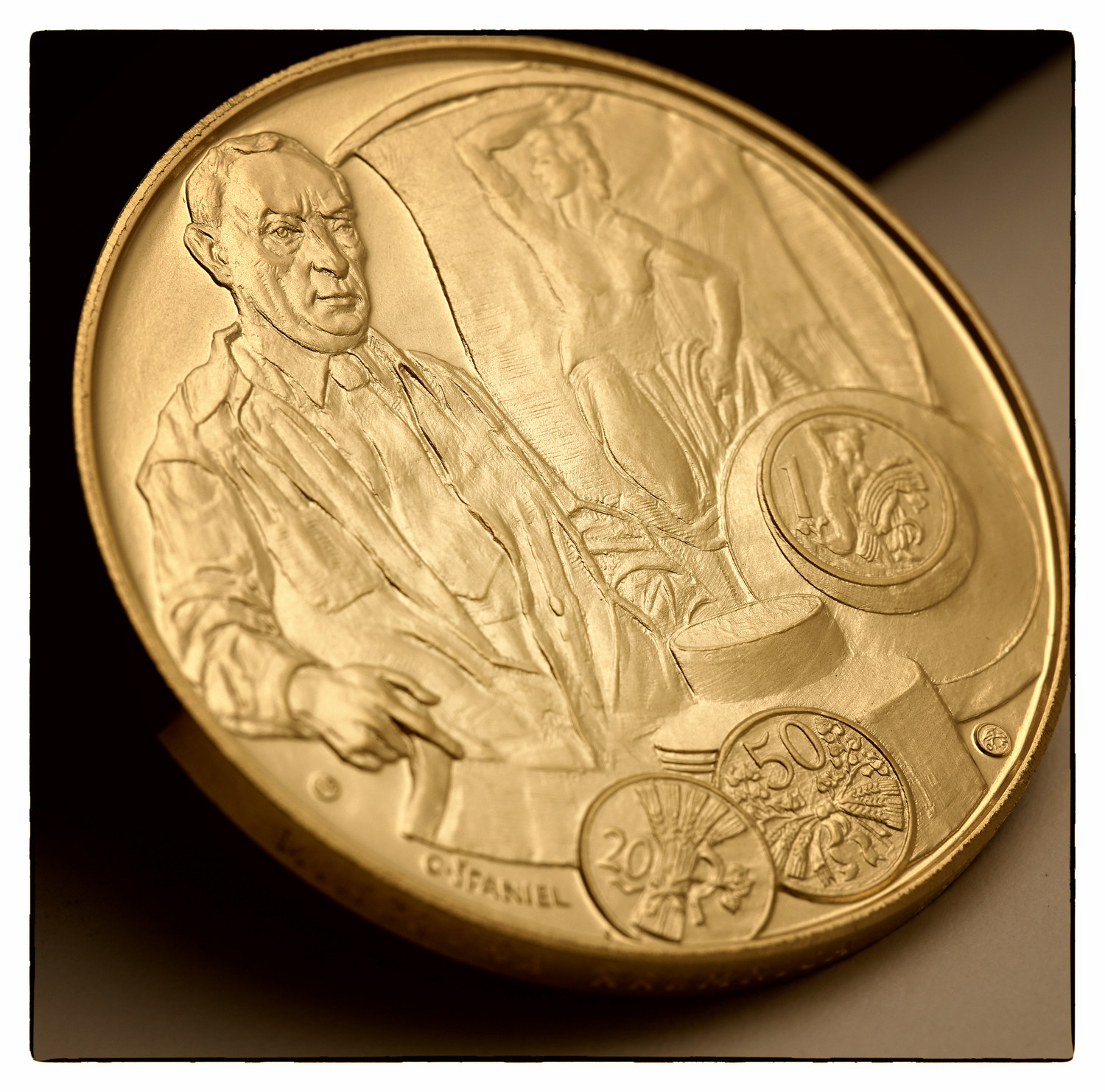 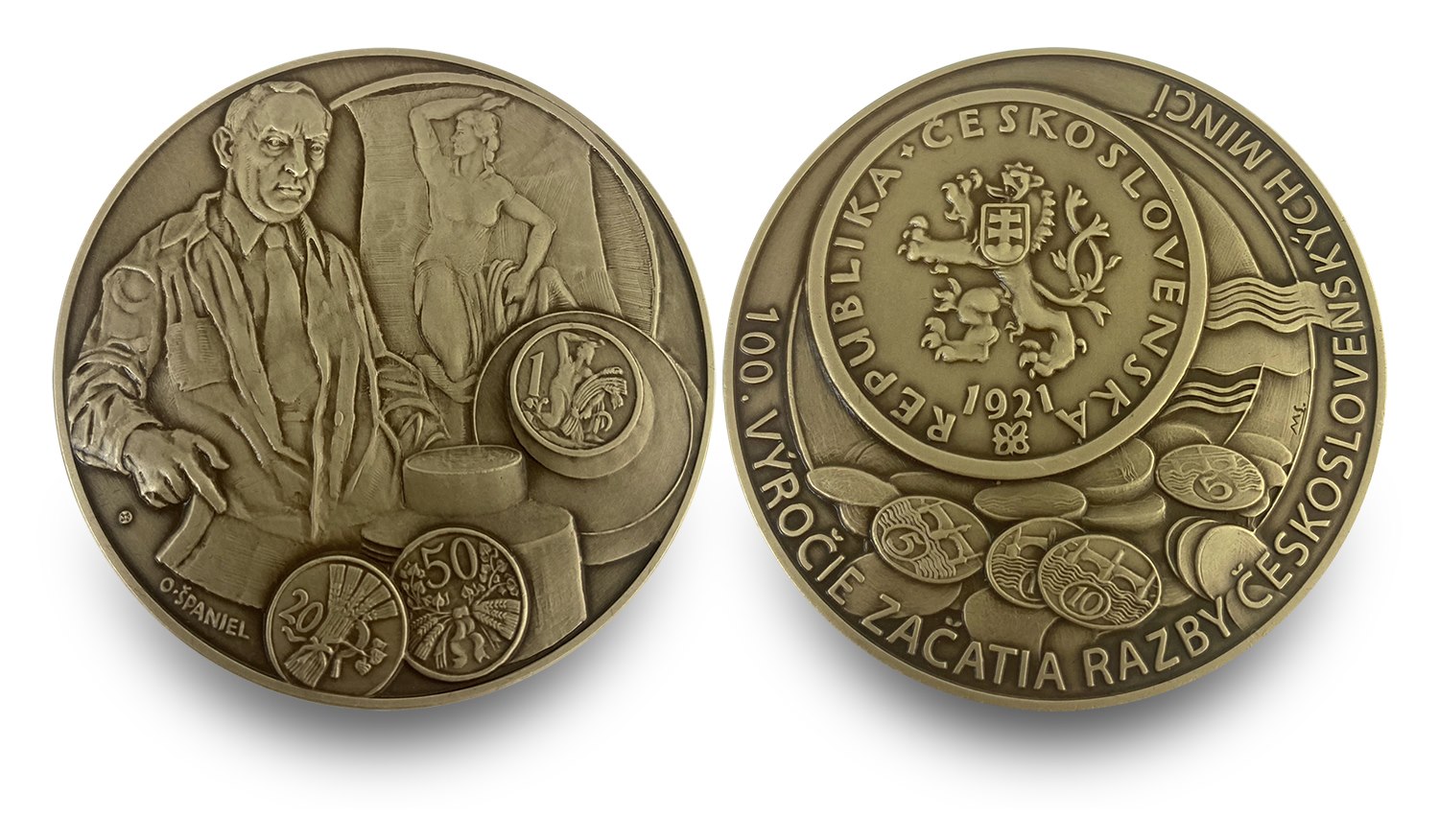 The National Bank of Slovakia launched a public and anonymous monetary competition for the artistic design of the 20 euro coin dedicated to the 100th anniversary of the discovery of the Freedom Cave in Demanovska. 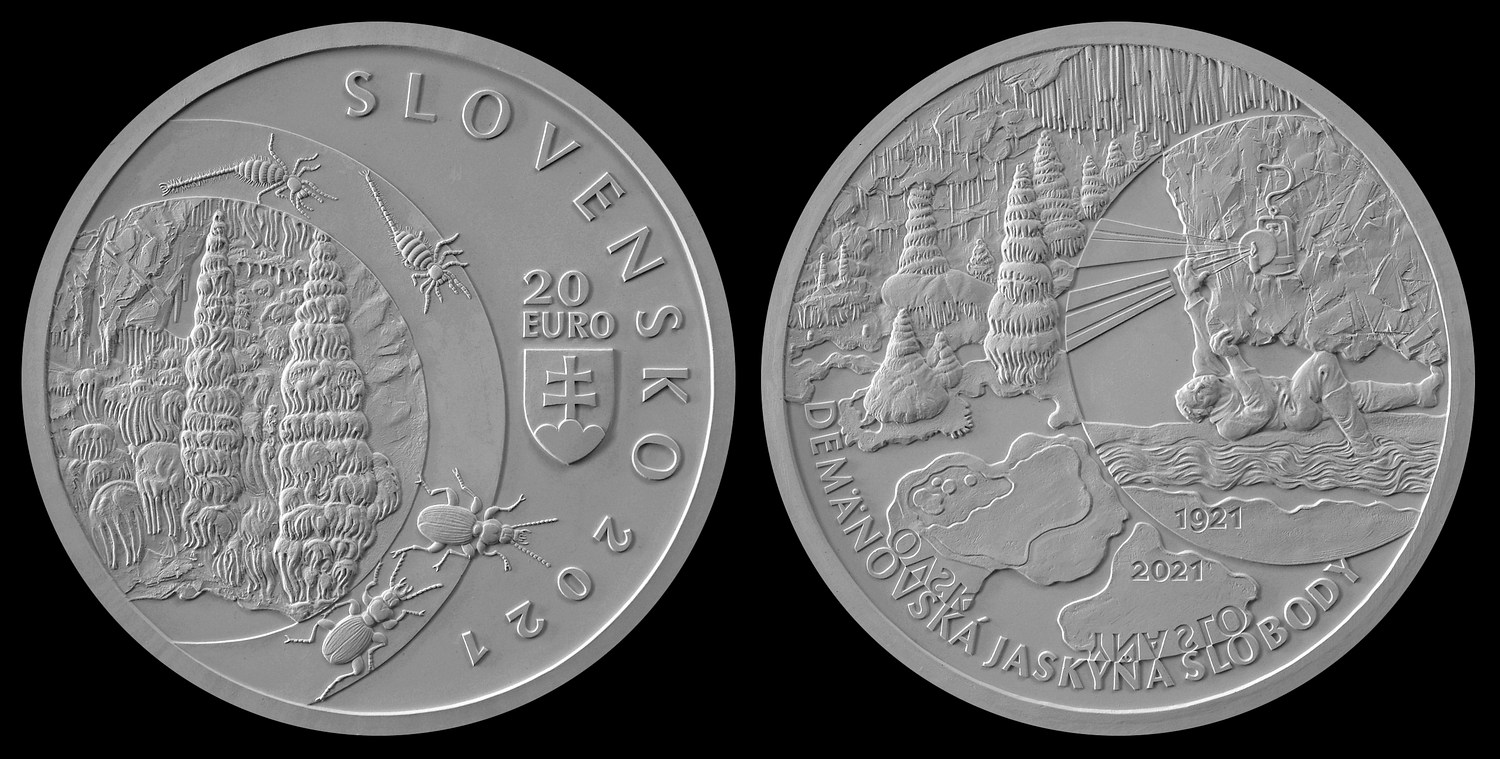 €10 silver coin – Hydroelectric power station
of KREMNICA
On April 21, 2021, a silver coin of 10 € will be issued. It commemorates the 100th anniversary of the commissioning of the underground hydroelectric power plant in Kremnica.
Announced mintage: BU – 2.600 coins, Proof – 6.200 coins
Designer: Štefan Novotný 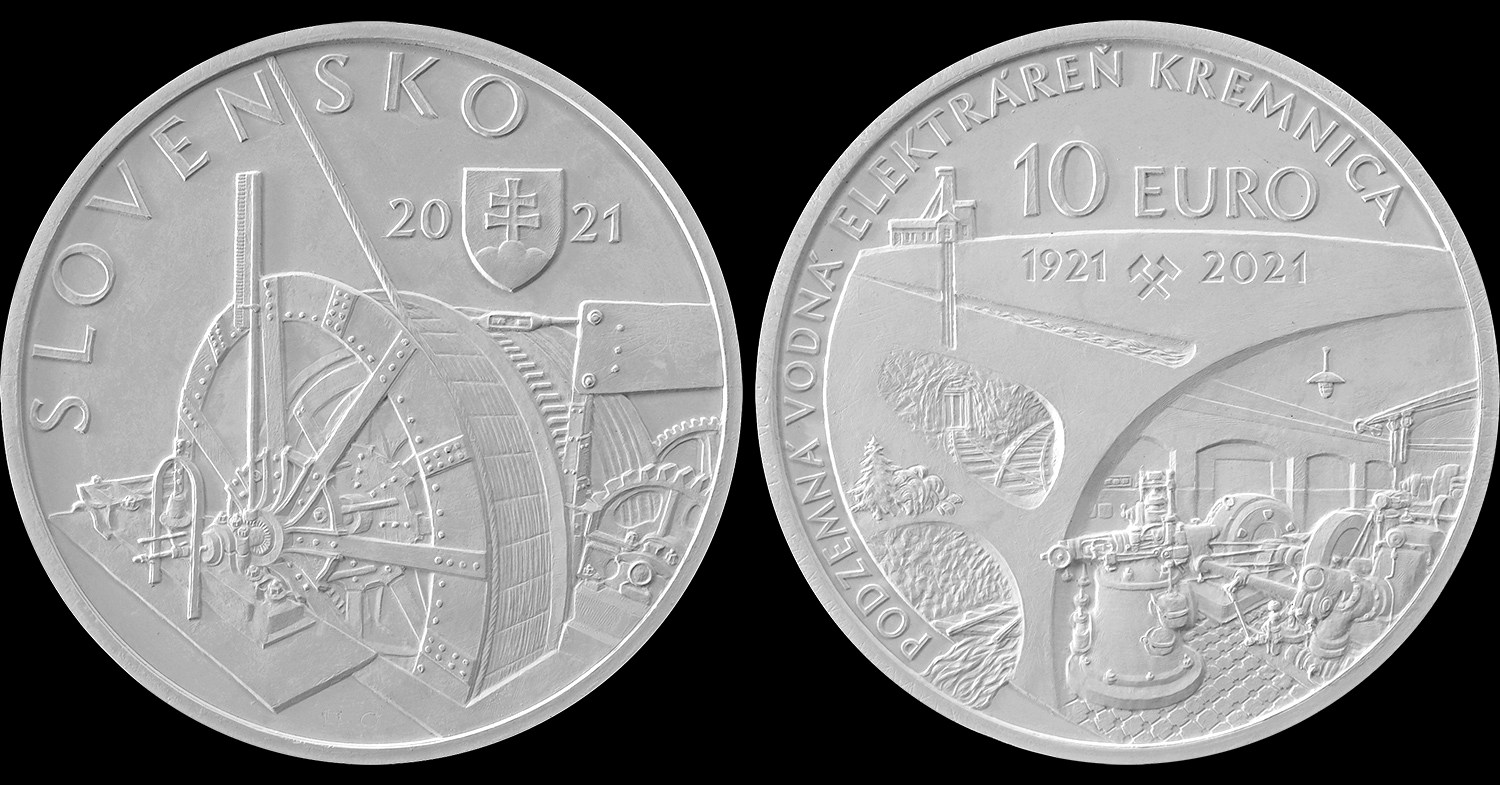 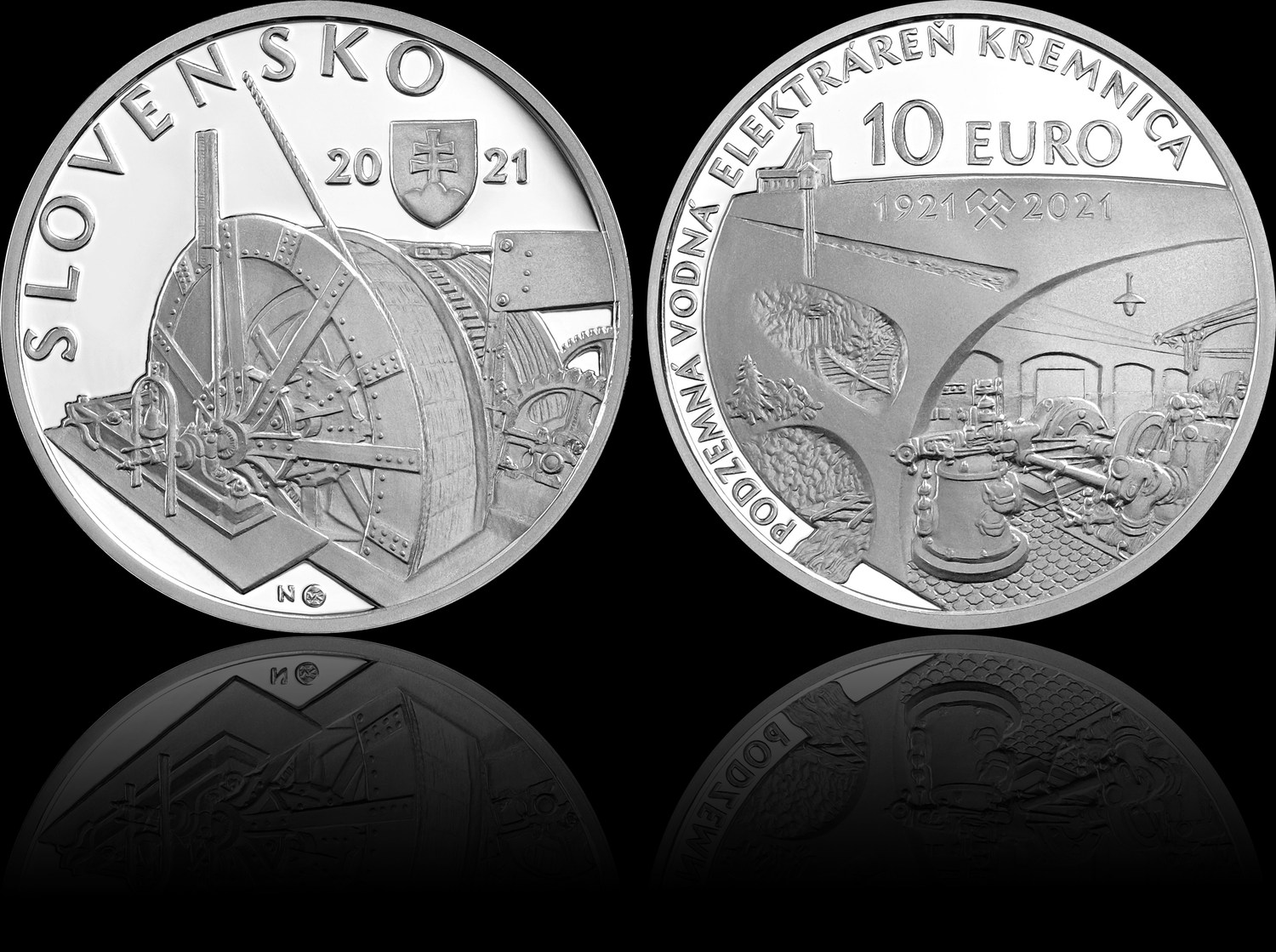 The Central Bank of Slovakia has announced the issuance of a €10 coin dedicated to Alexander Dubček to celebrate the 100th anniversary of his birth. 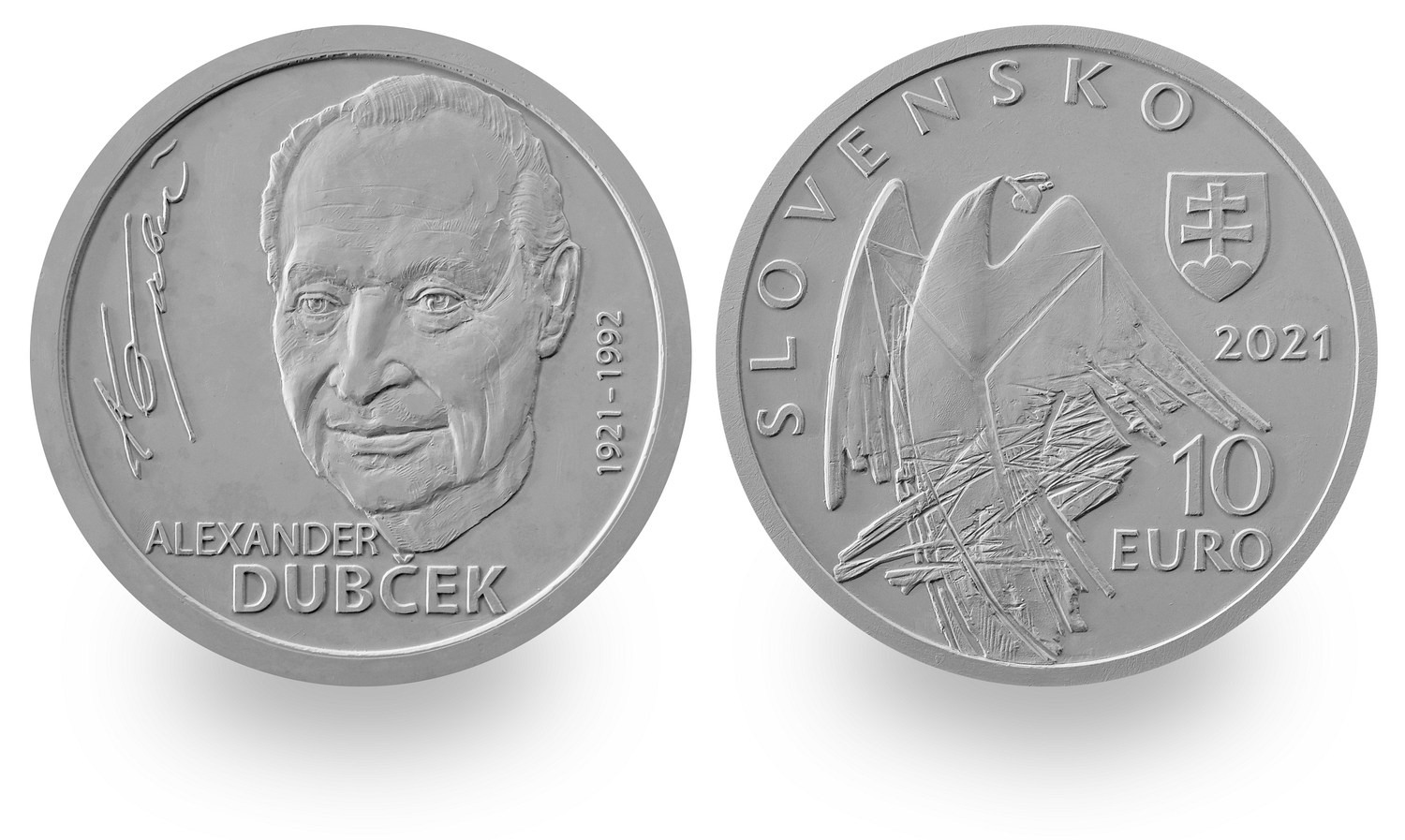 In June 2020, the National Bank of Slovakia announced an anonymous and public competition to design a silver collector coin with a face value of 10 euros to commemorate the 50th anniversary of the first eight-thousand-foot mountain, Nanga Parbat, climbed by Slovak mountaineers.

Eight works of art by seven authors were submitted to the competition. The first prize was awarded to the author Mária Poldaufová.

The expert advisor of the commission in the evaluation process was the former president of the mountaineering association, James Marián Šajnoha. 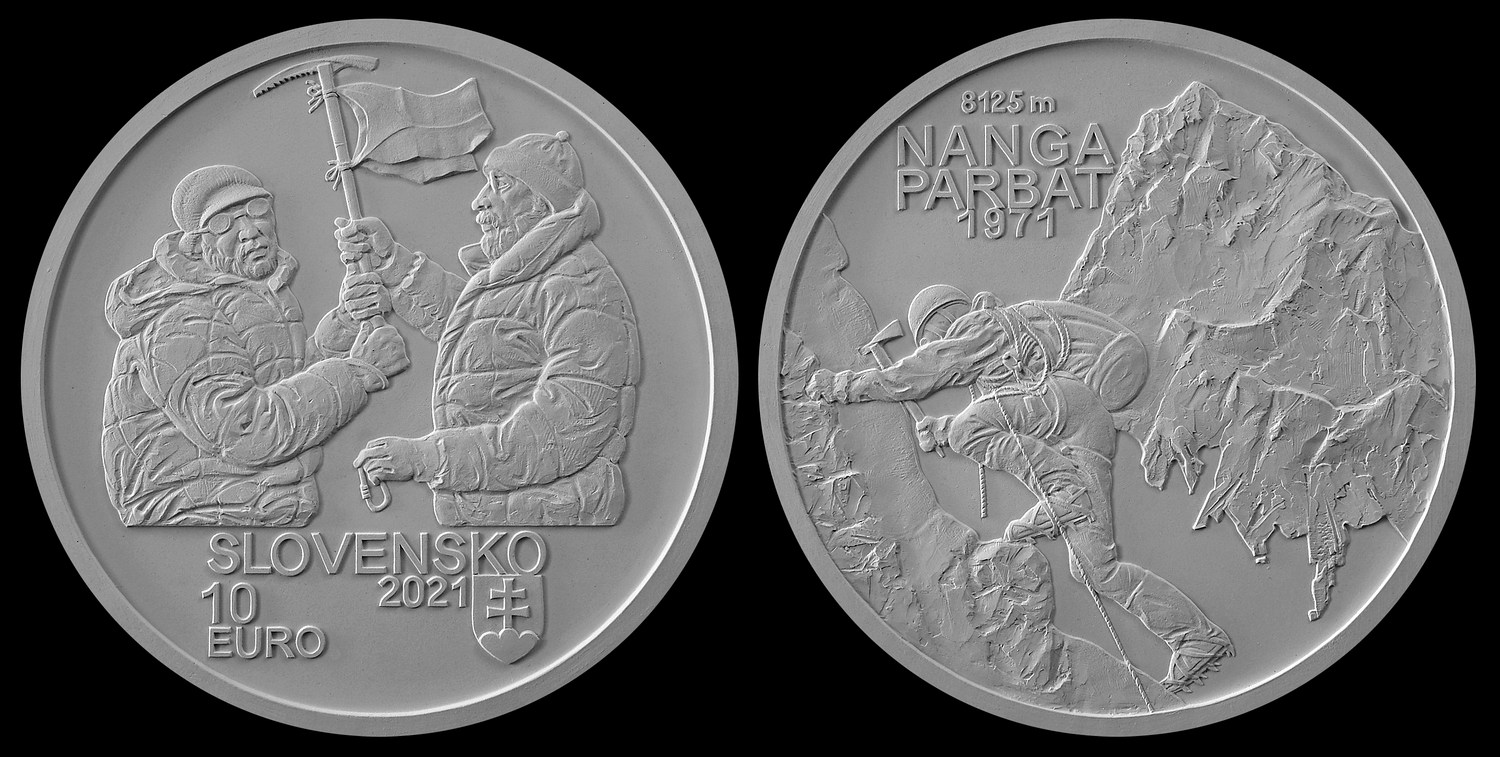 The expected issue date is July 2021.

€5 coins 2021 – Fauna and Flora
This year, the NBS (Central Bank of Slovakia) has planned to issue two collector euro coins with a face value of €5 and thus creates a new multi-year series of coins.
The main theme will be ′′ Fauna and Flora in Slovakia ′′ and the secondary themes will be the bee and the wolf.
No picture available
Metal: brass
Quality: UNC
Diameter: 34 mm
Weight: 18 g
Edge: ribbed

In July 2020, the National Bank of Slovakia announced an anonymous public competition for the artistic design of a gold collector coin. The coin has a face value of €100 with a themed intangible cultural heritage of the Slovak Republic, the FUJARA, a traditional Slovak three-hole flute.

Three artworks from three different designers were submitted for the competition.

The deadline for the planned issue is set for October 2021. 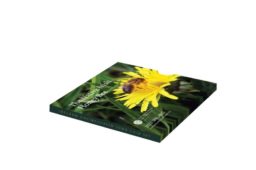 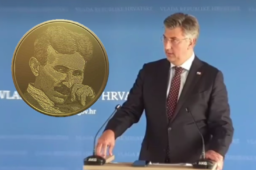