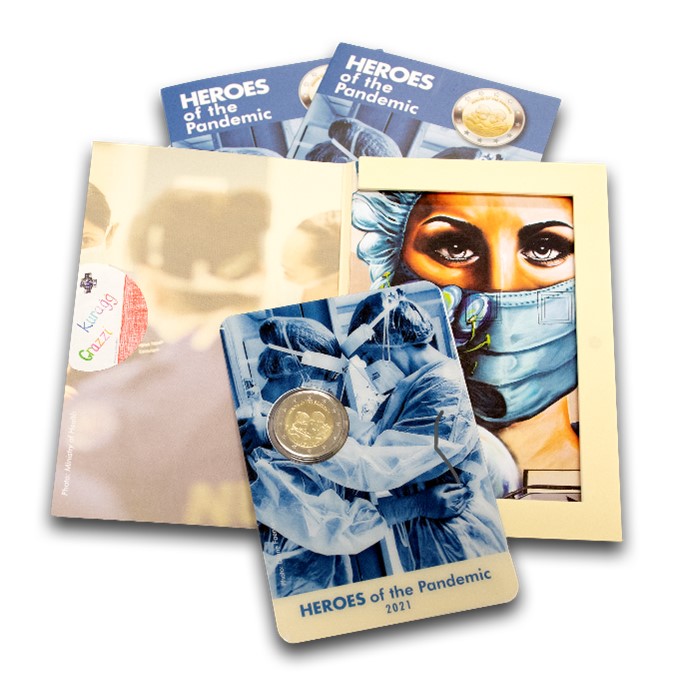 Last update 08/13/2021 – The Central Bank of Malta is issuing in August, a €2 commemorative coin with the theme ‘Heroes of the Pandemic’. The coin depicts the iconic photograph of two Maltese nurses – Doreen Zammit and Charmaine Cauchi – taken by Diane Faenza, herself a nurse at Mater Dei Hospital. The coin is an initiative undertaken by the Central Bank of Malta in collaboration with the Office of the Deputy Prime Minister and Ministry for Health.

The coin is a tribute to Malta’s health sector during the COVID-19 pandemic, especially to the front-line medical professionals. It is a token of national appreciation of the selfless effort and dedication of the many individuals who have been at the fore, risking their own health during such global difficult times.

The Bank held a ceremony today, Thursday 29th July, wherein the Governor of the Central Bank, Professor Edward Scicluna, presented the coin card to the Deputy Prime Minister and Health Minister, Hon. Chris Fearne, on behalf of the frontline medical professionals. Coin cards were also presented to the three nurses.

Governor Edward Scicluna said: “It is a small but significant national tribute to mark the selfless efforts of the many nameless individuals who have been at the fore during these troubled times, not only for the present but also for posterity”.

The Deputy Prime Minister and Minister for Health Chris Fearne, expressed his appreciation to the Governor and the Central Bank of Malta for commemorating the hard work of all those who contributed to Malta’s health sector during this pandemic. 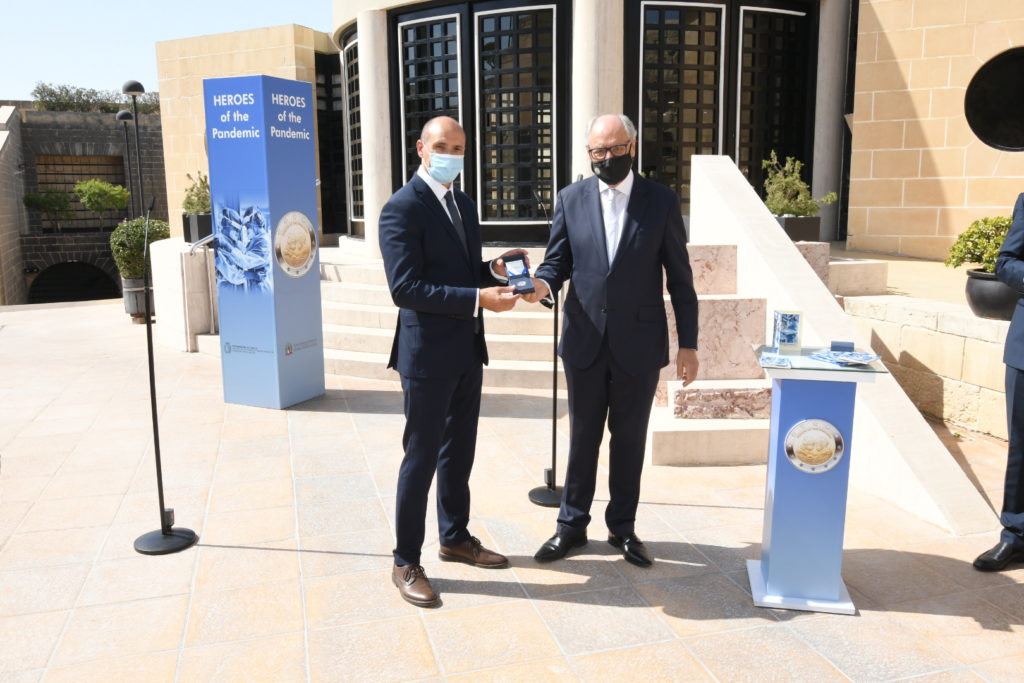 “Compared with other countries Malta came out at the top of the class. This success was possible thanks to our frontliners, who did not fear away or seek to hide, but showed grit, courage and determination to fight the virus and help us regain our livelihood.”

The coins were minted at the Monnaie de Paris in France and bear its mint-mark. The national side of the coin was designed and engraved by Maria Anna Frisone, and depicts the two medical professionals bracing themselves to face the unknown.

The issue includes 60,000 coins in BU condition, which will only be available in blister packs. They will be sold at a price of 15 euros each

Sales will start on Monday, August the 2nd for €2 BU coin version.

The issue also includes 12,500 coins in UNC condition. 2 250 UNC coins will be sold at €10 each, in an individual  box. But these UNC coins are reserved in priority for the local numismatic market and will be available on August 2nd 2021, official issuing day of the coin. Some of these 2,250 coins will be sold on the Central Bank of Malta’s online store from august the 6th 2021. This also means that 10,250 coins should be put into circulation in Malta. Notice to Maltese collectors and tourists visiting the island in the next weeks… 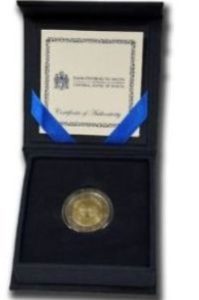 With this issue, the Bank will be introducing a new style of coincard which will be presented in an attractive wallet. The cards and the wallet were designed by staff member Melvin Bugeja and incorporate a representation of the mural on the theme created by artist Justin Bonnici, and the photograph of the nurses.