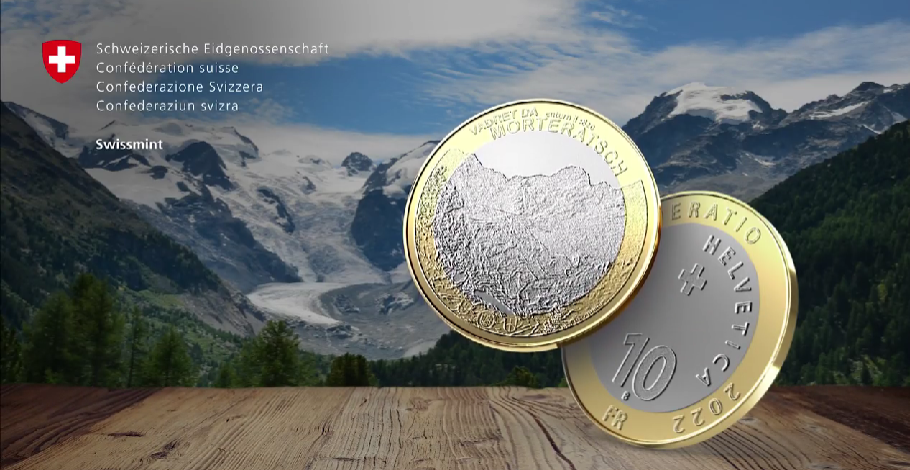 The year 2022 is marked by the issuance of two numismatic novelties by the Swiss Federal Mint, Swissmint. In 2022, the Swissmint will issue its first platinum coin and the first coin in a new bimetallic coin series. The first coin in this series is dedicated to the Morteratsch glacier. The series will include three coins dedicated to Swiss glaciers.

Platinum is a chemical element. It has a high density and is significantly harder than gold. The precious metal is very resistant to corrosion and has a melting point of approximately 1,800° C. Platinum was probably first used in Ancient Egypt in around 3000 BC. Today, platinum is used in a variety of areas, including automotive catalytic converters, jewellery, coins, laboratory and analytical equipment, medical implants, pacemakers and cancer therapy. The main sources of raw materials are South Africa, Russia, Canada and the US. 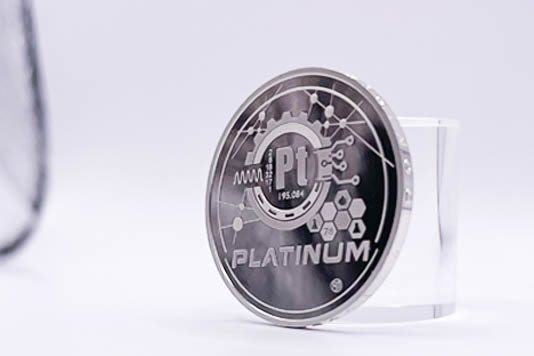 The platinum coin with a nominal value of CHF 25 is Swissmint’s first commemorative coin to be issued in platinum. This coin will be available for sale only in proof quality in a presentation case with a numbered certificate of authenticity, and can only be purchased from our internet shop at www.swissmintshop.ch. The obverse features a modern illustration of platinum as a raw material. It depicts the element symbol Pt for platinum in the middle of a cogwheel, among other things. To the left of it is a column of atomic numbers from the periodic table, which add up to 78. The number 195.084 below the symbolic element Pt corresponds to the atomic mass. In the lower third of the obverse, the word PLATINUM is featured in capital letters and in italics. The coin was designed by Swissmint engraver, Remo Mascherini. 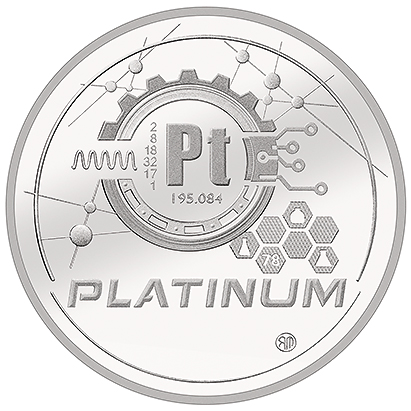 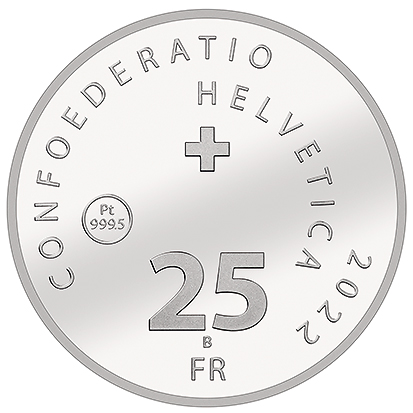 from the Swiss glaciers series

The Morteratsch glacier is one of the larger glaciers in the Alps and the largest in the Bernina region in the canton of Graubünden. It reached its peak extension during the Little Ice Age of the mid-19th century. Since then it has receded by about three kilometres in length, shrinking by about 40 metres a year. Meltwater flowing down has caused several caves to form under the glacier tongue, the end of the ice stream. In earlier times, the Morteratsch glacier stretched down into the valley, which is why it is also referred to as a valley glacier. Today, the glacier is still around 6.4km long and covers an area of 14.9km2. 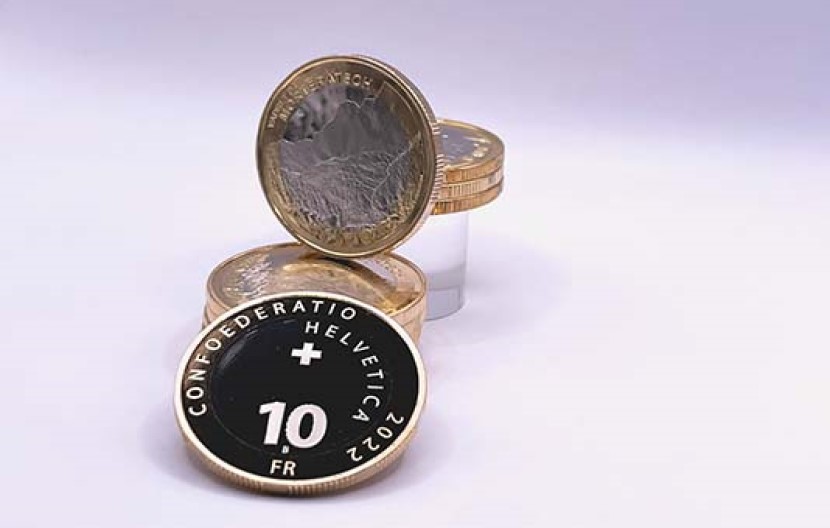 The Morteratsch glacier bimetallic coin marks the start of the three-part Swiss glaciers series. The obverse of the 10-franc coin shows the glacier nestled in the landscape and the outer ring reads “Vadret da Morteratsch enturn il 1820” (Morteratsch glacier around 1820 in Romansh). The coin was designed by Swissmint engraver, Remo Mascherini. The Rosenlaui glacier is planned as the next motif in 2023 and the Rhone glacier in 2024. 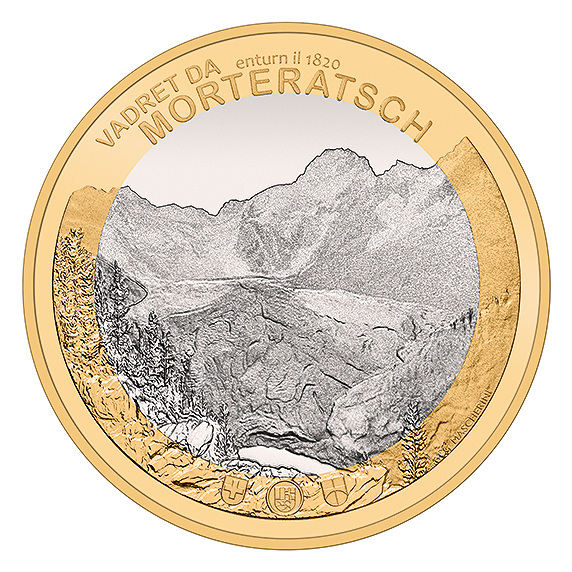 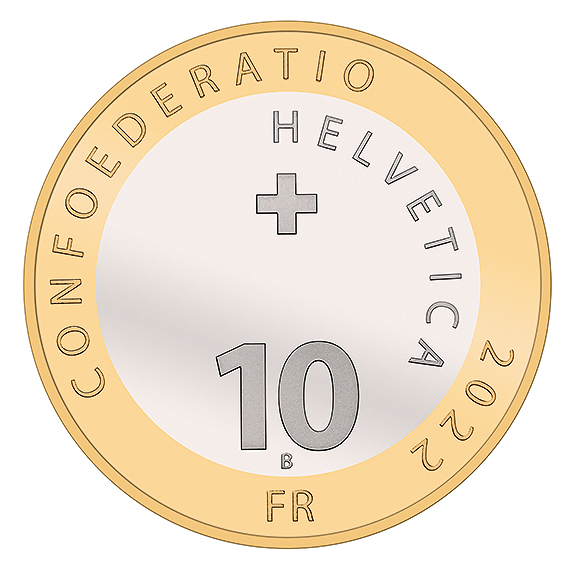 In 2022, SWISSMINT will issue two annual sets, one BU and the other BE containing the annual divisional series as well as the bimetallic commemorative coin of the new “Glaciers” series. 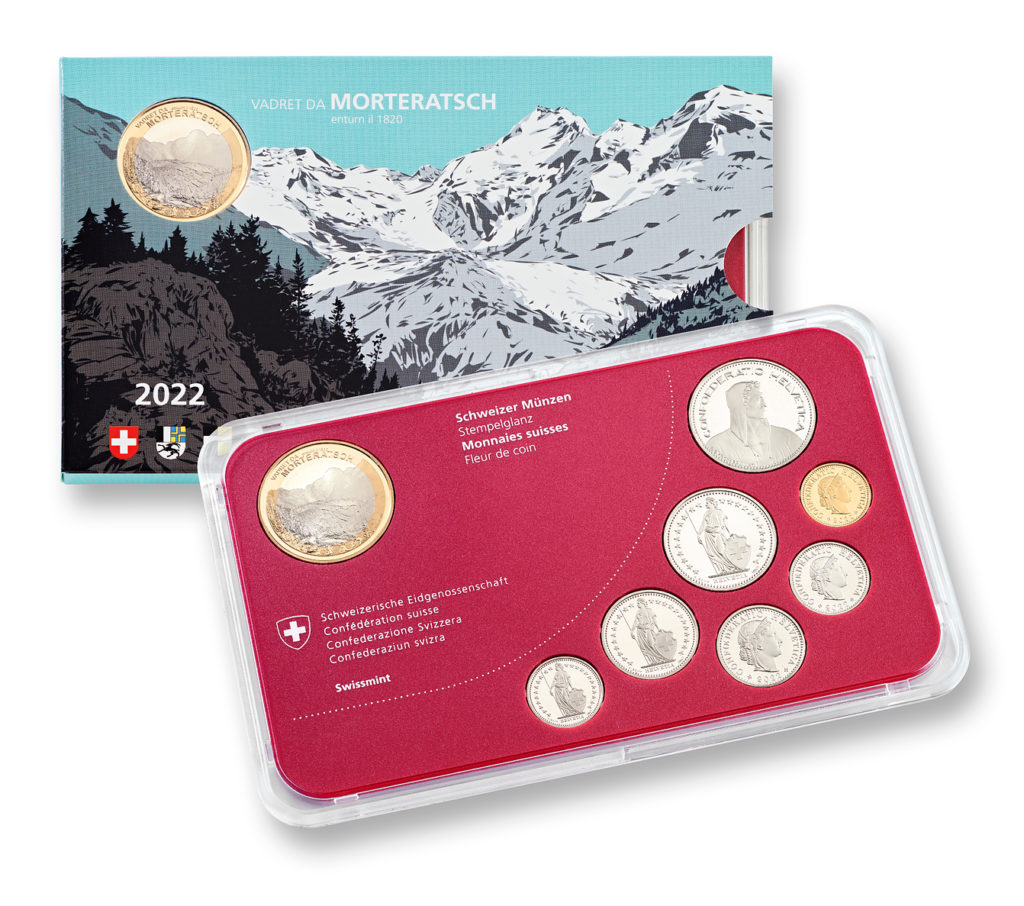 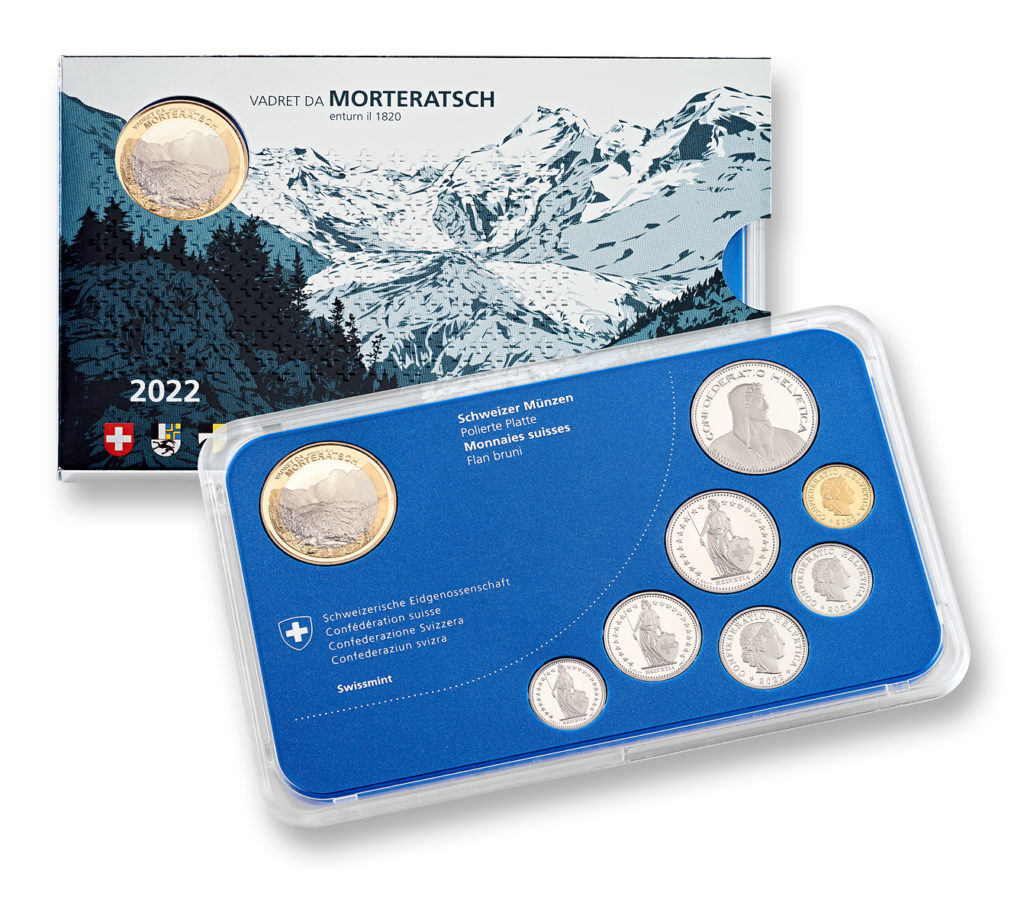 Two sets dedicated to specific personal events (Birth and Birthday) will also be issued in 2022. 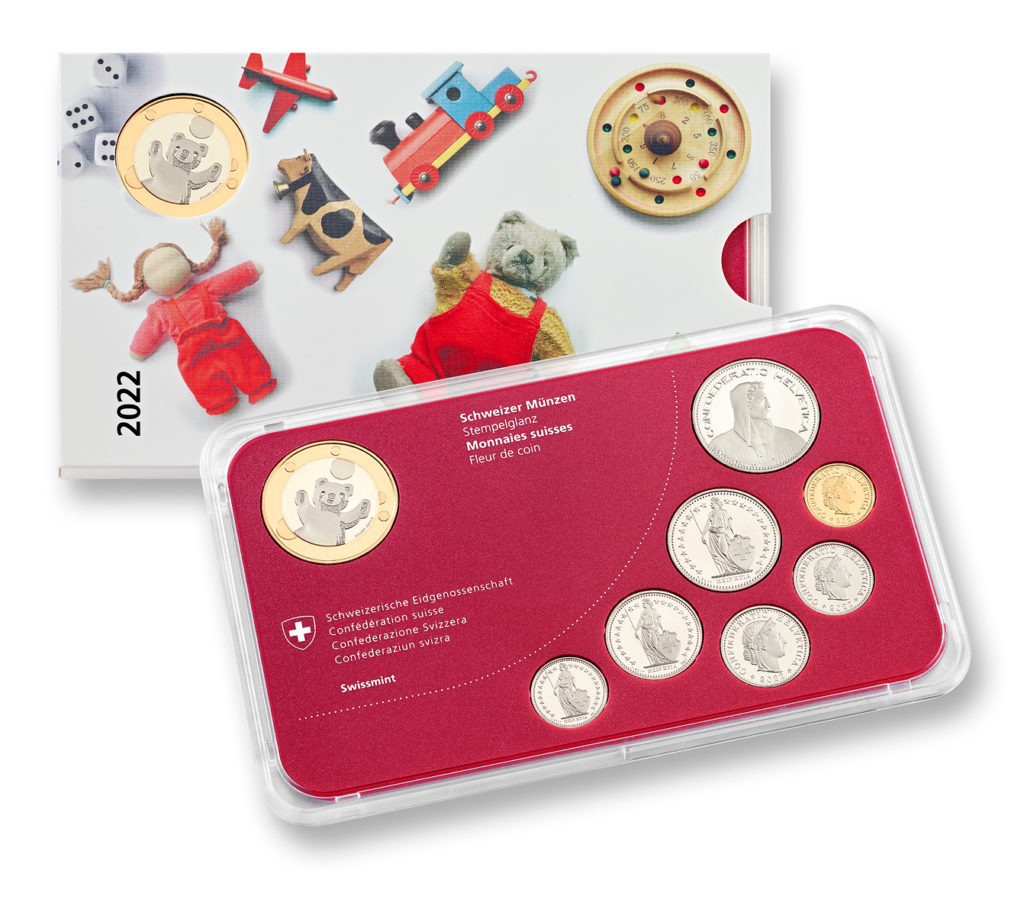 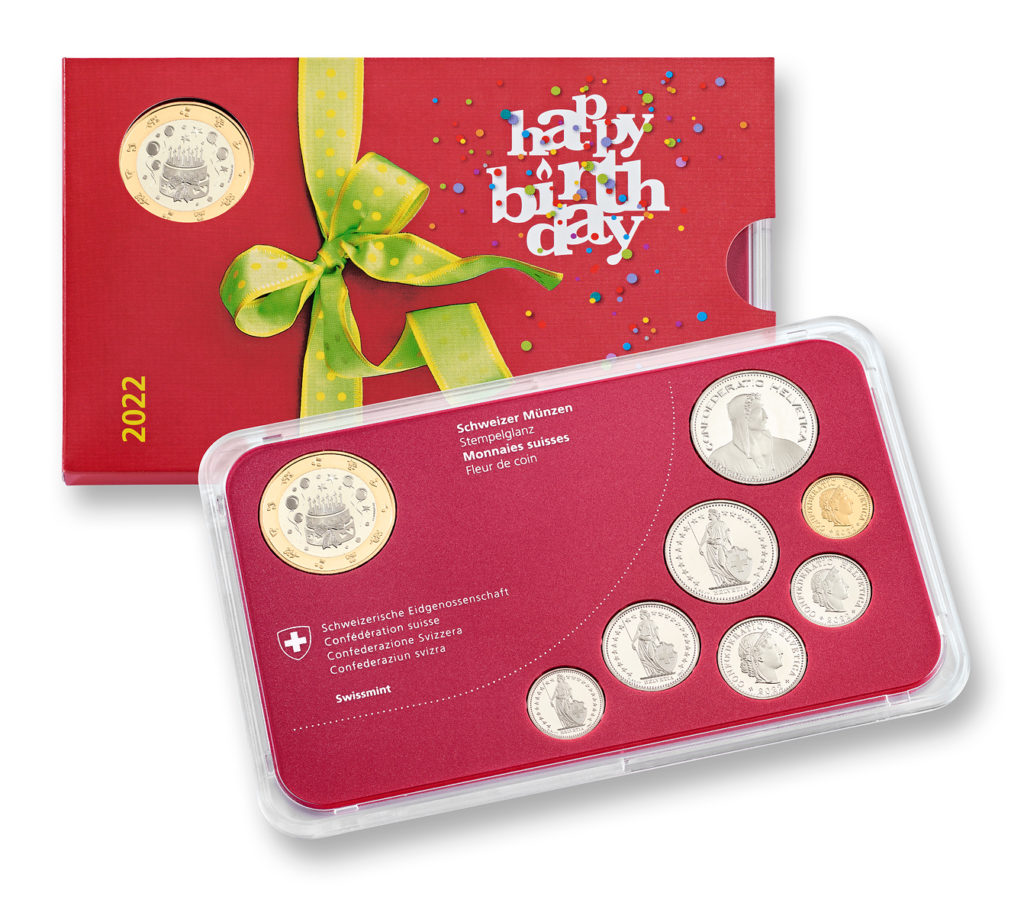 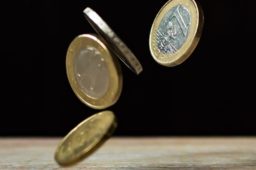 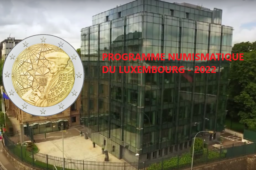 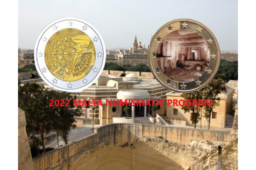