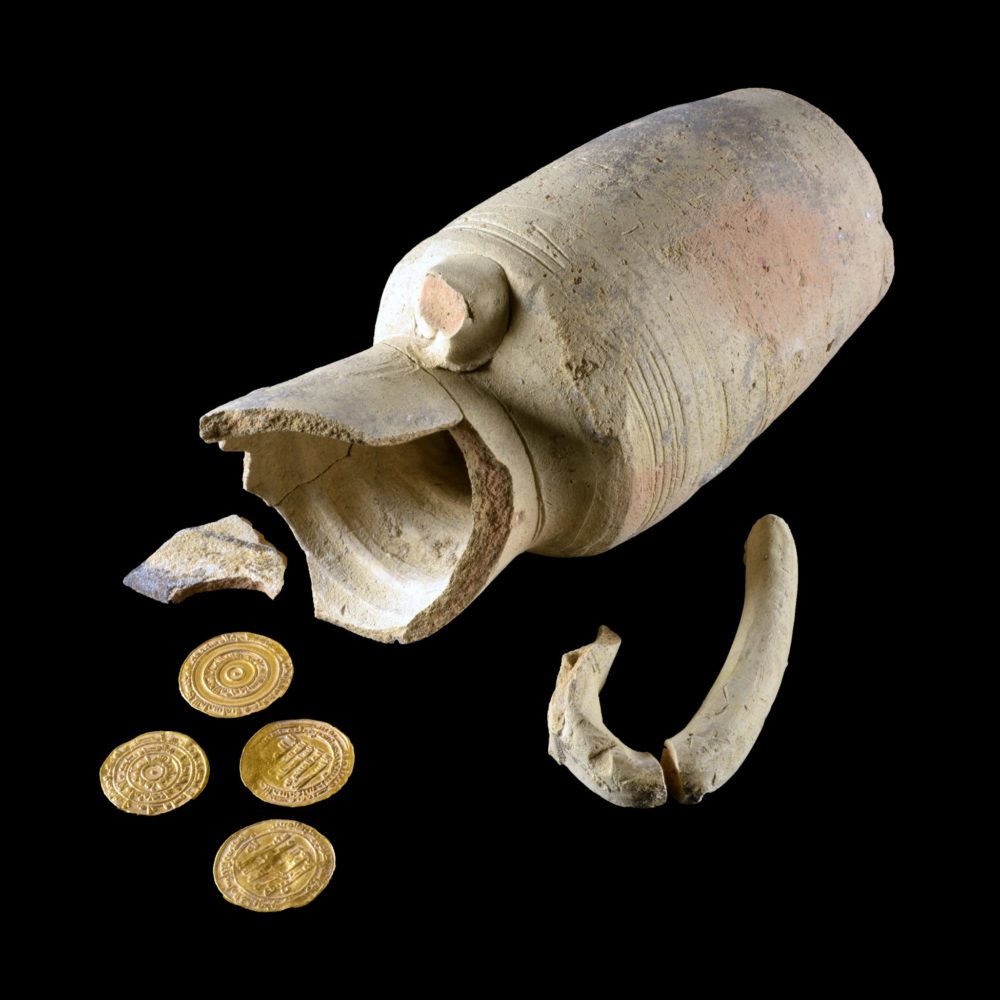 The excavations are part of an elevator-installation project initiated by the Company for the Reconstruction and Development of the Jewish Quarter in the Old City to make the Western Wall Plaza accessible for visitors to the Jewish Quarter  Israel Antiquities Authority archaeologist. David Gellman declared: “We evidently discovered an ancient savings box”.

A juglet (a small pottery jar) containing four pure gold coins dating from more than a thousand years ago (the Early Islamic period), was unearthed during archaeological excavations conducted by the Israel Antiquities Authority (IAA), as part of the Jewish Quarter Development Corporation’s plan to build an elevator and make the Western Wall Plaza accessible to visitors coming from the Quarter.

The juglet was found by Israel Antiquities Authority inspector Yevgenia Kapil during preliminary digging at the site last month. Some weeks later, as excavation director David Gellman was examining the finds, he emptied the contents of the juglet.

“To my great surprise,” says Gellman, “along with the soil , four shiny gold coins fell into my hand. This is the first time in my career as an archaeologist that I have discovered gold, and it is tremendously exciting.”

According to Israel Antiquities Authority’s coin expert, Dr. Robert Kool, “The coins were in excellent preservation and were immediately identifiable even without cleaning. The coins date from a relatively brief period, from the late 940s to the 970s CE.

This was a time of radical political change, when control over Eretz Israel passed from the Sunni Abbasid caliphate, whose capital was Baghdad, Iraq, into the hands of ​​its Shiite rivals—the Fatimid dynasty of North Africa, who conquered Egypt, Syria and Eretz Israel in those years.

The profile of the coins found in the juglet are a near perfect reflection of the historical events. Two gold dinars were minted in Ramla during the rule of Caliph al-Muti‛ (946–974 CE) and his regional governor, Abu ‛Ali al-Qasim ibn al-Ihshid Unujur (946–961 CE). The other two gold coins were minted in Cairo by the Fatimid rulers al-Mu‘izz (953–975 CE) and his successor, al-‘Aziz (975–996 CE).” 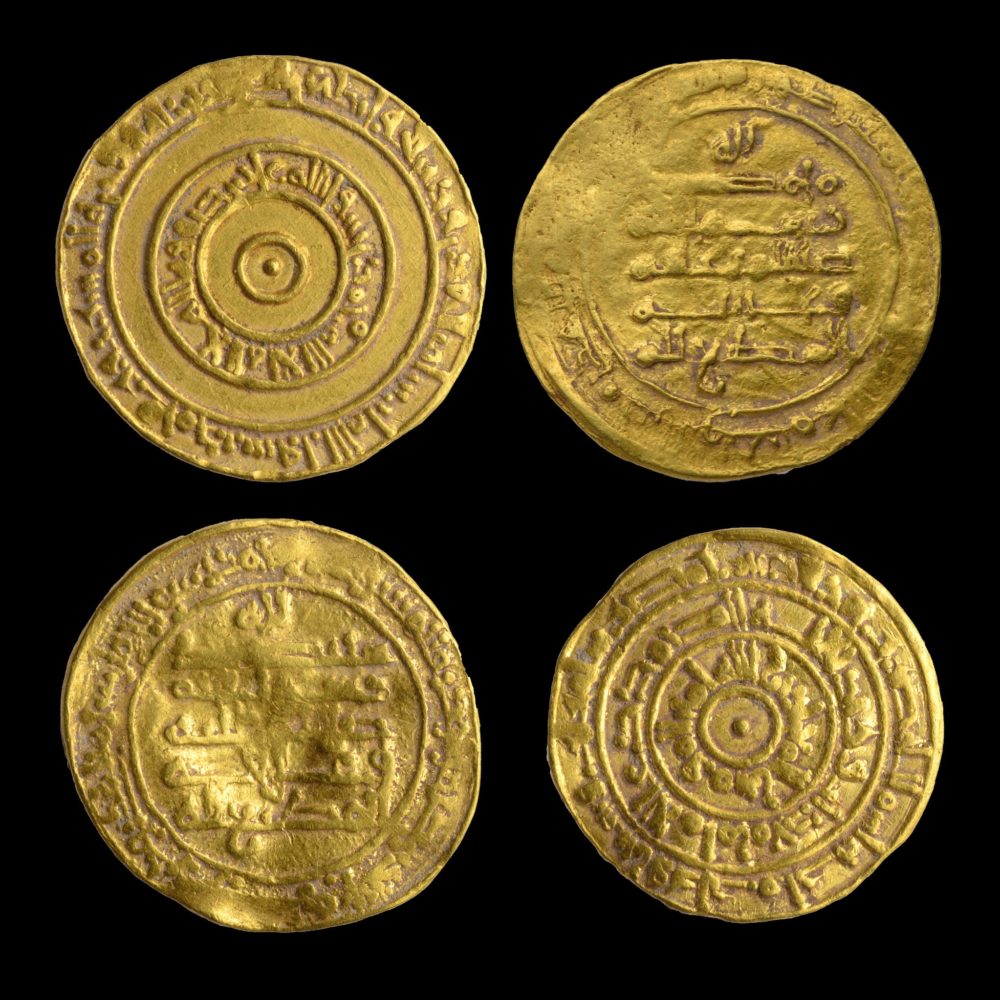 According to Dr. Kool, “This is the first time in fifty years that a gold cache from the Fatimid period has been discovered in Jerusalem’s Old City. In the large-scale excavations directed by Prof. Benjamin Mazar after the Six Day War, not far from the current discovery, five coin and jewelry hoards from this period were uncovered south of the Temple Mount.”

“Four dinars was a considerable sum of money for most of the population, who lived under difficult conditions at the time,” added Dr. Kool. “It was equal to the monthly salary of a minor official, or four months’ salary for a common laborer. Compared with those people, the small handful of wealthy officials and merchants in the city earned huge salaries and amassed vast wealth. “A senior treasury official could earn 7,000 gold dinars a month, and also receive additional incomes from his rural estates amounting to hundreds of thousands of gold dinars a year.”

Herzl Ben Ari, director of the Jewish Quarter Development Corporation, who chanced to visit the excavation site when the coins were exposed, said, “Although we are used to archaeological discoveries once in a while, it is always very exciting to uncover Jerusalem’s unique and turbulent past. Once the elevator project is complete, we intend to allow the public to view large numbers of the archaeological finds. 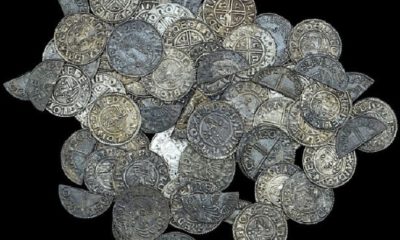